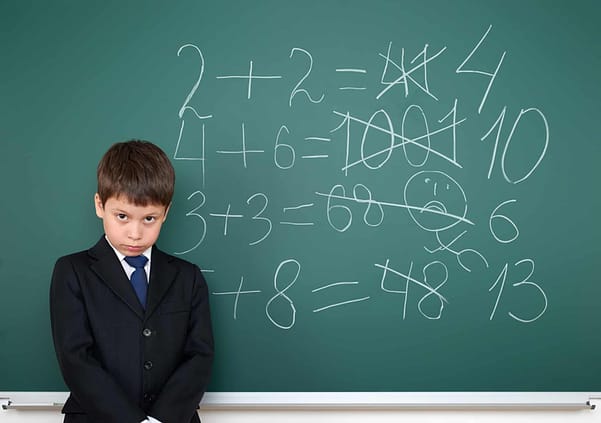 Lawmakers struggle to understand that zero new revenues is the wrong answer.

But lawmakers once again failed to figure out a stable source of future education funding.

Wyoming lawmakers cut roughly $100 million from the statewide education budget over the previous three years, from 2016 – 18. This was the mostly result of declining mineral revenues, which led to dramatic budget shortfalls across state agencies.

Fights over school funding were muted this year compared to recent sessions. This was in large part because mineral revenues had recovered somewhat and the state’s financial situation, overall, was less dire.

But Wyoming school districts are still feeling the effects of previous years’ cuts and operating with diminished local budgets. Meanwhile, without any success raising new revenues in 2019, the Legislature is once again set up for more school funding cuts next year.

The school funding debate that did take place this year involved what’s called the “external cost adjustment” (ECA). This is a wonky term for the additional funding the Legislature sometimes grants school districts so that their budgets can keep up with inflation and cost of living increases.

The Legislature approved an $18 million ECA this session. The funding is critical for school districts’ abilities to keep teacher salaries competitive with surrounding states, and thus to retain good teachers.

On the heels of three years’ worth of education funding cuts, many lawmakers viewed the ECA as necessary this session. Because of the recent cuts, the Legislature is dangerously close to violating Wyoming’s constitutional mandate that the state adequately fund public education. Had lawmakers failed to grant a sufficient ECA this year, the Legislature would have likely faced a lawsuit from several school districts as a result.

The fight fizzles out

Staff economists at the Wyoming Legislative Service Office calculated that the Legislature would need an ECA of $20 million in 2019 to meet the constitution’s education funding mandate.

As usual, the Senate demanded more cuts than the House. They countered the House’s $18 million ECA with their own proposal of $9 million. For a short while, it appeared that a knockdown drag-out between the House and Senate would take place, as it had in previous years over education funding. But after a couple days the Senate quietly relented and agreed to the House’s proposal.

Holding back the lawsuits 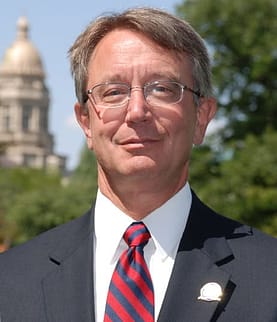 A coalition of school districts across Wyoming has already laid the groundwork for legal action against the Legislature if lawmakers hand down more budget cuts.

Ken Decaria, a former state legislator who is now a lobbyist for the Wyoming School Boards Association, said that these districts are still prepared to sue, but the Legislature’s ECA this year may keep them at bay—for now.

“There have been rumblings from people who have been unhappy,” Decaria said. “But my guess would be [the ECA] is enough to prevent a suit, because the districts know there are people in the Legislature who have been trying to get there.”

Decaria said House Speaker Steve Harshman (R-Casper), a teacher and football coach at Natrona County High School, has been one of the main lawmakers working on behalf of Wyoming schools and students.

“He’s shown the vision and leadership on education that we need to solve the funding problems we have,” Decaria said. “Historically the House has been the stumbling block, but this year they brought revenue proposals that actually passed. But the Senate didn’t take them up.”

Failure to address the structural problem

A number of efforts to raise new revenues failed during the 2019 session. Notably, a proposed corporate income tax on “big box” stores like Walmart and Applebee’s would have generated revenue specifically for Wyoming schools. The Department of Revenue conservatively estimated the new tax would raise $45 million annually for education.

“Even on the Senate side I’ve heard them say, ‘We can’t cut our way out of this problem.’”

The House passed the measure by a wide margin. But the Senate Corporations Committee, after hearing four hours of public testimony mostly against the proposal, declined to take a vote on it.

Committee Chairman Bill Landen (R-Casper) noted that the bill did not have enough support to pass the full Senate.

Decaria testified in favor of the “big box” tax to the Senate committee. He said the Legislature had taken two of the three steps necessary to fix Wyoming’s education funding crisis: it had cut spending and “modernized” its revenue streams. Lawmakers had failed, however, to take the third step—figuring out new, stable revenues.

“At some point if you’re going to talk about structural problems, you need to discuss what you’re going to do to fix them,” Decaria told Better Wyoming. “Even on the Senate side I’ve heard them say, ‘We can’t cut our way out of this problem.’”

Something worth fighting for

The proposed “big box” tax to fund Wyoming schools enjoyed the support of many high-ranking state Legislators, even those who have pushed hard in previous years for education funding cuts.

“We have a system we should be proud of in Wyoming and the funding to go with it.”

Lawmakers like Sen. Eli Bebout (R-Riverton), chair of the Senate Appropriations Committee, are now using the failure of the “big box” tax and other revenue proposals to justify further education cuts.

“We tried the tax side, especially with the lodging tax, and it failed. So my inclination now is we’re going to look at more reductions in spending,” Bebout told reporters.

Decaria said that, as frustrating as it might be to watch the Legislature fail in recent years to find stable funding for education, it’s important to remember what the big-picture effort is all about.

“The Legislature has done a miraculous job of funding education. We can never forget that point,” Decaria said. “We tend to focus on one segment at a particular time, but that does a real disservice to the amazing job that’s been done. We have a system we should be proud of in Wyoming and the funding to go with it.”

Now it’s up to school districts, boards of trustees, administrators, teachers, staff, the public—and if necessary, the courts—to keep holding legislators accountable to maintain the educational system that Wyoming has created.

Wyoming legislators make no movement toward commonsense cannabis reform—2019...
Scroll to top
Share this ArticleLike this article? Email it to a friend!
Email sent!