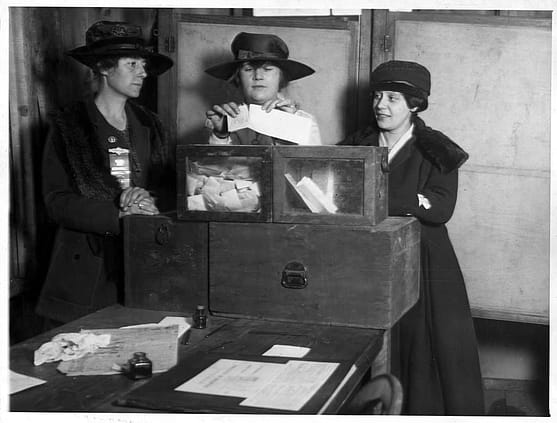 The Wyoming Legislature chose democracy over the demands of the state's ultra-dominant party.

It seemed like a far-gone conclusion at the start of the 2019 Legislative session that Wyoming voters would soon lose their ability to change political party affiliation at the polls.

It was the number one priority of the Wyoming Republican Party, and the effort was backed by GOP megadonor Foster Friess. Both considered themselves victims of sneaky Democrats who switched affiliation to vote in the 2018 GOP gubernatorial primary.

As the session proceeded, defeated bills to block “party switching” at the polls kept coming back to life, making it seem even more likely that the effort would ultimately succeed.

But in the end, however, it didn’t happen.

The 2019 Legislative session saw a number of bad bills that would limit Wyoming residents’ voting rights. Along with the proposed “primary switching” bans, another bill would have required an ID at the polls to vote.

The fact that none of these bills passed is one of the best things about this year’s session.

The quest to ban “party switching” at the polls was a strange one to watch. It began with Senate File 32, sponsored by Sen. Bo Biteman (R-Sheridan). His bill would have prohibited all voters from changing their political affiliation between May 1 and primary election day in August. 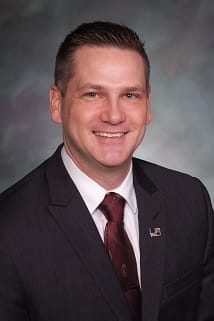 That proposed cutoff was before candidates would even be required to file to run for office. So, any voter thinking of switching parties would have to do so before they even knew who was running.

This bill was assigned to the Senate Corporations, Elections and Political Subdivisions Committee, which killed it 3 – 2.

But SF-32 didn’t stay dead for long. Committee Chairman Bill Landen (R-Casper) voted against the bill, but he changed his mind after feeling intense pressure from GOP party leadership. He brought the bill back to the committee the next morning.

Then Sen. Tara Nethercott (R-Cheyenne), who said she voted “yes” originally so the full Senate could debate the measure, pulled her own switcheroo. She voted “no” the second time around. SF-32 was killed again, 3 – 2.

Many people were shocked that the number one priority of the state’s ultra-dominant political party died so soon.

Fewer, however, were surprised when the effort came back.

Legislative leadership basically gave Biteman a “do over.” He sponsored Senate File 160, the evil twin of its predecessor. The only major difference was that it prohibited any change in party affiliation from two weeks before county clerks mailed the first absentee ballots until the primary–about six weeks.

To ensure its passage, Senate President Drew Perkins (R-Casper) bypassed the Corporations Committee and sent it to the Senate Agriculture Committee, which unanimously rubber-stamped it. The Senate passed the bill 20 – 10 and SF-160 was sent to the House.

But the House Corporations Committee refused to hear the bill, thwarting Biteman’s idea for a third time.

The “party switching” opponents felt confident the fourth time would be the charm.

Rep. Jim Blackburn (R-Cheyenne) sponsored House Bill 106, which set the new prohibition at 14 days before the primary. The House passed it 41 – 18, and the Senate Agriculture committee approved it 4 – 1.

Several Republican senators believed the bill wasn’t in their party’s best interest. Sen. R.J. Kost (R-Powell) said it would come back to haunt the GOP. Sen. Charles Scott (R-Casper) predicted voters would be rightfully upset if legislators took away their right to vote for the candidate of their choice. Scott said many people in his district remain unaffiliated until they go to the polls.

Almost unbelievably, the Senate killed HB-106 with an 11 – 14 vote. But there are 30 members of the Senate, and only 25 were present for the decision. Those who were absent almost surely would have voted with the “party switching” opponents, and rumors swirled that the zombie bill would, once again, come back to life on a technicality.

The other major attempt to limit voting rights during the 2019 session came in the form of House Bill 192, sponsored by Rep. Chuck Gray (R-Casper). While the “party switching” saga was strange to watch, this one was a nail-biter.

HB-192 was introduced and referred to the House Corporations Committee, which approved it on a slim 5 – 4 vote. Freshman Rep. Andi Clifford (D-Riverton) voted with the majority, but later said she may have made a mistake. She had amended the bill to bring attention to the voting difficulties some tribal people have on the Wind River Reservation.

During debate on the House floor, Rep. Tyler Lindholm (R-Sundance) argued HB-192 was “a solution in search of a problem.” There were no cases of voter fraud in the entire state in the 2016 and 2018 elections.

Rep. Dan Kirkbride (R-Chugwater) said county clerks know how to do their jobs. He said making people show a photo ID “would lead to inevitable confrontations that would result in voters being turned away.”

The House voted 30 – 29 on the bill’s first reading. A bill must receive a majority of the 60 elected House members on third and final reading, so the measure would have needed 31 votes to pass.

The one member absent on the first reading, Rep. Evan Simpson (R-Afton), supported the bill. He showed up for the third vote. But another backer, Rep. Dave Northrup (R-Powell), missed it, and Rep. Dan Zwonitzer (R-Cheyenne) flipped his final vote from “yes” to “no.”

So Gray’s folly died on a 29 – 30 vote, and another right-wing attempt to limit voting saw its end.

PFLAG’s decades-long history of LGBTQ advocacy and support in Wyoming...
Scroll to top
Share this ArticleLike this article? Email it to a friend!
Email sent!