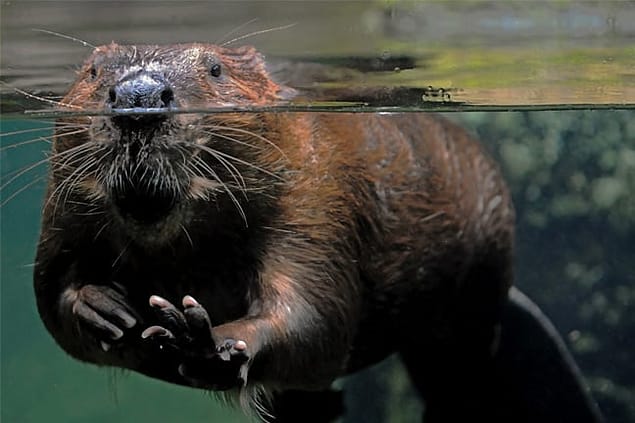 The pursuit of beaver fur brought trappers West to Wyoming in the early days of European settlement. Those trappers adapted when the fur trade went south.

Beavers nearly went extinct in the 19th century. Demand for beaver-skin hats from East Coast and European elites fueled a lucrative industry that relied on trapping the animals by the hundreds of thousands.

Luckily for these buck-toothed varmints, fashion trends changed around the 1820s and silk hats became all the rage.

The fur trade plummeted, beavers survived, and life went on.

Now imagine, if you will, that some U.S. state back then had designed its entire economy and revenue structure to depend on beavers and beaver fur products. 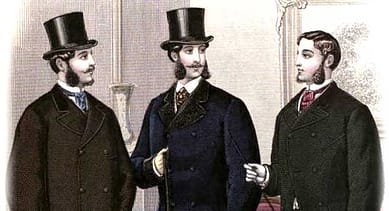 “Lucas! You can’t be seen at the ball without your beaver hat!”

You can imagine the state’s leaders howling with disdain as the world turned toward silk and shunned their furry export. You can almost hear them shouting promises that beaver would make a comeback, that it could be used for many things other than hats—pants, upholstery, blankets!

Finally, facing grim defeat, you can envision these state leaders turning inward, trying to shield themselves from the inevitable, passing laws that force taxpayers to prop up the beaver industry and compel shoppers to buy beaver products.

It’s not hard to imagine this scenario, because it’s happening today in Wyoming—not with beavers, but with coal.

Our half-a-billion-dollar-a-year (and growing) problem

The coal industry’s recent plummet has cost the state of Wyoming $500 million a year in lost revenues, with more losses to come. Coal-fired power plants are being retired at an accelerating rate, and most existing plants have a retirement date.

For decades, Wyoming has endured the boom-and-bust cycle that results from its dependence on volatile mineral industries. But with no signs that the coal industry will ever revive, Wyoming faces a coal bust with no boom in sight.

As a result, the Wyoming State Legislature has cut the state’s budget to the smallest it’s been in 15 years and has slashed statewide spending on public schools by $100 million. Other critical state agencies have seen deep cuts, as well.

The state’s general fund budget is balanced only thanks to a recent upswing in oil markets that could drop at any time.

Still, the state faces a $300 million education funding deficit, and the state’s general fund budget is balanced only thanks to a recent upswing in oil markets that could drop at any time.

Panels, consultants, scholars, former lawmakers, and sane voices all around agree that Wyoming must diversify its tax structure and decrease its dependence on mineral revenues.

But during the 2019 session, with corporations and right-wing activists shrieking “NO NEW TAXES” in its ears, the Legislature defeated proposals to implement corporate or personal income taxes, a statewide lodging tax, to increase property and cigarette taxes, and to remove useless sales tax exemptions.

They failed to even consider a variety of other potential new sources of revenue, instead choosing to double down on the proverbial beaver.

Saving coal no matter the cost

Wyoming lawmakers have undertaken a number of recent efforts to prop up the coal industry. None seem promising.

During the last Legislative session, lawmakers passed a bill to make closing coal-fired power plants in the state much more difficult.

Senate File 159 forces utility companies like Rocky Mountain Power to make a “good faith effort” to find buyers for failing coal-fired plants rather than simply shutting them down. If the utility does find a buyer, the utility must then turn around and purchase power from that coal-fired plant’s new owner, no matter how much it costs.

Studies from 2018 and 2019 indicate that continuing to operate coal-powered plants is financially unworkable, and renewables are less expensive.

Rocky Mountain Power’s parent company, PacifiCorp, was considering closing four of its Wyoming coal-fired plants and replacing them with solar, wind, and natural gas-powered operations. The company reported it could save customers $248 million over the next two decades by closing its most costly coal plants by 2022.

Waiting for the “clean” coal revolution

Other efforts to prop up coal include trying to transform the dirty ol’ rock into shiny new “clean coal.”

Surely a product that fewer and fewer people are already buying will become more attractive if it’s subjected to a complex process that makes it more expensive.

The state of Wyoming has already dumped $15 million into the clean coal dream by financing the Integrated Test Center in Gillette. It added another cool half-million recently by funding a collaboration to create yet another clean coal facility in the Powder River Basin—a project the University of Wyoming will spearhead.

Meanwhile, budget cuts to non-mineral sectors of UW have resulted in the closures of entire departments, widespread layoffs, and a mass exodus of talented young faculty who’d rather not spend their careers in a glorified community college.

Surely a product that fewer and fewer people are buying will become more attractive if it’s subjected to a complex process that makes it more expensive.

Clean coal believers have a champion in new Wyoming Governor Mark Gordon, who claims that the product will—paradoxically—be key to fighting climate change.

Gordon is also exploring options to sue the state of Washington over its decision to block the construction of coal export terminals that would allow Wyoming to ship (un-clean) coal to Asia.

By the time any such lawsuit is settled, China will likely have transformed into the world’s renewable energy superpower.

The world puts on its silk hat

One can find a Western alternative to Wyoming’s quixotic “coal-or-nothing” approach by looking south.

No, not in Colorado. Keep going.

New Mexico recently joined Hawaii, California, Washington, D.C., and Puerto Rico in establishing a goal of totally clean energy. The Land of Enchantment has set its targets at 80 percent renewables by 2040 and 100 percent carbon-free by 2045.

Wyoming will be stuck trying to prop up its dying carbon-based industries until it can generate some new forms of revenue.

What about mining jobs New Mexico will lose? The state will provide each closing coal plant and mine up to $20 million for severance and worker training, create a $15 million assistance fund for displaced workers, and set aside $30 million for plant decommissioning and mine reclamation costs.

Could Wyoming do something similar? Maybe. But without reforming our tax structure and decreasing our dependence on mineral revenues, Wyoming has no real way of funding state agencies, public services, and infrastructure that we all depend on.

As a result, the state will be stuck trying to prop up its dying carbon-based industries until it can generate some new forms of revenue.

But the coal market is going the way of the beaver fur trade whether Wyoming likes it or not, and global recognition of climate change threatens the future of our state’s other carbon-based industries.

It’s as though the world is taking off its beaver fur hat and switching to silk.

Wyoming has never been a place keeps up with fashion trends. But we’d be wise to pay attention to this one.

Proposal would help stop corporations from sucking profits out of Wyoming
Scroll to top
Share this ArticleLike this article? Email it to a friend!
Email sent!