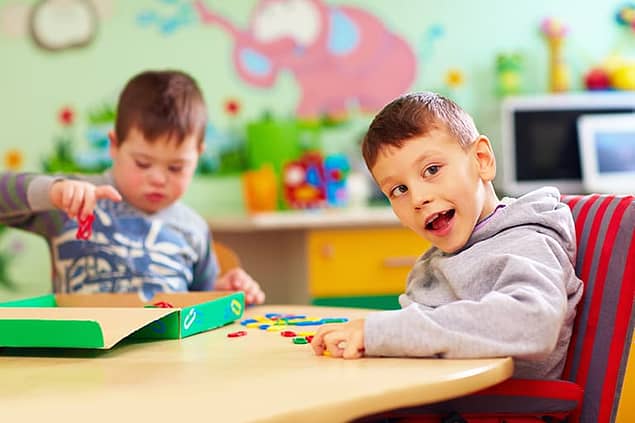 Wyoming is the only state in the nation that doesn’t receive any federal Medicaid funding to pay for special education. Instead, lawmakers have chosen to depend solely on Wyoming’s own mineral tax revenues to cover the costs of educating students who need extra help because of a disability.

But as mineral revenues plummet with the decline of coal, Wyoming’s ability to pay on its own for special education has come into question. During the 2018 Legislative session, lawmakers decided to cap the amount of money the state spends on special ed.

That means the state won’t provide Wyoming school districts any higher level of funding than they currently receive for special education.

As a result, school officials and lawmakers have been left wondering what will cover the funding gap as special education costs inevitably rise. Some have suggested Wyoming finally join the rest of the nation and leverage federal Medicaid funds.

But setting up the necessary processes to receive the funding will require upfront investment and increased administration. And, despite the commonsense appeal of accepting money the federal government openly lays on the table, there remain lawmakers who simply think we shouldn’t dedicate further resources to educating Wyoming’s kids.

Getting Medicaid dollars for special education seems like a “no-brainer.” But there’s no such thing as a “no-brainer” when it comes to the Wyoming Legislature.

At a meeting of the Legislature’s Joint Revenue Committee earlier this summer, Wyoming Department of Education chief operations officer Trent Carroll explained that, over the past decade, average annual state special education costs have increased 3.2 percent, largely due to inflation.

If these costs keep rising while state funding remains capped, Carroll said, Wyoming school districts will face a $9.35 million shortfall this year in special education funding. That figure will grow as time goes on.

Meanwhile, limiting special education is not an option. Federal regulations require districts to offer special education services to all students who need them. Schools can’t turn students away or deny them services just because a district is strapped for cash.

Furthermore, failure to provide special education services can lead to lawsuits against school districts. Those can cost even more than providing special ed services.

The “out of district placements” factor

When the Legislature capped special education funding, it created a $1 million account to act as a buffer for school districts to draw from in the case of unforeseen costs.

“It can happen in one week, when the wheels just come off [of the budget].”

But it’s not a sustainable funding source, particularly because of what are called “out of district placements.”

If a school district where a child lives cannot provide adequate special ed services, the child will typically be sent to a residential program somewhere else that can meet his or her needs—with the home district footing the bill.

Costs for this type of service can reach $100,000 – 200,000 per student, and there are many rural school districts in Wyoming that find themselves in this situation.

A few new special ed students can eat up a $1 million account in a hurry.

Albany County special education director Steve Slyman said that, oftentimes, school districts cannot plan for the arrival of a students who requires costly help—they just show up when their parents move to town.

“It can happen in one week, when the wheels just come off [of the budget],” Slyman told Better Wyoming. A special education student’s behavior can also deteriorate to the point where a school can no longer offer adequate support services such as speech language pathologists or physical education therapists.

In these cases, Slyman said, “You often have to look out of state where you can find a bed and the expertise you feel you need.”

No such thing as easy money

Alvarez and Marsal, a consulting firm the Legislature hired to conduct an efficiency study for Wyoming state government, recommended that the state apply for Medicaid to help cover the costs of special education.

“Essentially, your local school districts would be turned into [Medicaid] billing offices.”

The firm estimated that Wyoming would receive about $7 million annually.

But applying for Medicaid funding isn’t as simple as turning on a faucet and waiting for millions of dollars to start pouring in from the feds. The Legislature would need to authorize a plan, and the federal Centers of Medicare and Medicaid Services would have to approve it.

Plus, it would cost money up front to build the necessary infrastructure to receive and administer the funds. There’s also a chance that cost of administering the Medicaid funds would largely negate the savings.

“To save money on this you’re going to have to spend money,” Brian Farmer of the Wyoming School Boards Association told the Legislature’s Education Committee. “Essentially, your local school districts would be turned into [Medicaid] billing offices. Somebody has to process those claims.”

But in the end, Farmer said, it’s all about the special education students. “It’s kind of scary when you hear that a kid is going to get this or that based on a kind of billing scenario, as opposed to what is the appropriate education for the child. I hope that continues to be our driving force in Wyoming.”

The Wyoming Association of Special Education Administrators is working with state legislators on the issue. The organization will host a conference in Laramie Sept. 18 – 19 to examine ways districts will deal with the state funding freeze, including possibly leveraging Medicaid funds.

Wyoming lawmakers have a “cultural bias” against accepting federal fund...
Scroll to top
Share this ArticleLike this article? Email it to a friend!
Email sent!