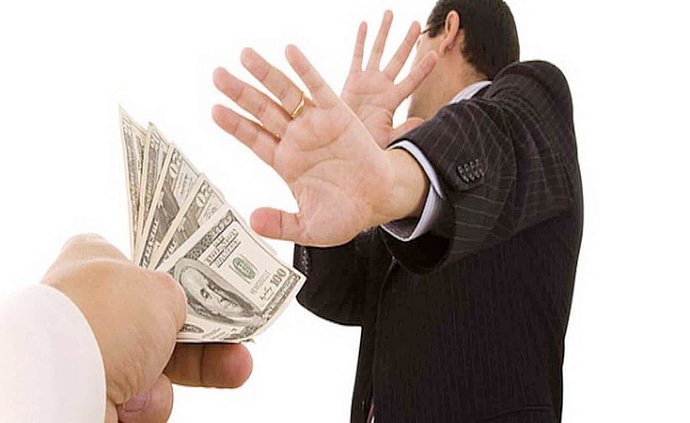 Wyoming misses out on millions of dollars the federal government offers us.

The Wyoming Legislature’s decision to reject Medicaid expansion since 2013 has cost the state $120 million a year in lost federal funds.

This is the most well-known example of Wyoming choosing not to take money that the federal government has left on the table for us.

But it’s far from the only one.

In fact, consultants hired by the Legislature to examine ways to make Wyoming’s government more efficient found that rejecting federal money for no good reason is basically the Wyoming Way.

“There is a cultural bias away from federal funds [in Wyoming], where small amounts of resistance discourage full evaluation of opportunities to gain additional funds,” consultants from Alvarez and Marsal wrote in a report.

Decisions not to take advantage of federal funds often have more to do with Wyoming lawmakers’ ill feelings toward Washington, D.C. than with logic. But as the state continues to struggle with plummeting mineral tax revenues and a budget crisis, these feeling-based decisions might become harder to justify.

Among the different types of available federal funding that Wyoming chooses to forego, Alvarez and Marsal’s report highlighted Medicaid dollars the state could use to fund special education.

In good economic times, legislators haven’t had to explain why they’ve chosen not to take the available money like every other state in the nation.

Wyoming is the only state that does not pursue Medicaid funding for special education, the consultants noted. As a result, the state loses at least $7 million a year.

In good economic times, legislators haven’t had to explain why they’ve chosen not to take the available money like every other state in the nation. Wyoming has always been able to rely on mineral revenues to fully fund special ed.

But the minerals industries’ ongoing downturn has prompted state budgets cuts, and lawmakers did not spare children with special needs. During the 2017 Legislative session, they voted to freeze the amount the state can spend on special ed.

As a result, school districts will face an estimated $9.2 million shortfall in special education funding this year, and the figure will grow as costs increase with inflation.

Following Alvarez and Marsal’s recommendation, the Legislature is now trying to figure out how to capture Medicaid funding. The estimated $7 million the state could receive would go a long way toward closing the special ed funding gap.

This isn’t rocket science, but the agencies haven’t done it before.

But securing the funding is not a slam-dunk.

First, the state must put together a plan to receive and administer the monies. This will involve the Wyoming Departments of Education and Health coordinating with school districts to set up plans to use Medicaid dollars to reimburse districts for their special education costs.

This isn’t rocket science, but the agencies haven’t done it before, and it’s far from foolproof—especially since both state agencies and school districts have seen staff and funding cuts as a result of Wyoming’s budget troubles.

Then, the Legislature will have to approve the agencies’ plan. That means legislators who treat federal funds like the plague—and who don’t want to be seen approving any kind of “Medicaid expansion” with federal dollars—could still say “no.”

Even then, if the Legislature approves the plan, the federal Centers for Medicare and Medicaid Services would need to vet it, which isn’t a guarantee.

“No thanks” to juvenile justice funds

Wyoming has said “no thanks” to federal funding on other occasions.

The state has declined since the 1980s, for instance, to secure an annual $380,000 federal juvenile justice grant that literally every other state in the nation receives.

The federal Office of Juvenile Justice and Delinquency makes the money available each year to states, but Wyoming doesn’t bother to follow the guidelines necessary to secure it.

The biggest hitch: Wyoming won’t pass a law to make sure juveniles and adults are separated when they’re in jail.

This is something most people would agree Wyoming should do even without money involved. But the fact that it’s resulted in Wyoming losing $10 million over the years that could have gone toward improving juvenile justice makes the decision simply stupefying.

Right-wing lawmakers and organizations claim that Wyoming’s government is too big. In fact, one such organization, the Wyoming Liberty Group, was the driving force behind the Legislature’s decision to hire Alvarez and Marsal to find efficiencies.

Wyoming often foregoes federal funding precisely because our agencies are understaffed and overworked.

To the Liberty Group, “finding efficiencies” is shorthand for cutting government jobs.

Alvarez and Marsal’s consultants found that Wyoming often foregoes federal funding precisely because our agencies are understaffed and overworked. They simply don’t have the bandwidth to apply for and administer some types of federal funding.

For example, Alvarez and Marsal’s consultants found that many Wyoming school districts don’t receive federal funding for nutrition programs. Their report explains: “Agencies and school districts [in Wyoming] are reluctant to pursue federal funds due to administrative tracking, reporting and compliance requirements.”

In other words, they live with the problem rather than do more paperwork, or simply rely on state funds that could dry up.

John Rust, a senior director with Alvarez and Marsal, told Better Wyoming that many school districts simply didn’t have the capacity to pursue federal funds because their administrators are already doing so much.

“In a small district, the superintendent, finance person, human resources person, they all have 10 jobs already,” Rust said. “You can’t put all [the responsibilities for applying for federal grants] on one person.”

Do what you can with what you’ve got

State funding cuts result in agency staffing shortages, which results in the inability to secure federal funds. This is precisely the type of cycle right-wing outfits like the Wyoming Liberty Group want to see, so that public institutions are crippled.

But in cases where federal funding seems out of reach because of lack of capacity, there remains opportunity, Rust said.

For instance, there are ways small school districts with enrollments between 100 and 500 students can obtain more federal funding for nutritious food distribution programs if they can work together with larger districts.

“It would require more coordination, but you would have one school district become the fiscal agent for these others,” Rust said. “Some of that already happens, but there are more opportunities for increased coordination, especially in health-related areas.”

Rust said Alvarez and Marsal estimated that Wyoming school districts could see an additional $1.5 million a year in federal funding if they pursued this track, along with savings that result from a decrease in duplicated efforts.

While the Wyoming Legislature continues to refuse to diversify the state’s tax structure and generate new revenues, securing federal funds is a potential way to offset some losses Wyoming continues to experience from the decline of mineral revenues.

It won’t be nearly enough to cover the damage from coal’s decline, but it makes sense to accept available money.