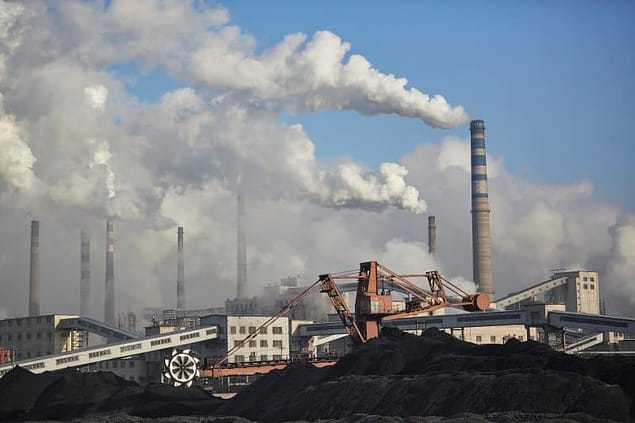 Wyoming coal contains less sulfur than coal from the Midwest or Appalachia. But companies didn't care until federal regulations forced them to care.

But ask that same politician what made Wyoming the nation’s coal-fired energy capital in the first place, and it’s doubtful they’ll admit that meddling from Washington, D.C., gave rise to the mighty Powder River Basin coal patch.

Prior to the federal government imposing emissions standards on power plants in the 1970s and 1990s, utilities had little incentive to look far afield for coal—and very few looked to Wyoming.

“The Powder River Basin was recognized as a large source of coal that could potentially be shipped around the country, but most companies bought coal locally because of how expensive it was to ship such a bulky, heavy commodity long distances,” Rob Godby, director of the University of Wyoming’s Center for Energy Economics and Public Policy, told Better Wyoming.

“Most companies bought coal locally because of how expensive it was to ship such a bulky, heavy commodity long distances.”

But once those nanny state bureaucrats in D.C. started picking winners and losers in the energy industry by imposing environmental standards, they disrupted the free market in manner that favored Wyoming’s low-sulfur bituminous.

With the signing of a few burdensome regulations that handicapped its competitors in Appalachia and the Midwest, Wyoming’s coal industry sprang to life: Powder River, Let ’Er Buck!

In the 1950s, scientists realized that coal-fired power plants in the Midwest and Appalachia were spewing sulfur dioxide and other harmful gases into the air, turning clouds and rainfall acidic.

Acid rain poisoned rivers, lakes, forests, and everything else it touched. 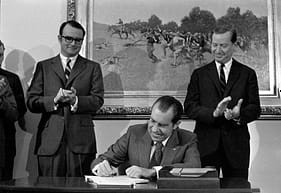 This meant power plants could either install very expensive “scrubbers” to reduce sulfur dioxide output or, alternatively, they could burn coal that contained lower concentrations of sulfur to begin with.

Energy companies knew Wyoming contained entire underground mountains of low-sulfur coal. And providers that had previously thought it would be too expensive to mine and ship from the Powder River Basin began to reconsider.

Meanwhile, revisions to federal railroad statutes in the 1980s drove down the cost of train transport, making it profitable to ship coal from Wyoming back East.

With the cost of burning sulfurous Appalachian and Midwestern coal going up, and the cost of transporting low-sulfur Wyoming coal going down, the Powder River Basin became positioned to make a killing.

A coal patch unlike any other

While shipping Powder River Basin coal is burdensome, getting it out of the ground is not. The area has an abundance of low-sulfur coal located near the earth’s surface. It’s far easier to extract than coal reserves in Appalachian mines, for instance, which have to be brought up from underground shafts.

“The cost differential between surface mining and underground mining was strongly in favor of surface mining,” retired University of Wyoming historian Phil Roberts told Better Wyoming. “It gave Powder River country a leg up over a lot of other regions. Then the Clean Air Act capped it all off.”

Wyoming surpassed West Virginia to become the nation’s top coal producer in 1984. The gap kept growing between the Cowboy State and all the rest in the decades after that.

“It was a straight-up trend line, it just kept going higher on the basis of these positive developments in the market,” Godby said. “There are very few places in the world that have deposits like the Powder River Basin—maybe Mongolia—where you have walls that are 200 feet high and a mile wide. They’re just gigantic. It created an economy of scale—the larger you make the mine, the cheaper it is to produce coal.”

Powder River Basin production reached its peak in 2008 at 466 million tons and 6,760 workers. But it’s been all downhill from there.

In 2008, the Great Recession dramatically decreased the nation’s demand for electricity—coal-fired or otherwise—stifling growth across the energy industry.

Even worse for coal, oil and gas producers in 2008 began combining two established mining practices—horizontal drilling and hydraulic fracturing—and in doing so opened up vast deposits that were previously too expensive or difficult to extract.

“The game changer that upset the apple cart was fracking in 2008,” Godby said.

“Capital costs are much lower for natural gas plants, they use less labor, and there is less fuel processing. You just connect to a pipeline.”

Natural gas power plants are about a quarter as expensive to operate as comparable coal-fired plants.

“Capital costs are much lower, they use less labor, and there is less fuel processing,” Godby said. “You just connect to a pipeline.”

In 2015, Obama unveiled his signature climate legislation, the Clean Power Plan, which included retiring coal-fired power plants. Six months later, the Supreme Court blocked the plan from going into effect at the behest of 27 states, including Wyoming, along with various business interests.

Obama’s proposal certainly did not help the coal industry. But since it never took effect, it’s hard to blame the law for the Powder River Basin’s woes. Nevertheless, Wyoming politicians do exactly that.

When Blackjewel declared bankruptcy in July and closed its Eagle Butte and Belle Ayr mines, for instance, Congresswoman Liz Cheney beat the dead horse she’s been bludgeoning since her arrival in Wyoming.

“While the Trump Administration has made great strides in reversing President Obama’s war on coal, a number of factors, including the far-reaching impact of regulations that unfairly penalize this industry, are still causing pain in Wyoming,” Cheney said.

In reality, the Wyoming coal industry owes its decline to “that harshest of mistresses, the free market,” as Cheney’s 2018 electoral challenger, Rod Miller, put it.

The writing on the wall

The coal industry’s welfare in the hands of the free market appears far worse than Godby, or just about anyone, would have imagined a short while ago.

“Current market-driven output declines for coal are as bad as the worst-case scenario that we expected under the Clean Power Plan.”

In 2015, in light of the Clean Power Plan, he and other Wyoming economists looked at coal industry projections.

“The bottom line is that current market-driven output declines for coal are as bad as the worst-case scenario that we expected under the Obama administration’s Clean Power Plan, if it had gone into effect,” Godby said.

Meanwhile, even if the coal industry is imploding faster than expected, it’s not as though decades of discussion about climate change didn’t indicate that it might be a good idea for coal-dependent economies like Wyoming to look toward diversification.

And while Wyoming leaders whine, pass the buck, and place the blame on “oppressive federal regulations,” they seem even more foolish when you realize that it was federal regulations that created Wyoming’s coal industry in the first place.

Opponents of a proposed Wyoming corporate income tax say it’s unconstitutional....
Scroll to top
Share this ArticleLike this article? Email it to a friend!
Email sent!