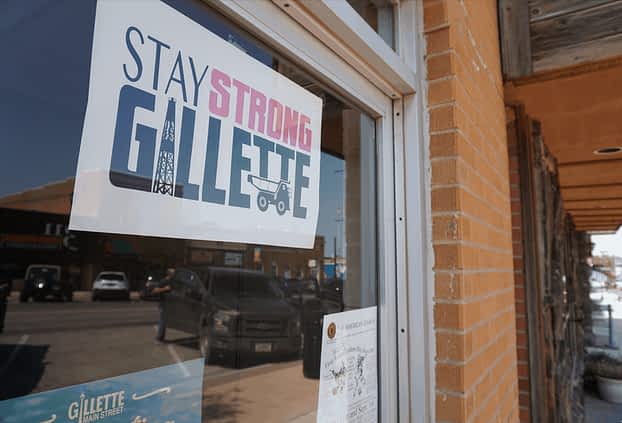 Without decisive action from state leadership, staying strong is about all folks in coal-dependent places like Gillette can hope to do.

As the coal industry collapses, Wyoming state leaders’ responses have been somewhat less than heroic.

Some have decided to sulk and point fingers, like Gov. Mark Gordon’s energy policy advisor, Randall Luthi. At a recent conference, Luthi blamed “anti fossil fuel groups” who had run a “much better campaign than the fossil fuel industry” and that caused coal companies to “lose badly in the court of public opinion,” he said.

This, of course, ignores the fact that cheap natural gas, which is also a fossil fuel, is largely responsible for coal’s decline.

Other lawmakers seem to be approaching the problem with a hope-based strategy: They hope the coal industry will simply come back, along with the hundreds of millions of dollars in tax revenue the state has lost each year during coal’s decline.

After all, busts are always followed by booms, right?

Meanwhile, officials who have chosen not to simply sit on their thumbs have taken actions that range from impotent to ludicrous. They include creating a task force that makes no recommendations, a marketing push to inform the world that Wyoming still has coal, a law to force coal-powered utilities to stay open, and—everyone’s favorite—a lawsuit against another state to force it to help prop up Wyoming’s coal industry.

These efforts come at the same time as lawmakers roll out brilliant “economic development” plans such as bringing nuclear waste to Wyoming, building private immigration prisons, and other means of making Wyoming a place no one wants to live.

We were heartened to learn that Gov. Mark Gordon had formed a working group of economists to forecast how far the coal industry may fall. 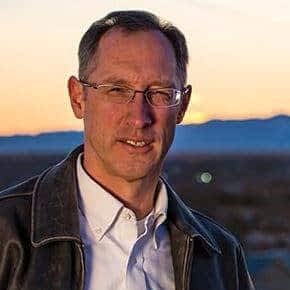 These experts from state agencies and the University of Wyoming, we thought, might provide a sobering look that would wake up some state legislators.

But then we were disheartened to learn that this group of experts would be making no recommendations—not even a hint—as to what state leaders should do in response to the dire scenario they present.

Instead, the group will simply provide information so state lawmakers can develop ideas on their own about how to address the problems. But this gives lawmakers cover to continue to do nothing to address the massive revenue shortfall facing the state.

As a result, you’ve got people like Rob Godby, director of the University of Wyoming’s Center for Energy Economics and Public Policy, providing clear testimony with dire warnings to various legislative committees, only to have those committees ignore him or propose something dumb.

In August, Godby explained to the Legislature’s Joint Minerals Committee that Wyoming’s coal woes are tied to national and international market forces that Wyoming has no control over.

“This is a permanent change. Gas, renewables, are all cheaper than coal, and this is going to continue as the technology keeps rolling.”

Coal’s share of the nation’s overall energy portfolio, he said, had been cut in half in the last 15 years. This is a result of fracking making natural gas far cheaper for energy production.

Godby emphasized that “this is a permanent change. Gas, renewables, are all cheaper than coal, and this is going to continue as the technology keeps rolling,” he said.

But coal seems to have a cheerleading squad at every committee meeting that considers it. This time, it was led by Travis Deti, executive director of the Wyoming Mining Association. Deti claimed that, despite Wyoming’s aging coal-fired infrastructure and utilities announcing coal plant closures, the price of coal could at least “hold steady” in the long run, even while renewables and gas are already cheaper.

The mining lobbyist said it’s not time to throw in coal’s towel just yet.

This comment received hearty “amens” from the committee’s co-chairmen, Sen. Jim Anderson (R-Casper) and Rep. Mark Greear (R-Worland), who are also members of the cheerleading squad.

For Godby, it must be rough sometimes to be the only person in the room not suffering from delusions.

A bust with no boom

Godby is, occasionally, not alone. At another recent legislative committee meeting, Gov. Gordon’s Chief of Staff, Buck McVeigh, urged lawmakers to recognize that what we’re experiencing isn’t just another part of Wyoming’s famous boom-and-bust cycle. McVeigh is also part of the working group to look at coal’s decline.

“We’ve always managed to recover by means of pulling a rabbit out of a hat. As a group, we’re not finding any rabbits.”

“Our [state budget] funding inadequacy is going to continue—this is really not a blip on the radar screen,” McVeigh told the committee. “We’ve had blips before, and we’ve always managed to recover by means of pulling a rabbit out of a hat. As a group, we’re not finding any rabbits that are coming into play at this point.”

Sen. Chris Rothfuss (D-Laramie), another rare sane voice, said these “rabbits” had been responsible for allowing the Legislature sit idly by for decades and depend on minerals, as though the party would never end. He emphasized to his colleagues that, this time, inaction is not an option.

“We’re hearing that everything’s fine. It’s not,” Rothfuss said. “We have to take action as a committee. … [The problems are] not going to take care of themselves.”

So, we have to do something in response to the crippling loss of our coal industry and the hundreds of millions of dollars in revenue it provided the state. But what?

One obvious answer, of course, is to figure out new forms of revenue. Wyoming residents pay the lowest taxes in the nation, thanks to our dependence on mineral tax revenues. The state could stand to raise a few of its rates, and there are smart ways to do it without hurting working and middle class people.

The Joint Revenue Committee has taken a positive step of sponsoring a proposed corporate income tax that would affect huge companies like Walmart while sparing mom and pop shops. It would raise an estimated $23 million a year, which is a start.

Meanwhile, a special short-term legislative committee focused on coal is working to figure out how to better collect the taxes coal companies already owe.

Other approaches go out of their way to avoid raising new revenues, which is perhaps why they all seem like not-great ideas to address a revenue shortfall.

The Legislature’s Minerals Committee, for instance, backed a confusing draft bill to create a $1 million marketing fund that can be used by the governor to respond to “coal emergencies.”

Potential uses for the fund include promoting coal consumption to other states and Asian markets—just in case they didn’t know about coal’s myriad benefits and its abundant availability in Wyoming.

The fund could also support legal efforts to force Washington state to allow the construction of a coal export terminal, a project that climate advocates have so far blocked. Earlier this year Gov. Gordon tasked his attorney general with figuring out a strategy to execute such a lawsuit.

The fund could also help Wyoming prop up coal-fired power plants when utilities try to retire them, even if the plants are in other states. This tactic goes hand-in-hand with the Legislature’s approval of a bill last session to force utilities to try and find buyers for coal-fired plants in Wyoming rather than simply shutting them down.

Almost as an afterthought, lawmakers who voted to create the fund noted that the money could also maybe help out struggling people in communities like Gillette when coal mines close. This use of the fund would amount to socialism for people, however, rather than socialism for the coal industry, so it naturally drew less enthusiasm from lawmakers who would rather provide corporate handouts.

Revenue Committee to consider non-tax proposal to bring hundreds of millions...
Scroll to top
Share this ArticleLike this article? Email it to a friend!
Email sent!