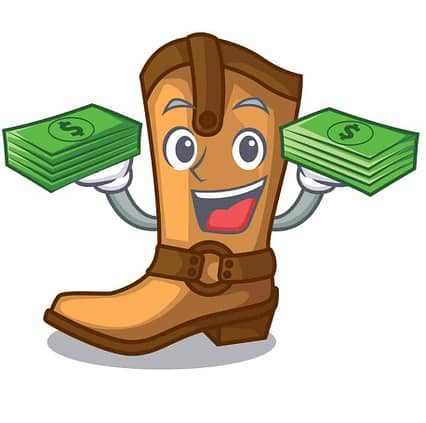 With few other viable options for revenue, that big pot of Medicaid expansion money is looking better and better.

“I’m just wondering whether the name of this committee should be changed to the Tax Committee,” James said. “Is that the only source of revenue this committee brings—taxes? Because that’s all I’ve seen.”

Sen. Cale Case (R-Lander), the committee’s co-chairman, explained to his freshman colleague that, indeed, taxation is the traditional method states use to fund themselves.

“Well, taxes pay for government services,” Case said. “And I’m not sure what other revenues are available. We have investment earnings, and we have taxes.”

“I’m just wondering whether the name of this committee should be changed to the Tax Committee. Because that’s all I’ve seen.”

But in the staunchly anti-tax Wyoming State Legislature, Case’s response isn’t going to cut it. Lawmakers will need a more creative approach to address the state’s looming budget shortfall.

Luckily, another member of the Revenue Committee, Rep. Cathy Connolly (D-Laramie), had an idea: Why not bring hundreds of millions of dollars to Wyoming without further raising taxes? All we’d need to do is expand Medicaid! 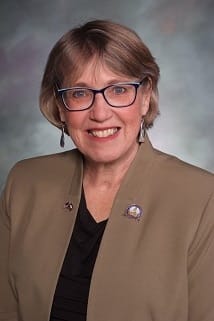 “I’m going to go with Sen. James—we should be looking at revenue streams that are possible elsewhere,” Connolly said. “We have money that’s been sitting with the federal government that can come back to Wyoming. Expanding Medicaid would bring hundreds of millions of dollars into the state. We’ve already paid it. It’s due to us. And it would also help tens of thousands of people.”

With few other ideas to generate revenue, Connolly’s co-committee members tentatively agreed. They voted to consider a bill to expand Medicaid at the committee’s upcoming meeting, on Tuesday, Nov. 12.

A recent revenue forecast from state economists predicts that Wyoming’s general fund will face a $165 million shortfall over the next two-year budget period, while our education fund will be at least $250 million in the red.

When the Legislature convenes in February for the 2020 budget session, that means lawmakers will have to cover roughly $400 million spread with a mix of new revenues, spending our state savings, and budget cuts.

Wyoming has already lost roughly $500 million per year over the past decade as a result of the coal industry’s collapse. The Legislature has responded by cutting nearly $100 million from the state’s annual education budget and reducing funding to state agencies across the board.

Meanwhile, Wyoming lawmakers have not been willing to raise any new major forms of revenue—taxation or otherwise.

A pot of money that looks better and better

The Wyoming Legislature has voted against expanding Medicaid for the past seven years. This refusal has cost Wyoming roughly $120 million per year in federal funding that would have covered the lion’s share of providing 17,000 low-income Wyomingites with health insurance.

“When we think of significant things that could make up for the huge decline of coal, it’s either a very large tax increase or something like Medicaid expansion.”

Wyoming lawmakers have felt comfortable turning down hundreds of millions of federal dollars for healthcare because of their faith that, despite all evidence to the contrary, the coal industry would somehow come back.

As that possibility becomes increasingly remote, that big pot of federal Medicaid expansion money is looking better and better to some lawmakers, including Revenue Committee co-chairman Rep. Dan Zwonitzer (R-Cheyenne).

“When we think of significant things that could make up for the huge decline of coal, it’s either a very large tax increase or something like Medicaid expansion,” Zwonitzer told the Casper Star-Tribune. “It is one of the strongest and easiest revenue possibilities to pursue in the state.”

A billion dollars left on the table

Under the Affordable Care Act, states that expand Medicaid to cover more low-income people can count on the federal government to pay for 90 percent of the expanded program. The state covers the rest.

This means that Wyoming would have to pay roughly $33 million during the first two years of implementation. But according to an April 2019 report from the Health Insurance Resource Center, failure to expand the program would mean Wyoming would forego $1.3 billion in federal funding over the next decade.

Furthermore, the lack of access to preventative care motivates many low-income people in Wyoming to depend on emergency rooms for medical treatment. This drives up hospital and insurance costs that the rest of the population—and the state—covers.

This is why healthcare entities in both the public and private sectors—like the Wyoming Hospital Association, Blue Cross Blue Shield of Wyoming, and the Wyoming Business Alliance—all support Medicaid expansion.

But Mead, who can read a budget spreadsheet as well as anyone, eventually realized how ridiculous it was to throw away $120 million a year, especially since it was money that Wyoming taxpayers had already paid.

Meanwhile, 36 states have expanded Medicaid. This includes Utah, Nebraska, and Idaho, whose voters all approved ballot initiatives in 2018 to expand the program.

Aside from the injection of revenue for the state, Medicaid expansion also tends to improve states’ economies.

Our neighbor to the north, for instance, has seen a substantial economic boost from Medicaid expansion since its approval there in 2016.

According to the Bureau of Business and Economic Research at the University of Montana, expansion brings of $600 million a year into Montana that would not otherwise be there.

“This money ripples through Montana’s economy, generating between 5,900 and 7,500 jobs and between $350 – 385 million in personal income,” a recent report said. “These results are consistent with the observed change in economic activity in other expansion states.”

As Wyoming looks to diversify its own economy beyond dependence on the mineral industries, this shot of fiscal adrenaline seems like it could help.

Oh yeah, and don’t forget: Expanding Medicaid would also provide healthcare to tens of thousands of people in Wyoming who need it and can’t afford it.

Revenue Committee votes to sponsor Wyoming Medicaid expansion bill during 2020...
Scroll to top
Share this ArticleLike this article? Email it to a friend!
Email sent!