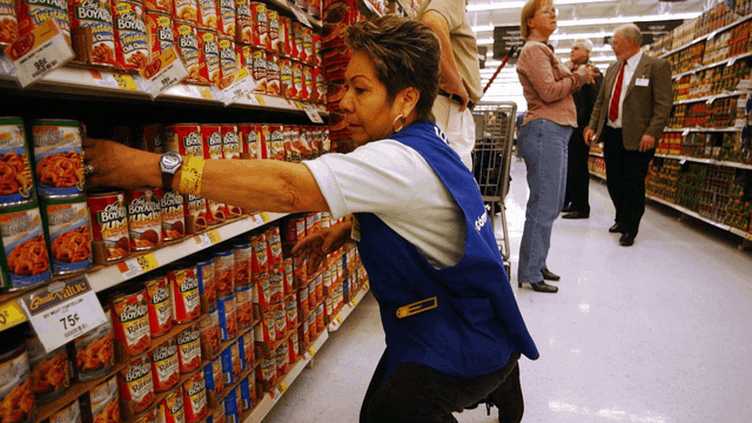 Corporations suck profits out of Wyoming and offer little but low-paying jobs. A proposed tax on "big box" businesses like Walmart would help keep some of that money in our communities.

The Wyoming Legislature will consider a proposed corporate income tax during the 2020 budget session, which starts next week on Feb. 10.

Also known as the National Corporate Profit Recapture Act (House Bill 64), the proposal is sponsored by the Joint Revenue Committee.

The bill would do exactly what its title says: allow Wyoming to collect taxes on corporate profits that multinational companies send out of state. It would direct the revenue specifically to Wyoming schools.

Here are five facts you need to know about the proposal: 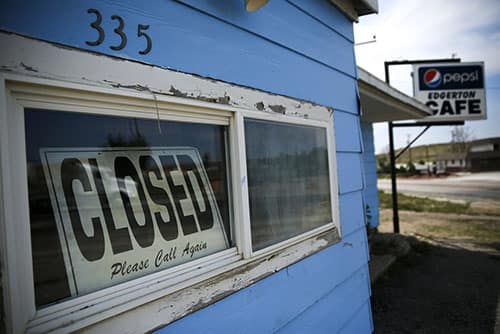 1. As corporations have replaced Main Street businesses, their profit models have sucked millions of dollars out of Wyoming communities.

Anyone who lives in Wyoming has witnessed the process: Walmart and other corporate “big box” stores open up, and Mom and Pop shops on Main Street shut down.

Whereas local businesses keep money in local economies and communities, corporations send profits out of state. Wyoming is left with a few minimum-wage jobs, while corporate CEOs and shareholders mostly benefit.

The National Corporate Profit Recapture Act would only apply to huge corporations—publicly traded companies with more than 100 shareholders. That means it would stop some of those corporate profits from leaving Wyoming, to invest in our communities, without harming local businesses.

Corporations file their taxes in the states where their headquarters reside, and they write off taxes they pay in other states. So, if Walmart starts paying taxes in Wyoming, they’ll write that cost off on the taxes they file in Arkansas, where they’re headquartered, nullifying the loss.

If Walmart’s army of tax attorneys and accountants can’t quite figure out how to zero out the new tax, and the huge corporation does (gasp!) incur some loss to pass onto consumers, it won’t be reflected back on Wyoming—it will be distributed across Walmart’s global empire. So, worst-case scenario, phone chargers at Walmart might increase in price by $0.0000003 around the world.

No jobs, no stores, and no businesses in Wyoming are at stake.

3. Corporations demand public services and infrastructure, but in Wyoming they don’t help pay for them.

Walmart and other corporations not only enjoy these benefits, they demand them. But Wyoming is one of only two states in the nation that hasn’t figured out that corporations should help pay for the public services and infrastructure upon which they rely. The National Corporate Profit Recapture Act would change that.

4. Wyoming pays for its schools with coal tax revenue, but the coal industry is collapsing. We need other ways to pay for education.

The collapse of the coal industry has cost the state of Wyoming roughly $500 million a year for the past decade. This decrease in revenue has dramatically affected Wyoming’s school budget.

The proposed corporate income tax will not completely offset the losses Wyoming schools face as a result of the coal industry’s collapse, but it’s a good place to start.

Wyoming’s out-of-date tax structure relies on mineral tax revenues to fund the vast majority of the state’s budget. Our tax structure does not reflect the fact that corporations have largely replaced Mom and Pop stores.

It is so out-of-whack, in fact, that bringing new businesses, new workers, and new industries to Wyoming actually makes the state’s budget problem worse, since new industries require public services and infrastructure that they don’t help pay for.

Wyoming badly needs to reform and diversify its tax structure to decrease its dependence on mineral tax revenues. The National Corporate Profit Recapture Act will help move Wyoming in the right direction.

Expanding Medicaid would drive down people’s healthcare costs across Wyoming
Wyoming’s rural hospitals (and communities) would benefit from Medicaid e...

The Wyoming Liberty Group’s Medicaid expansion dog and pony show
Scroll to top
Share this ArticleLike this article? Email it to a friend!
Email sent!