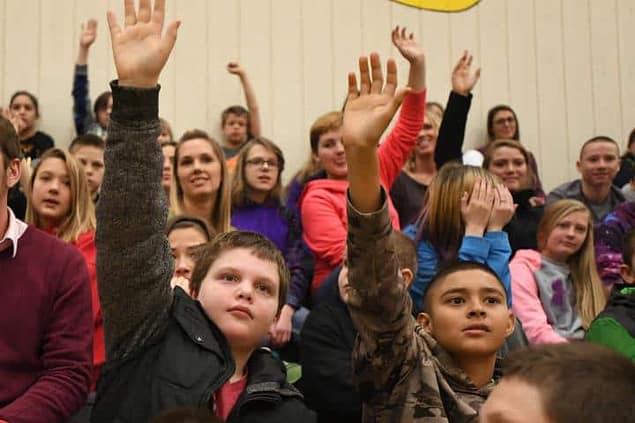 Who thinks your teacher's pay should increase at the rate of inflation? Anyone?

Many Wyoming state legislators want nothing more than to cut public school funding.

They carp and complain about Wyoming’s high per-student spending. They fear that, if state education costs don’t decrease, the Legislature will have to replace the tax revenues lost from of the coal industry’s decline with some other forms of revenue.

That would mean raising taxes, which is the last thing they want to do.

So why, instead, does it look likely that the Legislature will approve nearly $40 million this year in increased education spending to give teachers raises?

It’s simple: Because they have to. The Wyoming Constitution demands it.

Spending down our savings

This year’s legislative session is a “budget session,” where lawmakers outline the state’s spending for 2021 – 22.

The draft budget currently under consideration by the Legislature includes a roughly $38 million “external cost adjustment” (ECA) that would allow Wyoming school districts to increase teacher pay over the next two years.

The Legislature’s Joint Appropriations Committee and Joint Education Committee have both given the ECA a green light, and Governor Mark Gordon backs the proposal, too.

In his “State of the State” address that kicked off the budget session on Monday, Gordon said Wyoming will have to use its savings to pay for education shortfalls for the next two years.

Wyoming’s current system is set up so that mineral tax revenues pay for education. As a result of sharp declines in tax revenues from coal, natural gas, and oil over the past four years, Wyoming is about a $250 million short for its upcoming education budget.

The Legislature has already cut $100 million from education over the past four years. Since lawmakers refuse to raise other revenues to pay for schools, and since the constitution demands they adequately fund education, the state will “borrow” money from its trust funds to cover the shortfall.

The ECA isn’t meant to allow teachers to live more lavish lifestyles—it’s essentially an adjustment for the cost of inflation.

“Approving the ECA is not only the right thing to do, but the legal thing to do.”

And, as states around Wyoming increase the amounts they pay public school teachers, it’s also critical to ensure our “brain drain” of educators doesn’t get worse.

The Legislature is supposed to budget for an ECA every year, but in tough recent financial times, they haven’t always fulfilled this commitment.

Between 2010 – 14, the Legislature didn’t grant any ECA at all. This prompted a coalition of Wyoming school districts to band together in hopes of persuading lawmakers to do their constitutional duty.

They mostly succeeded. Since 2014, the Legislature has provided nearly $88 million in ECAs.

Today, the Wyoming School District Coalition for External Cost Adjustment includes 14 of the state’s 48 school districts, representing nearly 45,000 students. It is once again encouraging the Legislature to adjust state education funding for inflation, so school districts can maintain their purchasing power and remain competitive in recruiting teachers.

The Legislature tends to lose in court

Having recently cut $100 million from the Wyoming education budget, legislators know that they can’t slash much more from public schools. 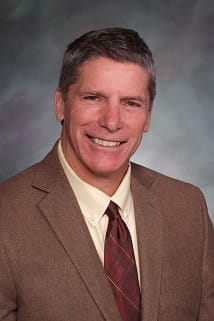 That’s because if they try, they’ll get sued by the same coalition of school districts working on the ECA issue—and the Legislature will lose.

In a series of four court cases going back to 1980, called the “Campbell cases,” the Wyoming Supreme Court has repeatedly ruled in favor of school districts on questions of school funding. The justices cite the state’s constitutional mandate to provide all Wyoming students with a fair and equitable education.

When the legislature’s Joint Appropriations Committee voted in October to support the ECA that’s currently under consideration, Co-Chairman Rep. Bob Nicholas (R-Cheyenne) said, “Either we amend the Constitution, or we find a new funding model. [Approving the ECA] is not only the right thing to do, but the legal thing to do.”

Even Eli Bebout (R-Riverton), who has led the Legislature’s recent efforts to slash school funding, reluctantly agreed with the legal argument.

“Recalibration” and other opportunities for cuts

Even though the ECA looks relatively safe this budget session, Bebout and his cronies seem determined to find other parts of the education budget they can cut.

The Senate Appropriations Committee voted to extend caps on both special education and transportation funding to school districts, even though both those costs keep increasing and local districts are left to “find money” to cover them.

Members of the education community are also eyeing with suspicion the upcoming “school finance recalibration” process. The regular event is meant to allow lawmakers to fine-tune how they fund school districts. But Bebout and others seem intent on using the process for their own budget-cutting ends.

In 2017, then-Senate President Bebout pushed the Legislature to conduct a special “recalibration” outside of its normal schedule. He insisted that education spending could be reduced by tens of millions, if not more, while still meeting the constitutional mandate.

But the effort backfired. After months of legislative meetings and independent study, a Denver consulting firm said Bebout and co. had it backwards. The firm recommended that the state spend $71 million MORE to continue adequately providing the basket of goods.

The Legislature promptly threw the consultants’ report in the trash.

This year, a new consulting firm will be hired, and some lawmakers are hoping for different results.

Wyoming House kills bill to create new school funding source, will instead spend...
Scroll to top
Share this ArticleLike this article? Email it to a friend!
Email sent!