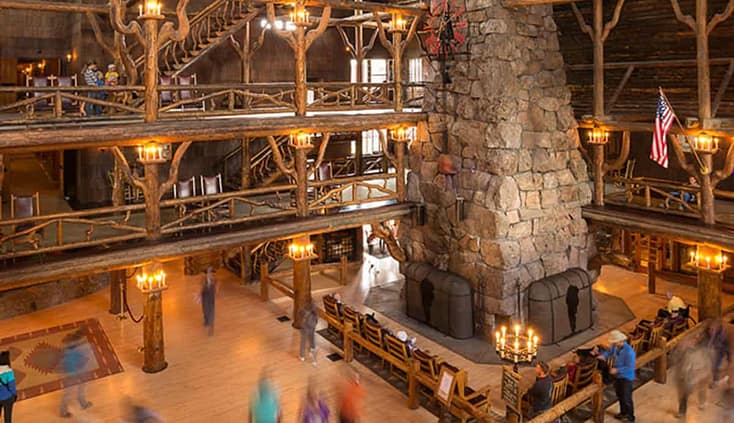 People from around the world travel to Wyoming and stay at hotels like the Old Faithful Inn.

The Wyoming House on Monday voted to advance a proposed five percent statewide lodging tax that would generate an estimated $19 million a year.

The revenue from House Bill 134 would be split between the Wyoming Office of Tourism and the counties where the funds originated. In turn, this would free up money in the state’s general fund to cover other expenses.

The bill now heads to the Senate, where a similar measure was defeated last year after the House approved it.

A small step in the right direction

Tax reform proponents view the lodging tax as a commonsense measure to help diversify Wyoming’s revenue structure, which currently relies on mineral tax revenues for more than 60 percent of the state’s budget.

Although $19 million a year would be a small step, it would be a step toward closing the budget shortfall created by the coal industry’s decline. Wyoming has lost roughly $500 million each year for the past decade as a result of dwindling coal severance tax payments.

As a result, lawmakers have cut state agency budgets to their smallest size in 15 years and still haven’t covered the gap.

Governor Mark Gordon said in his “State of the State” address last week that the lodging tax is the only revenue-generating proposal he supports.

“I applaud our tourism industry and I support its proposal for a lodging tax that would help Wyoming compete with our neighboring states,” Gordon said. “Tourism and outdoor recreation in Wyoming represent an enormous opportunity to grow our economy. It is a sector which employs more people and returns substantial sales tax revenue. The revenue comes mostly from outside our state.”

“I applaud our tourism industry and I support its proposal for a lodging tax that would help Wyoming compete with our neighboring states.”

Lawmakers who support the tax, like Rep. Lloyd Larsen (R-Lander), point to the fact that Wyoming lacks many sources of revenue that other states employ.

“The reality in Wyoming, and I think we all know it, is we’re not taxed very much at all,” Larsen told his colleagues. “We don’t get taxed on our food, there’s no state income tax, no corporate tax, no professional tax.”

The lodging tax, Larsen said, is a reasonable solution to help the state’s revenue problem.

A stable source of funding

Wyoming’s tourism industry by and large supports the proposed lodging tax. The Wyoming Restaurant and Lodging Association in particular views the bill as an investment in the state’s tourism industry, rather than a burden.

“Most of our surrounding states significantly outspend Wyoming in trying to attract visitors.”

WRLA President Chris Brown has repeatedly stressed to lawmakers that, currently, Wyoming’s ability to support tourism depends on the strength of the energy industry. The lodging tax would allow state tourism agents a degree of certainty that doesn’t exist in Wyoming’s “boom and bust” economy.

“We’ve been to looking to get away from [depending on the energy industry] and find more stable funding to not only put more stability into our account, but to be able to compete more with our surrounding states,” Brown told a legislative committee last year.

“Most of our surrounding states significantly outspend Wyoming in trying to attract visitors,” he reminded lawmakers this year.

An industry to develop

According to a 2018 report by the Wyoming State Legislature, Wyoming spends considerably less promoting its tourism industry than surrounding states—and it gets smaller returns. 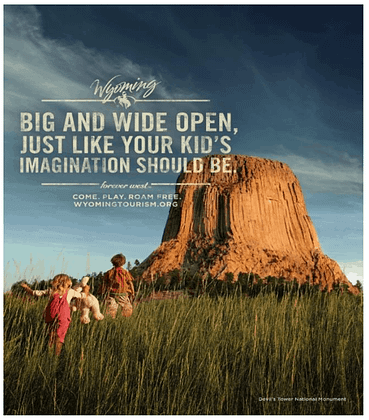 The Wyoming Office of Tourism budget for the 2016 – 17 biennium was $10.8 million. Utah’s was more than double that, at $22.5 million. Colorado and Montana both spent roughly $19 million, while South Dakota spent $15.6 million.

Tourism is the second largest industry in Wyoming, behind mineral extraction. According to the U.S. Travel Association, tourism generated $3.4 billion in spending in Wyoming in 2017, as well as $365 million in tax receipts.

But if our neighbors are any indication, the industry has room for growth. Montana, for instance, saw $4.6 billion in spending and $446 million in tax receipts. That’s not to mention the behemoth amounts Utah and Colorado brought in.

Whether or not Wyoming residents would like to see an explosion in tourism is certainly a question for debate—folks like their fishing holes all to themselves. But implementing a lodging tax that would at once capture a bit more revenue from visitors and help develop the state’s tourism industry should be a no-brainer.

No-brainers, of course, are far from certainties in the Wyoming Legislature.

Last year, a broadly supported lodging tax seemed almost sure to pass into law after it sailed through the House with a 44 – 16 vote and easily passed a Senate committee.

But a variety of factors conspired toward its demise on the Senate floor. These included a general clash between the House and Senate over school funding, which prompted the chambers to take pot shots at each other’s legislation.

Two impassioned speeches on the Senate floor helped stir up opposition to the lodging tax, as well. Sens. Cale Case (R-Lander) and Liisa Anselmi-Dalton (D-Rock Springs) are both hotel owners, so they did not cast official votes on the bill. But that didn’t stop them from speaking at length against it.

Case and Anselmi-Dalton are “moderates” in the Wyoming Senate, which is mostly filled with anti-tax zealots. They’re often among a tax bill’s only friends in that chamber. Without their approval, the lodging tax didn’t stand a chance.

We’ll see if they decide to speak up in their own financial best interests this time around.

Senate committee advances bill to cut $16.5 million from Wyoming school fun...
Scroll to top
Share this ArticleLike this article? Email it to a friend!
Email sent!