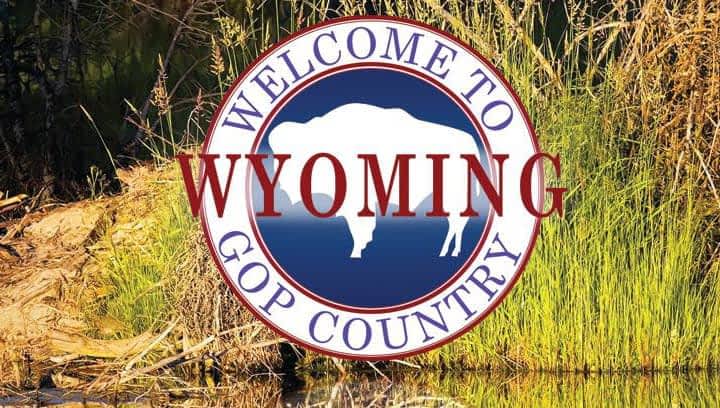 Republicans control 77 of the Wyoming Legislature's 90 seats, all five statewide elected offices, and the state's entire U.S. Congressional delegation. But that's not enough...

Two bills to shore up GOP political power in Wyoming are moving through the Wyoming Legislature. Earlier versions of each were proposed in 2019 and defeated.

With eyes turned (mostly) toward fiscal matters during the 2020 budget session, this year’s new proposals are flying further under the radar.

But this year’s versions of both bills are watered down, too, compared to their predecessors.

It’s as though members of the Legislature’s supermajority Republican Party realized that the bites they tried to take last year to marginalize their opponents were too big.

But they’re still intent to nibble away.

House Bill 209, sponsored by Rep. Jim Blackburn (R-Cheyenne), would ban Wyoming voters from switching party affiliation in order to vote in primary elections. But the ban on “crossover voting” would only apply during the 14 days leading up to and including primary day. 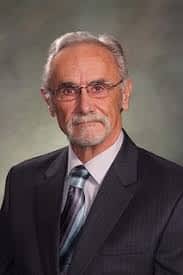 Currently, a registered Wyoming voter can change their party affiliation up to and including the day of the primary election.

Last Thursday, the House Corporations Committee approved HB-209 by an 8 – 1 vote. It now proceeds to the full House.

A reaction to “party switching”

Friess and his followers blamed his loss on Democrats switching their registrations to vote in the Republican primary.

Friess finished 9,000 votes behind Gordon, while as few as 1,800 Democrats switched parties for the primary. So it seems doubtful these “crossover voters” determined the election.

Nevertheless, state GOP officials made banning such “party switching” their top priority for the 2019 Legislative session.

But despite repeated attempts by a whole host of legislators, as well as backing from Friess and the state party, no crossover voting bills met approval in 2019.

Each of 2019’s proposals was more restrictive than the 2020 version, which is being pitched as a compromise. One of last year’s versions would have set the deadline to register to vote in a party primary to a date prior than all candidates would have declared their candidacy.

Gail Symons of Sheridan, an organizer of the moderate Frontier Republicans, adamantly opposed the 2019 efforts. But she’s on board with HB-209.

“I think 14 days is a reasonable time for people to make up their minds and jump [party affiliation],” Symons said.

“I don’t believe the primaries are a fixture of the political parties, because they are paid for by the public. Elections should be as open and accessible to as many people as possible.”

Others remain skeptical. Kelly Pellisier of the Wyoming League of Women Voters of Cheyenne said the new bill is an improvement. But she’s still not sold on the idea of setting a “crossover” deadline.

She reminded the committee on Thursday that primary elections are paid for with public money, not by the parties, and therefore they should be as open as possible.

“I don’t believe the primaries are a fixture of the political parties, because they are paid for by the public,” Pellisier said. “Elections should be as open and accessible to as many people as possible. Putting a bridge between when I have to register with one party and participate in the primary and vote interferes with that access.”

Rep. Clifford, prior to casting her vote against the measure, noted that her constituents on the Wind River Reservation often do not think of themselves as Republicans or Democrats, but would like to vote in primaries.

HB-209, Clifford said, would limit civic participation for people who aren’t interested in parties, but who want to focus on “policy, issues, the problems we’re trying to solve.”

On Friday the Senate Revenue Committee advanced a bill that would decrease the number of minority party members in the Legislature’s Management Council.

In case you’re reading this in a foreign nation, that would mean decreasing the number of Democrats.

The all-Republican committee approved the bill with a 4 – 1 vote, Sen. Cale Case (R-Lander) alone in dissent.

The Management Council is comprised of leaders from each chamber—the House and the Senate—and from each party. It’s 13 members set the administrative rules that guide the Legislature—when to meet, what rules govern floor debate, and how the pace and process of the session will unfold.

But the council also weighs in on more charged issues, such as last year’s decision to strip language related to sexual orientation and gender identity from the rules that that prohibit harassment among Legislative staffers.

That controversial measure passed along party lines in the Management Council, with a 7 – 6 split.

Last year’s proposal to decrease Democratic participation in the Management Council would have cut down membership from the minority party on both the House and Senate sides.

That bill sailed through the Senate, but after a long and impassioned debate it was defeated on the House floor by a nail-biting 30 – 29 vote.

This year’s pared down version, Senate File 104, would only affect the Senate side of the Management Council. It is sponsored by Sen. Larry Hicks (R-Baggs) and has 47 co-sponsors—more than half the entire Legislature—from the majority party.

Currently, three Democratic senators sit on the Management Council. Under SF-104, that number would be cut to one.

Senate Minority Leader Chris Rothfuss (D-Laramie) told his colleagues on the committee Friday that minority members on the Management Council do more than represent Democrats’ positions—they also speak for members of the majority party who oppose positions by Senate leadership.

“If what you want is a Management Council that does what the majority leadership says, this bill gets you there,” Rothfuss said. It does not, however, result in equity or parity.

“If what you want is a Management Council that does what the majority leadership says, this bill gets you there.”

Rothfuss asked why the bill’s supporters were so intent on reshaping the council toward heavy partisanship, since it’s supposed to be an apolitical body that “keeps the lights on.”

Rothfuss admitted that his party is currently overrepresented on the Management Council. He suggested an amendment to SF-104 that would cut Democratic participation to two members, rather than one.

But no one on the committee took up his idea.

Sen. Ogden Driskill (R-Devil’s Tower), who serves on the Management Council as the Senate Vice President, replied simply that council membership should be more proportional to the membership of the Senate itself.

After all, Driskill said, pushing back against Rothfuss, “This body is not nonpartisan. This bill is the American way.”

Wyoming House advances oil tax break that would cost the state millions
Wyoming doesn’t have late-term abortions, but a bill to govern them advances...

Legislature strongarms University of Wyoming over student health insurance abortion...
Scroll to top
Share this ArticleLike this article? Email it to a friend!
Email sent!