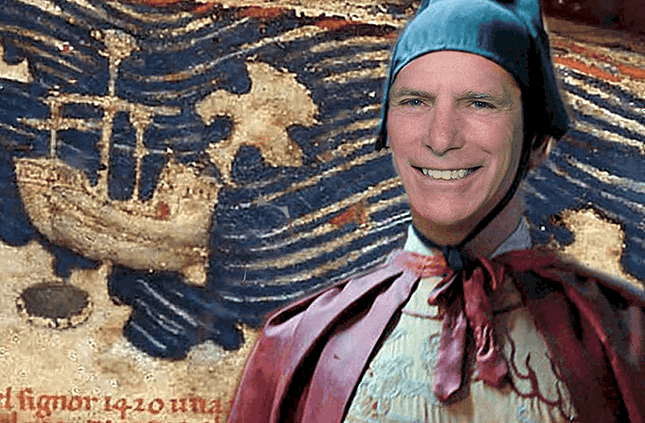 Rep. Bob Nicholas (R-Cheyenne) mapped out something of a newfangled Silk Road on Monday, when he pitched his bill to give a tax break to Wyoming coal companies who export their products to Asia via ports in Canada and Mexico.

Weirdly, in his testimony before the Legislature’s House Revenue Committee, Nicholas kept referring to Asia as “the Orient.” He either missed the memo several decades ago about that term going out of favor, or he’s simply still mesmerized by its suggestion of mysterious, distant markets where foreign traders can unload their bounties.

“Orient” also literally means “East,” which is the long way around if you’re trying to get from Wyoming to places like Taiwan and Japan.

But, hey: Don’t tell that to Christopher Columbus.

The rationale behind this bill, Nicholas explained, is that no state on the U.S. West Coast will allow Wyoming to ship coal across the Pacific Ocean from its ports.

Notably, Wyoming is suing Washington state for its decision to disallow Powder River Basin coal to leave for Asia from its shores. Washington argues that exporting coal raises too many environmental concerns. In response, Wyoming and Montana have asked the U.S. Supreme Court to force Washington to open the passageway. Experts have said it’s unlikely the nation’s highest court will hear the case.

“It’s probably unrealistic that this will result in an increase in exported coal.”

In the meantime, Nicholas said House Bill 231 is the first step to bypassing our Western neighbors and getting Wyoming coal to Asia anyway—via Canada and Mexico.

Except, he stressed, it’s simply a first step: The bill’s proposed decrease in severance tax rates, from 7 to 3.5 percent, would not make shipping Powder River Basin coal to Asia economically viable, because it would still need to travel by train first across our own continent.

“It’s probably unrealistic that this will result in an increase [in exported coal],” Nicholas said. “This is more of an introduction to our Pacific Rim neighbors signaling that we’d like to do whatever we can.” 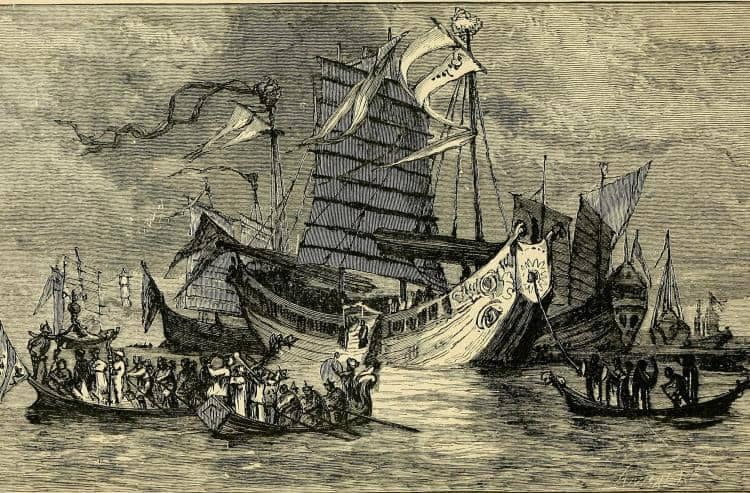 According to Nicholas and his bill’s co-sponsor, Rep. Donald Burkhart (R-Rawlins), energy producers across Asia are waiting with excitement to receive Wyoming coal, if only the costs can go down.

Wyoming legislative delegations have traveled to Asia in recent years to meet with business contacts and try to establish trade relations.

“They can clean their air just by switching to Wyoming coal.”

“When we met with them, they said if you can give us a better price, we’ll buy [Wyoming coal],” Nicholas said. “Japan said even if it costs more, we’ll take it.”

The reason, Nicholas and Burkhart explained, is because Wyoming’s coal is environmentally and climate friendly.

“One of the Asian nations is getting a new coal client a week,” Burkhart said. “They can clean their air just by switching to Wyoming coal.”

Nicholas even came up with a snazzy nickname for the Powder River Basin’s low-sulfur product: “green coal.”

Indeed, Wyoming’s coal burns cleaner than that mined in other places, which is why the state’s coal industry exists in the first place.

“This is green coal considering what they burn in the Orient,” Nicholas said. “Any person opposed to this doesn’t want us to mine coal.”

“The government officials said they didn’t want coal,” she recalled. But then Nicholas “piped up” and used the term “green coal” and they became somewhat more interested.

“But they weren’t enthralled,” Connolly said.

“We don’t know the fiscal impact [of this bill],” she said. “Voting ‘no’ might mean that we want to keep money in our communities.”

“Lower tax rates are not passed on to the communities, but to coal companies and utilities.”

She told the committee that, while some tax breaks have positive effects like spurring the economy and creating job growth, HB-231’s proposed break would simply be a handout to industry.

“There will be no payoff from this tax exemption,” Anderson said. “Lower tax rates are not passed on to the communities, but to coal companies and utilities. There is no local ownership of most of our coal industry right now.”

Likewise, the utilities that would benefit from the tax break are all headquartered out of state, Anderson said, leaving no local benefit to this potential boon for corporate bosses and shareholders.

Nevertheless, the House Revenue Committee advanced Nicholas’ route-finding tax break, in part because it does not seem likely that it will have any effect other than signaling to the world that Wyoming will do whatever it can to promote and support the coal industry.

Revenue chairman Rep. Dan Zwonitzer (R-Cheyenne) wondered aloud that if there would be no fiscal impact, then what was the problem?

Meanwhile, Burkhart dreamed of his bill one day having an impact. In that case, he said, the tax break would need to be rescinded as coal poured across the lands and seas into powerplants, “green” smoke billowed into the atmosphere, and revenue poured into Wyoming’s coffers.

“Something could happen, and coal could be back in great demand again,” Burkhart said.

With that, the Rawlins representative summed up the Legislature’s apparent plan for Wyoming’s economic future: Something could happen.

Expanding Medicaid would drive down people’s healthcare costs across Wyoming

Wyoming House advances oil tax break that would cost the state millions
Scroll to top
Share this ArticleLike this article? Email it to a friend!
Email sent!