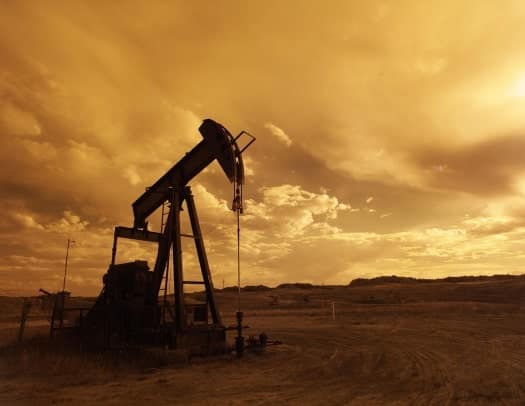 While the Legislature cuts funding for public institutions, the House advances a plan to decrease revenue.

The Wyoming House fantasized Tuesday about its ability to prop up the state’s struggling oil and gas industries by gifting them a tax break.

The chamber narrowly advanced House Bill 243 by a 34 – 26 vote. The bill has two more readings in the House and will proceed to the Senate if it survives.

HB-243 would cost the state millions of dollars per year in lost revenues by lowering the severance tax rates on oil and gas. This is at a time when Wyoming is facing an unprecedented budget crisis.

The bill’s supporters argue that the tax relief would help spur the industries. Oil and natural gas production and prices have been falling for several years, including a sharp drop in 2019. 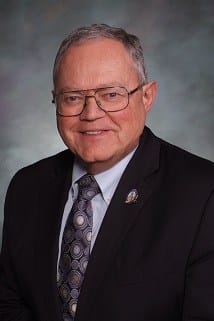 Natural gas production is Wyoming has declined 37 percent since 2009, cutting the state’s revenue from that major source by 74 percent.

Tax breaks might seem like a commonsense way to help the oil and gas industries. But as long as anyone’s been drilling in Wyoming, market prices and reserve levels—not tax rates—have determined how much petroleum flows from within the state.

A landmark 2000 study commissioned by the Wyoming Legislature puts it succinctly: “Wyoming oil and gas production represents only a tiny fraction of the world market for petroleum products and, therefore, producers in Wyoming are price-takers, not price-makers.”

“Producers in Wyoming are price-takers, not price-makers.”

Neither crude oil nor gas severance tax rates have changed since the 1980s.

HB-243 operates by a complex formula that lawmakers arrived at after lengthy consultation with industry. It follows another, similar attempt in 2019 to give oil companies a tax break, which unexpectedly died on the last day of the session.

The tax break would apply to new wells, ostensibly providing companies incentive to start drilling when they otherwise wouldn’t.

Wyoming’s base severance tax for oil and gas is 6 percent. HB-243 would give companies a 2 percent severance tax reduction—to 4 percent—during the first six months of a new well’s life. In the second half of the year, the severance tax rate would be 5 percent. After that it would return to 6 percent.

Natural gas production in Wyoming since 1978

The tax breaks would only kick in for natural gas, Burkhart said, if the rolling average spot price at the Henry Hub—a Louisiana pipeline—was below $2.95 per thousand cubic feet (MCF). Oil prices would have to be below $55 per barrel.

Burkhart said natural gas prices Tuesday had fallen to $1.85/MCF, and oil was selling at a measly $49.84 per barrel. This means the tax breaks would go into effect immediately.

On the other end of the spectrum, Burkhart said, if prices for oil rise above $70 per barrel or $3.85/MCF for gas, the severance tax rate would increase to 8 percent.

Other than brief blips, oil and gas prices have not been that high since 2014.

Burkhart said the gas industry has been deflated by overproduction. He said production in Wyoming has dropped 12 percent in the past year, with a corresponding decrease in severances taxes.

“I don’t think we want to sit here and say we’re willing to take a 12 percent reduction [in tax revenue] per year,” Burkhart said.

“In the past two days there’s been a 6-8 percent fluctuation in oil prices. I don’t think the bill would be a market driver.”

But Rep. Mike Yin (D-Jackson) noted that the state would lose an estimated $24 million per biennium if the tax break is enacted.

“I checked and in the past two days there’s been a 6-8 percent fluctuation in oil prices,” Clausen said. “I don’t think the bill would be a market driver.”

But Burkhart maintained that’s precisely what it would be. He said while gas companies are deferring drilling until prices go up, he’s talked to one executive who said they would consider drilling up to 13 new wells if the law was in effect.

“That would be $3 million we would not get otherwise,” he said.

Many lawmakers who spoke in favor of the bill said they were directly relaying the sentiments of the oil and gas industry. No one blinks an eye when a Wyoming state lawmaker openly admits to being a mouthpiece for petroleum producers.

Rep. Lloyd Larsen (R-Lander) said natural gas companies told the House Appropriations Committee that “a 2 percent [decrease] makes a big difference. It would help keep them in the game in anticipation of natural gas coming back.”

“I’ve heard for last two weeks that we’re in a financial crisis so we can’t spend any more money. I’d say we can’t give any money away, either.”

But Rep. John Freeman (D-Green River) said when he entered public service, he worked for a large corporation whose manager often talked to him about economics.

“He said, ‘We’re not going to chase a tax break. What we’re looking for is a project that will make money based on its merits,’” Freeman said.

The bill’s boosters claimed lower taxes would attract producers from out of state. Freeman disagreed.

“I don’t think 2 percent is going to cause anybody to come in [to Wyoming],” he said. “I’ve heard for last two weeks that we’re in a financial crisis so we can’t spend any more money. I’d say we can’t give any money away, either.”

“We can pooh-pooh this all you want,” he said. “When we create the opportunity, which I think this does, then I think this is the right direction to go. This is a pro-growth bill. I say drill, baby, drill.”

Wyoming doesn’t have late-term abortions, but a bill to govern them advances anyway
Lawmakers seek a new route to “the Orient” for Wyoming’s “green...