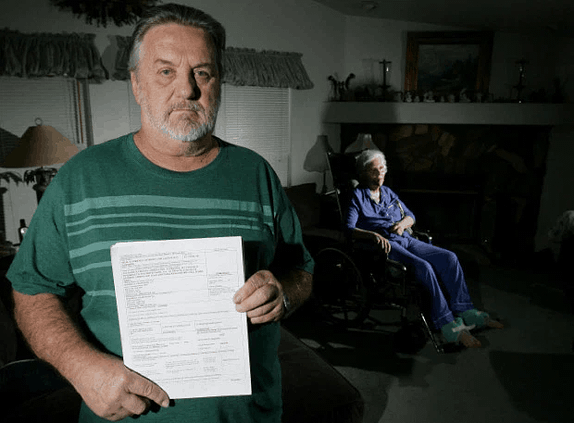 Widespread layoffs and cut hours have threatened Wyoming workers' ability to pay rent and their mortgages during the COVID crisis.

A Wyoming legislative committee advanced a proposal last week to create a $10 million program aimed at stopping tenants from being evicted if they can’t afford to pay rent due to the coronavirus pandemic. The program would also support landlords.

The bill will be considered for approval by the full Wyoming Legislature during an upcoming special session, which begins next week.

Despite a unanimous vote by the Legislature’s Management Council to advance the bill, there remain questions about who will be eligible for the program and the ultimate amount of funding it will receive.

Nevertheless, it is by far the most proactive step taken by Wyoming officials to help protect housing security during the COVID-19 crisis.

Assistance for landlords and tenants

For more than a month, dozens of nonprofit groups including Better Wyoming have urged Gov. Mark Gordon to stop COVID-related evictions.

The program would reimburse landlords whose tenants are unable to pay rent as a result of the pandemic, ensuring that renters aren’t evicted for nonpayment and landlords can keep up with their mortgages.

The governor’s public health orders to close down businesses and other measures to slow the coronavirus have resulted in mass layoffs and decreased work hours across the state. In turn, many people have been unable to pay rent or their mortgages.

Gordon responded with a recommended to the legislature that it create a housing protection program using some of the $1.25 billion in emergency funding the state will receive as a result of the federal CARES Act passed by Congress.

The proposed program would reimburse landlords whose tenants are unable to pay rent as a result of the pandemic, ensuring that renters aren’t evicted for nonpayment and landlords can keep up with their mortgages.

In order to receive help under the proposed program, landlords must meet two criteria. First, their rental income must have decreased by at least 25 percent during the 90 days following the governor’s March 13 public health order, which closed schools, restaurants, bars, gyms, daycare centers, and other businesses.

Second, at least one member of the household in question must have been terminated, laid off, or had their hourly wages or work hours cut as a result of the COVID-19 outbreak.

Landlords will be responsible for seeking the assistance.

At the direction of Gov. Gordon, the Legislature’s Management Council drafted a bill to create the program under the Wyoming Community Development Authority, which administers home loans and other related services in the state.

At its April 24 virtual meeting, the legislative committee made several tweaks to the initial version.

Lawmakers chose to cut $15 million from the total amount of funding the program would receive. Gordon’s recommendation set the funding level at $25 million. But the Management Council’s bill includes only $10 million.

Betsy Anderson, Gordon’s deputy chief of staff, asked members to restore the funds to $25 million. But the council rejected the request by a 5 – 7 vote.

“I fully intend to support adding more money to this at a later date,” Perkins said. “I just want to see how this rolls out.”

Help for everyone who needs it

On the other hand, the committee did agree by an 8 – 4 vote to remove an income requirement to access the program, at the request of the governor.

“The basis for assistance should just be the inability to pay rent. We want to make sure anyone impacted by COVID can stay in their home.”

The management’ council’s initial draft bill said that assistance would only be available if renters earned no more than 200 percent of the federal poverty level. For a family of four, that amount is about $54,000 a year.

Anderson, the governor’s deputy chief of staff, said being in poverty prior to COVID-19 shouldn’t be a requirement for renters to keep from being evicted. At a time when the state is asking people to stay at home and be safe to keep coronavirus from spreading, it makes sense to stop as many evictions as possible, she said. 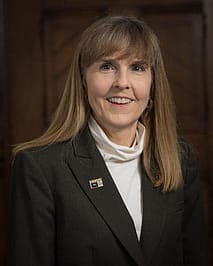 “We think the basis [for assistance] should just be the inability to pay rent,” she said. “We want to make sure anyone impacted by COVID can stay in their home,” she said.

Sen. Bill Landen (R-Casper) agreed. He argued that the program should be available to whoever needs it.

“I’ve had calls from many constituents who make just above that figure,” Landen said. “It doesn’t take much to throw them into a tailspin.”

Anderson said the governor’s office has been inundated with calls from people suddenly unemployed and worried about being evicted. She said that, while some states have issued eviction moratoriums, it’s not clear whether Wyoming’s governor has the authority to simply stop all evictions.

“We went through a lot of steps trying to help these people, and this ended up being the last resort,” she explained.

Although the need is clear for housing protections in Wyoming during the COVID crisis, and despite the state receiving more than a billion dollars in federal emergency funding, the proposed bill still faced its skeptics.

One of them was Rep. Mike Greear (R-Worland), who argued that low-income people in Wyoming are already receiving enough help.

Greear said last Friday that if someone loses a job due to the coronavirus crisis, they can get unemployment insurance plus a $600 weekly supplement to that insurance.

Through the CARES Act, he added, the federal government has also provided $1,200 to individuals through stimulus checks.

“In some low-paying jobs they are receiving more than they were receiving [in pay],” Greear said.

To Greear, a company that irresponsibly neglects to plan for bad weather in Wyoming deserves government help—as long as he’s the one receiving it. But people who can’t make rent because, through no fault of their own, the government shut their job down in a pandemic had better not receive a penny more than they need to survive.

Wyoming Legislature plugs in for an unprecedented “virtual” special...
Scroll to top
Share this ArticleLike this article? Email it to a friend!
Email sent!