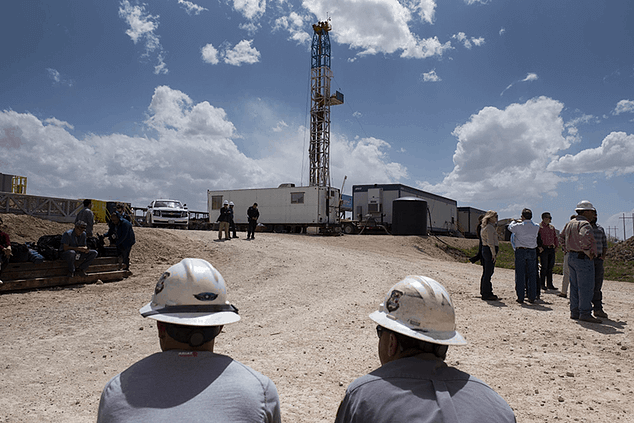 Layoffs in Wyoming's energy sector have some legislators thinking twice about refusing federal funds that can provide folks healthcare.

In addition to losing their jobs due to the COVID-19 pandemic, many of the tens of thousands of newly unemployed Wyoming workers have lost their health insurance benefits, too.

In response, the Wyoming Legislature will once again consider expanding Medicaid during a special session this summer.

The legislature is holding a series of several-day-long special sessions this summer in response to the COVID-19 crisis. The first took place May 15 – 16, during which lawmakers passed bills to allow the state to begin distributing federal emergency funds.

Even though the Wyoming Legislature has repeatedly refused Medicaid expansion, the COVID-19 crisis has created a new landscape for the state. While the program still faces an uphill battle, its passage seems more likely now than perhaps ever.

The Revenue Committee’s support of Medicaid expansion in advance of the 2020 session came at the same time that red states across America—including Wyoming’s conservative neighbors—have, at long last, begun to embrace the commonsense program.

The proposal sponsored earlier this year by the Joint Revenue Committee would have authorized Gov. Mark Gordon and the Wyoming Department of Health to negotiate a state expansion plan with the federal government.

“I think people’s minds are changing about this.” — Speaker of the House Steve Harshman

Frustratingly, the proposal failed an introduction vote in the House in February.

But the coronavirus outbreak that closed business and shut down many sectors of Wyoming’s economy, including the mining industry, has put Medicaid expansion back on the legislature’s radar.

Even leading lawmakers who previously opposed the program seem to be softening their positions. 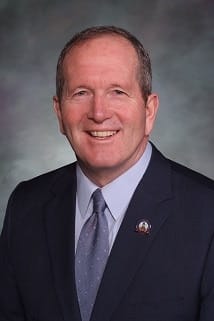 Speaker of the House Steve Harshman

In preparation for the special session to address the COVID-19 crisis, the legislature’s Management Council voted to assign Medicaid expansion to the Revenue Committee for reconsideration.

Speaker of the House Steve Harshman (R-Casper) has been a consistent “no” on Medicaid expansion. But prior to the most recent vote he noted, “I think people’s minds are changing about this.”

At almost the same time, Gov. Mark Gordon told reporters at a press conference that “all options”—Medicaid expansion included—“are on the table” during the COVID-19 crisis.

Medicaid expansion advocates provided a wide variety of reasons for Wyoming to adopt the program during a virtual “listening session” with legislators earlier this month.

“It is time to accept the federal funds to provide healthcare to our low-wage adults, enable them to pay their medical bills, and stabilize our healthcare system in Wyoming.”

Marguerite Herman, veteran lobbyist for the Wyoming League of Women Voters, said it’s estimated that 40 percent of the new jobless workers during the pandemic will be uninsured.

“We can address it by allowing these workers to apply for Medicaid,” Herman said. “It is time to accept the federal funds to provide insurance and healthcare to our low-wage adults, enable them to pay their medical bills, and stabilize our healthcare system in Wyoming.”

The federal government will pay at least 90 percent of the cost of Medicaid expansion. Earlier this year the Department of Health estimated between 19,000 and 27,000 low-income residents could enroll in the first two years after expansion. The state’s cost would be $18 million over that biennium, compared to $135 million it would receive from the federal Centers for Medicare and Medicaid.

Those numbers are likely to grow as the state’s unemployment rate increases.

New advocates for a healthy workforce

Organizations that have previously not weighed in on Medicaid expansion have emerged in support.

Tate Mullen, Wyoming Education Association’s government relations director, noted the impacts of COVID-19 will be felt by every economic sector in Wyoming.

“When access to healthcare is tied to their work, the negative impacts of an individual or family member are made exponentially worse when someone loses a job,” Mullen said.

“It’s a very emotionally difficult and personal ordeal that can result in negative health consequences and substantial financial debt.”

Businesses also benefit from Medicaid expansion by having a healthy workforce. “Healthier employees take less sick days, which gives those businesses an edge over their competition in non-expansion states,” Mullen said.

Prior to the COVID-19 pandemic, many of Wyoming’s rural hospitals struggled with their finances, particularly as a result of having to provide “uncompensated care” to people who came to the emergency room without insurance.

The COVID-19 crisis has made things worse, because hospitals have been unable to perform the types of scheduled procedures that provide them with the most revenue.

“This is a really good time to take a critical look at Medicaid expansion,” Boley said.

“If folks have access to affordable cancer screenings and cancer treatment, we have really helped reduce cancer rates and cancer death rates in Wyoming,” Mincer added.

Bekah Smith, director of the Wyoming Women’s Foundation, said even prior to COVID-19, women were more likely to be eligible for Medicaid expansion because they have lower-paying jobs than men.

“Now, more women have been affected by job losses or becoming underemployed, and there are more women moving into that category who may be affected or able to enroll in [expanded Medicaid],” Smith said.

Women already had less access to healthcare in Wyoming than men prior to the COVID-19 crisis.

Wyoming faces the biggest financial crisis in its modern history. Lawmakers...
Scroll to top
Share this ArticleLike this article? Email it to a friend!
Email sent!