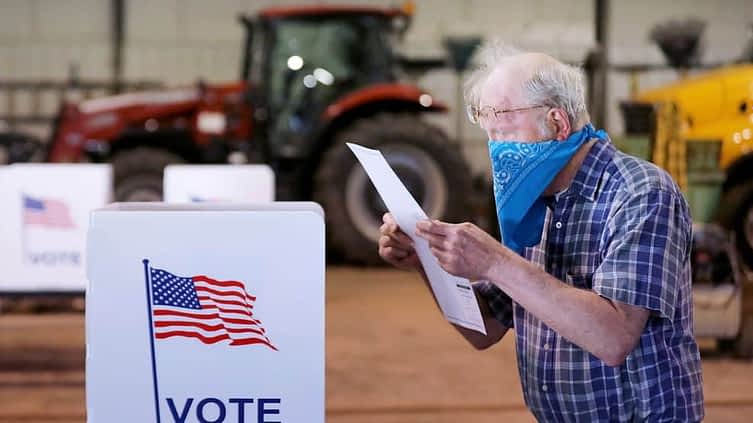 COVID-19 is just one reason why Wyoming should join its Western neighbors and expand mail-in voting.

States across America are making voting by mail more accessible for the 2020 election, and Wyoming is one of them.

The COVID-19 pandemic has prompted governments at every level to discourage large-scale gatherings. Although the United States trails most developed nations in voter turnout, Election Day still brings together enough people to at least raise questions about voter and poll worker health.

But there are other reasons why Secretaries of State are looking to vote-by-mail. In places like Utah and Colorado that had previously adopted statewide vote-by-mail programs, voter participation has dramatically increased. This is true both for the overall population, as well as among groups that tend to vote less frequently, like young people, people of color, blue-collar workers, and less-educated folks.

All the while, voter fraud in these places has been as low as it is everywhere else.

Wyoming has taken a few steps to expand vote-by-mail this year, but it could—and should—do more. And it has the opportunity to do so thanks to $3 million in available federal funding as part of the coronavirus relief CARES Act.

It’s up to the Wyoming Legislature to accept these funds and apply them to an expanded vote-by-mail program. Doing so would improve voter turnout in Wyoming, with the added benefit of allowing folks to protect their health.

Wyoming is somewhere in the middle of the pack when it comes to state vote-by-mail laws.

We lag far behind our neighbors like Utah and Colorado, which automatically send “absentee” ballots to every registered voter ahead of each election. Another neighbor, Nebraska, doesn’t have a statewide program, but it allows individual counties to set up all-mail systems. In all of these places, people can still vote at the polls if they want.

Western states have led the way when it comes to vote-by-mail. In 2018, nearly 70 percent of votes cast in the region went through the mail. Wyoming isn’t among this vanguard, but it is ahead of other states in some regards. For instance, Wyoming does not require an “excuse” to receive an absentee ballot. In 17 states, a voter must provide a reason why they would like an absentee ballot—being sick is often considered a valid excuse, but being afraid of getting sick is not.

While some states that typically require an excuse have eased restrictions for the COVID-19 situation, others haven’t.

A ballot beats a letter

Wyoming’s response so far to COVID-19 has been likewise modest when it comes to elections.

Recently, most registered voters in the state received letters from Secretary of State Ed Buchanan explaining that they can vote by mail in the Aug. 18 Republican and Democratic primaries. The letters also include applications for absentee ballots that folks can mail in.

Any registered Wyoming voter can also receive an absentee ballot simply by calling their local county clerk or requesting one online.

But other states’ responses are much stronger, and they have seen impressive results. In Montana, the Democratic governor and Republican secretary of state agreed to send all registered voters absentee ballots ahead of the June 2 primaries. As the votes were tallied, turnout appeared to hover at around a record-shattering 55 percent—a whopping 10 percent increase over the 2016 primary. Other states with June primaries saw similar results.

Following orders from the federal Centers for Disease Control, Secretary of State Buchanan has ordered Wyoming county clerks to decrease the number of polling places where people can vote. This will undoubtedly cause confusion and stifle turnout.

Since Wyoming has the infrastructure to send every registered voter a letter informing them about their ability to vote “absentee” by mail, it can also just send everyone a ballot. And since there’s federal money available to help pay for it, what’s the excuse not to do it?

Well, of course, you know the excuse—misguided fears about voter fraud.

Colorado Secretary of State Jena Griswald reports that only .0027 percent of the more than 2.5 million ballots cast in Colorado during the 2018 midterm elections were suspect.

Luckily, states moving to increase vote-by-mail have clear paths to follow from the states have long implemented such programs. None are more susceptible to voter fraud than any other state.

Colorado’s program is widely considered the gold standard. It maintains accurate mailing lists by regularly updating information from the National Change of Address database and the Colorado Department of Motor Vehicles lists. This ensures that ballots are mailed to the right people. Officials cross reference voting rolls against the Social Security Index, so they can remove people who have died.

The program relies on signatures for verification. A voter must sign the back of their ballot before submitting it. Then, a team of bipartisan election judges appointed by county clerks compare signatures to the state’s voter database, typically from driver’s licenses. If the two don’t match, county clerks send a letter asking for proof the ballot was filled out by the voter, asking for a fixed signature to be returned.

Colorado Secretary of State Jena Griswald reports that only .0027 percent of the more than 2.5 million ballots cast in Colorado during the 2018 midterm elections were suspect enough to take such action.

Likewise, deeply conservative Utah has used mail-in ballots widely since 2013 and has also seen turnout surge during that time, while voter fraud remains virtually nonexistent. The top election official there, Lt. Gov. Spencer Cox, told the Salt Lake Tribune that the only regular instance of voter fraud his office encounters are presumably well-meaning parents of Mormon missionaries trying to fill out ballots for their children serving abroad.

Perhaps the deepest flaw in any attempt by Wyoming to expand vote-by-mail deals not with voting, but with registering to vote.

In Wyoming, it’s a pain in the ass to register to vote if you don’t register at the polls.

Wyoming allows voters to register at the polls. While this is all well and good, state leaders have used it as an excuse to not pursue other methods of enabling voter registration.

For instance, Wyoming is one of only a handful of states that don’t allow people to register online to vote. Many other states automatically register people to vote when they get their drivers licenses, while Wyoming doesn’t. And while state law does not expressly forbid voter registration drives like those held in many states, it requires people to either register in person at the county clerk’s office or get their mail-in application notarized. This makes third-party voter registration very difficult.

Meanwhile, Wyoming has an aggressive program of “purging” voters—if a person does not vote in a general election during a presidential election year, they are automatically un-registered, and they have to re-register before they vote.

As a result, even though all registered voters received a notice about voting “absentee” by mail and there is a possibility to expand the program, many people will remain disenfranchised because, in Wyoming, it’s a pain in the ass to register to vote if you don’t register at the polls.[/fusion_text][/one_full]

Wyoming needs a strong healthcare system to help diversify its economy. It doesn’t...
Scroll to top
Share this ArticleLike this article? Email it to a friend!
Email sent!