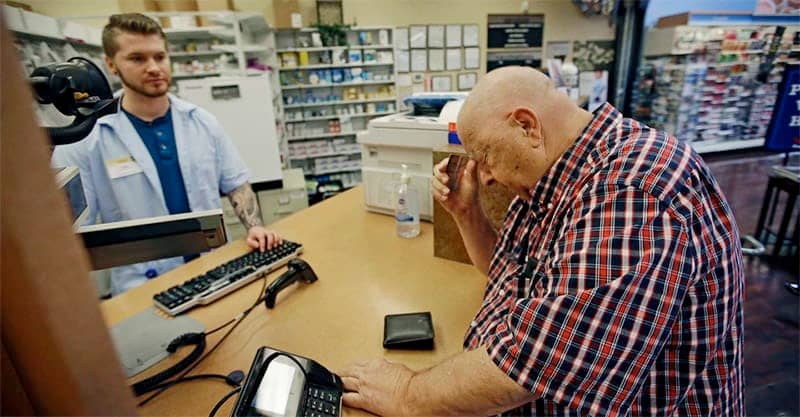 More than a third of Wyomingites said they had stopped taking drugs as prescribed because of cost.

Prescription drug prices are rapidly rising in Wyoming and across the United States. Nationally, drug costs have increased on average 5 – 10 percent each year for nearly a decade.

In Wyoming, where the average income has risen only 3 percent during that same time period, many working families and seniors are struggling to pay for both their prescription drugs and other basic needs.

Legislators from all over the state are hearing from constituents wondering what they’ll do about it.

“I’ve actually met families that have to choose between whether they’re going to have prescriptions this month or have three squares a day on the table, and that’s heartbreaking,” Rep. Tim Salazar (R-Riverton) told Better Wyoming.

In response to this problem, the Wyoming Legislature voted unanimously to pass a bill during the 2020 session, sponsored by Salazar, that would have the state “study” whether a program importing drugs from Canada would help. Prescription drugs cost far less in Canada than they do in the United States.

But an upcoming report from the Department of Health suggests that Canadian drugs are not the answer. Meanwhile, the Legislature continues to refuse other, more straightforward solutions to allow folks to afford their medication.

As a result of lawmakers’ failures, access to healthcare in Wyoming continues to be one of the most pressing problems its residents face.

The struggling families in Salazar’s district are far from alone. An alarming 2017 National Health Interview Survey found that more than one-third of Wyoming residents reported they had stopped taking medicines as prescribed due to high costs.

Tom Lacock of the Wyoming AARP said a survey of his members found that 70 percent listed reducing prescription drug prices as their top priority. His group suggested to the Legislature looking at importing drugs from Canada as a possible solution.

“I’ve met families that have to choose between whether they’re going to have prescriptions this month or have three squares a day on the table.”

But in testimony to state lawmakers last month, Wyoming Department of Health Policy Analyst Franz Fuchs previewed the agency’s findings and said, essentially, that it’s not going to work.

It is, indeed, a popular idea, Fuchs said. Fifteen other states and the federal government have proposed or tried to create some kind of program to import Canadian drugs. None have gone particularly well, and there’s not much to suggest that a Wyoming program would be any different.

Fuchs will present his complete report to the Legislature’s Joint Health, Labor, and Human Services Committee next month.

While importing cheaper drugs from Canada sounds good on paper, Fuchs told lawmakers that a number of real-world issues would likely prevent its success.

For instance, Canada has so little pharmaceutical manufacturing of its own that chances are slim that it can act as a consistent supplier. So, Canadian businesses would more likely traffic drugs unchecked from other countries into the United States—something that worried police lobbyists, among others.

Furthermore, Fuchs said it’s unlikely that importing drugs from Canada would lower costs for Wyoming seniors under Medicare’s prescription medicine plan, because deals would have to be struck separately with each participating insurance company.

“Just based on fundamentals, I don’t see it working out.”

At the same time, Fuchs said it would be possible that importing medicines from Canada could save Wyoming’s state employee health plan up to $10 million a year. But to do so, he said, all of the employees would have to be “persuaded or cajoled” to accept foreign pharmaceuticals, and there’s absolutely no guarantee that would happen.

“The real question is do we want to invest and create this infrastructure for a system that may not be sustainable?” Fuchs told lawmakers. “Just based on the fundamentals, I don’t see it working out.”

A problem beyond the state’s reach

Consumer trust is a big factor in deciding whether importing drugs to Wyoming or any other U.S. state is a good idea.

Neither the U.S. or Canadian governments will certify that drugs shipped from Canada to America are safe. So, trusting imported drugs is like playing a game of Russian roulette with the public’s health and safety.

Sen. Charles Scott (R-Casper), who co-chairs the Joint Labor, Health and Social Services Committee, said the solution to high drug prices is probably a problem too big for the state and needs to come from the federal government.

“It comes down to the state government is not as efficient a [drug] smuggler as an individual is,” Scott said. “This is probably a problem that is beyond the state’s reach.”

Indeed, the federal government could certainly help increase access to prescription drugs for many people in Wyoming. But that would involve a program Scott and others have long opposed: Medicaid expansion.

A program to help folks get prescriptions

Roughly 20,000 people in Wyoming who are currently uninsured would gain healthcare access by expanding the Medicaid health insurance program. That includes prescription drugs.

According to a study in the Journal of Health Economics, states that have expanded Medicaid—including every single Mountain West state aside from Wyoming—have seen on average a 19 percent increase in prescription purchases within the first 15 months of the program. The largest increases occur for medicine to treat diabetes, heart disease, and other chronic conditions.

Under expanded Medicaid, many families like those in Rep. Salazar’s district would no longer need to choose between buying prescription drugs and eating regularly. Meanwhile, the federal government—like Sen. Scott said—would provide the critical resources to make this happen. Under current law, the federal government covers 90 percent of the cost for states to expand Medicaid.

But Salazar, Scott, and most other Wyoming lawmakers have for years defeated efforts to bring increased healthcare access to Wyomingites via the Medicaid expansion, opting instead to pursue alternatives that fail the state and its residents.

Screw the schools, screw the youth: Wyoming lawmakers refuse tax proposals to...
Scroll to top
Share this ArticleLike this article? Email it to a friend!
Email sent!