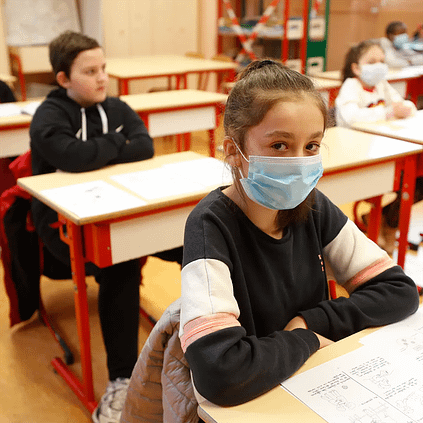 A bill to cut $250M from education would be disastrous.

Precisely how much the Wyoming Legislature will cut from education this year during the state’s ongoing budget crisis is anybody’s guess, but the outlook is grim.

The starting point for discussion is a whopping $90 million from the statewide schools budget starting in 2022—a roughly seven percent cut—and then additional reductions of more than $80 million each year through 2024. That’s $250 million over the course of three years.

Those are the figures included in House Bill 61, which was assigned to the House Education Committee last week at the launch of the 2021 general session.

And the cuts could be even bigger right off the bat. Far-right lawmakers emboldened by recent victories at the polls will be arguing for severe spending reductions during the 2021 session, while fighting against any effort to raise taxes to replace the revenues Wyoming has lost from the struggling fossil fuel industries.

NO LONGER ABLE TO “PROTECT THE CLASSROOM”

Wyoming’s education funding problems are not new—the Legislature has already cut roughly $100 million from the state schools budget over the past four years in response to losses from the coal, oil, and gas industries.

To date, Wyoming schools and teachers have mostly been able to “protect the classroom” from these reductions without severely impacting student learning. But the prospect of an additional $250 million or more in cuts has prompted school districts to speak up and explain to Wyoming lawmakers what the damage will look like when they fail to properly fund our education system.

In short, the damage is poorer education and eliminating jobs.

House Bill 61 is sponsored by the Legislature’s Select Committee on School Finance Recalibration, which met over the past several months to examine Wyoming school funding amidst the current budget crisis.

In the process, the committee asked the state’s 48 school districts to describe how budget cuts of 10 percent or 16 percent would impact education and their communities.

The districts responded with a series of letters that detail the potential consequences.

In a review of these letters, Better Wyoming found that districts large and small stressed three themes: the cuts would prohibit them from providing a quality and equitable education to all students, as required by state law; they would result in job losses that would harm local workers and economies; and the districts implored lawmakers to find additional resources—i.e. taxes—to pay for K-12 education.

In a letter from Laramie County School District No. 1, board chair Marguerite Herman explained that a 16 percent cut to that Cheyenne district would be about $34 million. This would have “a profound effect on every aspect of our operations,” including the loss of 350 full-time staff positions.

These job losses, Herman noted, would “create rippling effects through the entire community” at a time when families are struggling to recover from the financial impacts of COVID-19. She added that “the lasting effect of compromising on the quality of public education in Wyoming will be severe.”

A 16 percent cut for Fremont County School District No.  25, in Riverton, would mean a $4 million budget cut and the loss of 45 full-time positions.

“At some point we cut ourselves out of existence,” Board Chairman Carl Manning wrote. He added that Fremont No. 25, like many districts, is also losing students, which decreases their per-student funding from the state. He estimated the district would lose about 200 students this year, which would result in an additional loss of $1 million in state block funding.

Campbell County School District No. 1 said a 10 percent cut would eliminate 140 jobs. “A reduction of that magnitude would be devastating to our educational programs and we would not be able to deliver the required [education] to our students,” the district wrote. “This would impact all areas of operation, including the classrooms.”

Albany County No. 1 School Board Chairman Janet Marshall wrote that massive cuts and layoffs would cause class sizes to dramatically increase. They would also result in cutting elective courses like music, physical education, and art.

A reduction of that magnitude would be devastating to our educational programs.

The Albany County letter put most bluntly what other districts alluded to: Wyoming needs to raise new tax revenue for education.

“Wyoming’s constitution explicitly instructs the Legislature to ‘create and maintain a thorough and efficient system of public education,’” Marshall wrote, “and to fund such a system by ‘taxation or otherwise.’ The range of potential options here is broad, given how narrowly the state today relies on mining industries to supply its revenue.”

The letter points out that Wyoming does not have either a personal or corporate income tax, it has the nation’s third lowest residential property tax rate, and the nation’s sixth lowest sales tax rate.

Other letters, like one from Cook County School District #1, wondered aloud why lawmakers won’t act.

“The Wyoming Legislature has the power to replace the funding that has been lost over the past few years; local school boards do not,” Crook County Board Chairman Brian Marchant wrote. “CCSD#1 board members have heard multiple times over the past few years that we cannot cut our way out of the fiscal downturn. If that is the case, why are we still having the same discussion?”

The House Education Committee heard a brief overview of HB-61 at its meeting last week, which took place online. But the committee did not take any action on what they rightly considered a bill of monumental consequence.

Rep. Albert Sommers (R-Pinedale), a member of the committee and the House Majority Floor Leader, stressed that he and his colleagues needed to hear from the people of Wyoming in order to guide this decision.

“We need to have robust public participation in this,” Sommers said. “It’s going to take an incredible amount of time to work this bill.”

The committee won’t formally consider HB-61 until the Legislature meets in person, tentatively scheduled in March.

“We’re not going to cut our way out of this,” Harshman said. “I think there would be automatic lawsuits [from school districts], and such damage done to our communities across the state.”

Harshman said he would contact groups representing municipalities, county commissioners, and school boards for input on the tax issue. The Wyoming School Board Association has put forth a resolution supporting a sales tax increase to support education.

But it’s vital that the public tell all legislators that cutting Wyoming school funding to this degree is unacceptable.