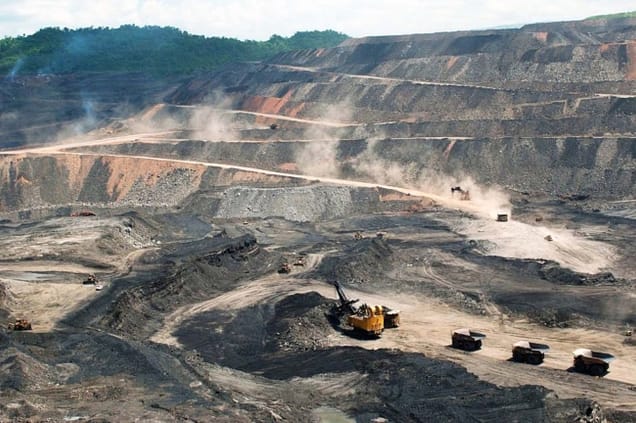 Despite the Legislature's best efforts, coal has consistently declined.

Wyoming has lots and lots of coal, but fewer and fewer people want to buy it. What to do?

During the 2021 legislative session, lawmakers have rolled out a four-pronged solution: Sue other states for not using coal, force Wyoming companies to keep burning it, invest in bogus technology to “clean” coal, and bury the competition.

It’s easy to see why our lawmakers love coal. The coal industry—along with oil and gas—has basically funded Wyoming’s government for decades, while providing high-paying jobs, to boot.

When there’s been a bust, the industry has always recovered … until now. Climate change has left King Coal reeling as other states demand cleaner energy, and COVID-19 is seemingly the knock-out punch. Several coal corporations have either declared bankruptcy or announced plans to leave the state.

But lacking other ideas to fund public services or boost jobs, Wyoming’s “leaders” have decided they will hang onto coal with all the forces they can muster, even if they’re bound to lose.

And they’re more than happy to drag the rest of us down with them.

While lawmakers slash funding for healthcare and social services, a legislative committee voted 9 – 0 Friday to put $1.2 million into a new account so Wyoming can sue other states that don’t want to use its coal.

“You’re not going to walk onto our playground and tell us how to play,” said Rep. Jeremy Haroldson (R-Wheatland), sponsor of House Bill 207, “Coal fired generation facility closures-litigation funding.”

Casting other states as the bully on the playground is funny, considering Wyoming is suing the state of Washington for not hosting an export terminal so it can ship Powder River Basin coal to Asian markets.

“You’re not going to walk onto our playground and tell us how to play.”

HB-207 would fund lawsuits like Wyoming’s failed attempt against Washington, as well as against states that pass laws that generally decrease the use of coal. So if Colorado or New Mexico, for instance, decide to pare back coal consumption in an attempt to slow climate change, Wyoming can send in its lawyers!

“Litigation is one of the tools the state of Wyoming has to make sure we have a reliable grid system and electrical presentation system,” Luthi said. “It’s a great ‘messaging’ bill—it shows Wyoming is willing to defend its ability to produce power, and if we have to we will use it for litigation.”

Rep. Chuck Gray (R-Casper), who’s banking on his pro-coal platform to help him oust U.S. Rep. Liz Cheney in the 2022 GOP primary for Congress, beat his chest and said he wasn’t impressed by Luthi’s support.

“I’m not into ‘feel good’ now,” Gray said. “I’m interested in getting something done.”

The religion of carbon capture

Wyoming lawmakers launched their coal protection strategy in 2019, when they passed a law that forces companies that own coal-fired power plants to make “good-faith efforts” to find buyers for plants they want to close down.

But who wants to purchase a coal plant when other states demand electricity generated by low-cost, cleaner natural gas or renewable energy?

Last year the Legislature decided to answer this question by heavily investing public money in an unproven technology: carbon capture and sequestration.

Luthi, the governor’s advisor, is a devout believer in carbon capture. The idea is simple: If we can use technology to “capture” the carbon from burning coal, it won’t contribute to climate change. And everyone will want to buy coal again!

“Burning fossil fuels is not the issue, it’s the release of CO2 that’s the issue,” Luthi told the House Minerals Committee. “Carbon capture must be part of our energy mix.”

Currently, however, carbon capture is more like a religion than a feasible business strategy. Despite heavy public and private investment, and huge federal subsidies, no carbon capture projects have economically panned out.

In fact, the only carbon capture coal-fired power plant in the United States closed in January, shortly before the Wyoming Legislature’s session.

Wyoming has poured tens of millions of dollars into a test site near Gillette and research at the University of Wyoming. Last year, the Legislature passed a measure to force state residents to help pay for carbon capture research via higher electric bills.

Meanwhile, advances in solar and wind energy technology are propelling the industries forward, as prices for carbon-free energy drop.

Wyoming lawmakers can see that they can’t save coal simply by making it “clean.” They also have to stop the renewables industries from growing.

The Legislature has created a wildly unpredictable business environment for renewable energy companies by constantly threatening to hike taxes, and by working to tank the rooftop solar industry.

In addition, bills that would forbid utilities from using renewable energy have become common at the capitol.

Electricity generated for Wyoming customers would have to come from a select list of eligible power sources. Coal and natural gas are eligible. Wind and solar are not.

Under House Bill 248 , “Electricity productions standard,” electricity generated for Wyoming customers would have to come from a select list of eligible power sources. Coal and natural gas are considered to be eligible. Wind and solar are not.

Another anti-renewables measure is HB-258, “Public utilities-reliability and transparency requirements.” It would require utilities to source 100 percent of their electricity from “dispatchable” sources of power, like coal and natural gas.

What’s not dispatchable? Any type of power that’s not dependent on “the presence or variability of wind, sunshine or other weather conditions.”

Utilities that spurn these proposed rules by providing carbon-free energy would lose their ability to serve Wyoming customers.

The bills to effectively ban renewable energy in Wyoming were tabled on Wednesday. They will likely become “study topics” for the Joint Minerals, Business, and Economic Development Committee during the interim session.

One that survived, however, is House Bill 166, “Utilities-presumption against early facility retirements.”

“A revamped clean energy plan headed our way, whether Wyoming likes it or not.”

Under HB-166, the state Public Service Commission must build into its decision making the presumption that early retirement of a coal plant is not in the state’s best interest. In other words, the agency—which Gov. Gordon used to bully PacifiCorp over its plan to begin transitioning to renewable energy—will be forced by law to do all it can to keep coal plants open, regardless the cost.

House Minerals Committee Chairman Mike Greear (R-Worland) made it clear that HB-166 would go to the House floor with full backing from leadership.

“I am not inclined, in any way, shape or form to not take any action on his issue this session,” Greear said. “We have made a decision, within leadership, that this committee will take the lead on these discussions.”

Thus, the Legislature announced it would dig in its heels to keep Wyoming entrenched in the past, shackled to a failing industry.

Shannon Anderson, an attorney for the Powder River Basin Resource Council, warned Greear and his colleagues that Wyoming in fact has little control over changes in the global energy landscape.

“A revamped clean energy plan is likely” at the federal level, Anderson said. “Whether Wyoming likes it or not, it’s headed our way.

“We need to give utilities more flexibility to make decisions for their customers, not restrict those decisions through additional regulatory mandates that will only cost families, ranches,  small businesses and other utility customers,” she said.

Instead of listening, the committee members each reached into their pockets, rubbed their lucky coal clumps, and voted to advance the bill.