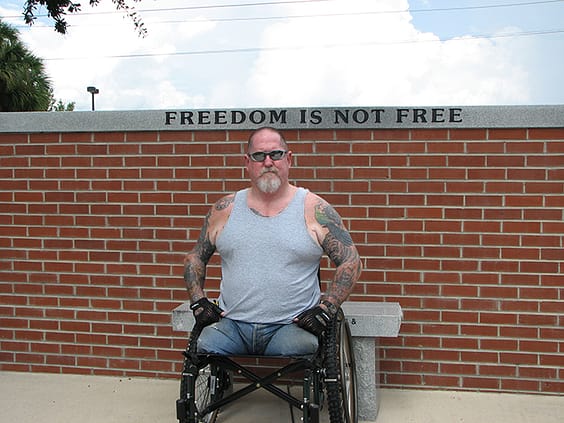 Cannabis patients are an increasingly important part of the discussion about legalization in Wyoming.

The Wyoming Legislature’s House Judiciary Committee on Friday advanced a bill that would legalize cannabis in the state.

The proposal will now go to the full House, where it has several powerful co-sponsors, including Speaker of the House Eric Barlow (R-Gillette) and Rep. Jared Olsen (R-Cheyenne), the Majority Whip.

House Bill 209, “Regulation of marijuana,” would legalize recreational use for adults in Wyoming, which is one of six U.S. states where cannabis remains completely criminalized.

“This is about access for people who are responsible adults.”

Much of the commentary at Friday’s meeting revolved around the fact that, for many people in Wyoming, cannabis has become a critical tool to treat their illnesses.

Frank Latta, a former Republican Wyoming State Legislator, said doctors told him that his multiple-sclerosis (MS) would be much better treated by cannabis than highly addictive opioids.

But since he lives in Gillette, where he was once the mayor, that was not an option. So he used prescription painkillers instead.

“I could not buy a simple plant that would do the same thing,” Latta said. “My state says I can’t be on that. It’s cost me my political career, it’s cost me some businesses, because I cannot treat my MS problems without using an opioid.”

Rep. Mark Baker (R-Green River), a current legislator, described his experiences with ulcerative colitis, which forced him to leave the military and required an elaborate series of treatments.

“I ended up going from about 160 pounds down to about 119 pounds,” Baker said. “I’ve lived 21 years without a colon. Part of that time, I’ve used access to cannabis. And I can tell you this, life is much easier physically with cannabis than it is without.”

Baker acknowledged that some people abuse cannabis. But anything can be abused, he said, and the Legislature’s job is to craft laws for law-abiding citizens.

“If one person misuses the Second Amendment, we don’t advocate for taking away that right from another person who’s going to use it properly,” Baker said. “This is about access for people who are responsible adults.”

Responsible adults be damned: Police representatives and authoritarian conservatives showed up to oppose the measure, citing its danger to youth and threatening the state will be infected, essentially, with reefer madness.

But numerous studies have shown that states that legalize cannabis do not, in fact, experience a measurable increase in youth consumption.

SAM works closely with the Wyoming Association of Sheriffs and Chiefs of Police (WASCOP), which has long led the effort against cannabis legalization in Wyoming.

Gore-tex heiress Susan Gore, founder of the Wyoming Liberty Group, warned the committee about the dangers of the devil’s lettuce.

The Wyoming Liberty Group has numerous lobbyists at the Legislature, but the billionaire—who once adopted her ex-husband as her child in a ploy to secure more inheritance—chose to appear in person.

“My main point here is to plead for the brains of the children in Wyoming,” Gore told the committee. She said so many Wyoming mothers use cannabis already that legalization would result in an epidemic of Fetal Marijuana Syndrome.

“A friend of mine called 30 mothers in the area of Cheyenne to see if they could help her with her childcare problem, because the daycare was closed,” Gore said. “Every single one said she was using marijuana.”

Flabbergasted, Rep. Olsen, the committee chairman and HB-209 sponsor, eventually had to inform Gore that her that her time was up. But he thanked the  political megadonor for her presence.

“Ms. Gore, I feel honored that my bill brought you personally to testify, as opposed to anyone from your group,” Olsen said.

The high cost of criminalization

HB-209 is based on Virginia’s cannabis laws. It is sponsored by a motley crew of legislators, including a member of the far-right Freedom Caucus, moderate Republicans, a Libertarian, and a smattering of Democrats.

The bill would allow persons 21 and older to grow up to 12 marijuana plants in their home for personal consumption. It also spells out licensure of dispensaries, and it prohibits cannabis use outside of one’s home—so, no Amsterdam-like weed cafes or public-park toke sessions.

Buyers would be subject to a 30 percent excise tax, which would raise nearly $50 million a year, according to the Wyoming Department of Revenue.

Rep. Karlee Provenza (D-Laramie) pointed out the financial benefits from legalization would not stop at sales tax revenue. The state would also save by no longer having to lock people up for cannabis.

While Wyoming Department of Corrections data do not differentiate by drug, information provided to the committee stated that Wyoming currently has 335 people locked up for drug crimes, at a cost of $42,340 per person per year. Another 2,501 people are on probation or parole for drugs, at the rate of $2,125. That’s nearly $20 million per year.

Provenza told her colleagues that the emotional motivation for her to support HB-209 came from watching her mother benefit from cannabis while struggling with stage-four cancer. Her uncle had similar cancer, she said, and chose not to use cannabis.

“My mom is now celebrating five years cancer-free,” Provenza said. “My uncle has died. He couldn’t maintain his weight, couldn’t stay well, so he’s no longer with us.”

Provenza noted that her mother’s diagnosis came so quickly that she would not have had time to get a medical cannabis license. She benefitted from Colorado’s recreational legalization for her treatment.

“So many people are making these decisions, and any bar from allowing them to be able to make that personal choice of freedom and liberty is another bar for people being able to get the help that they need,” Provenza said.

The committee then advanced the bill with a 6 – 3 vote.

Abortion pill ban is part of suite of anti-choice bills before the Wyoming ...
Scroll to top
Share this ArticleLike this article? Email it to a friend!
Email sent!