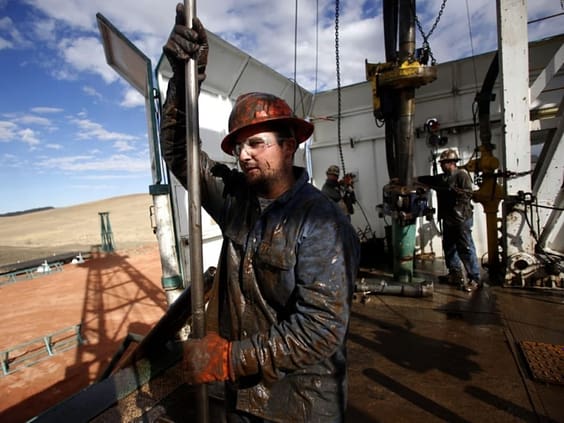 When a bill is heard by a Wyoming legislative committee, there are three typical outcomes: it gets approved, killed, or tabled.

Rarely does a measure get hijacked in broad daylight. But that’s what happened last Friday, when the House Minerals, Business and Economic Development Committee looked at House Bill 205, “Select committee on extractive industry transitions.”

It was a proactive proposal, the type that’s sorely needed as Wyoming continues to shed fossil fuel jobs and the state becomes desperate for tax revenue.

New Mexico and Colorado both have entire governmental programs and offices dedicated to helping transitioning fossil fuel communities. The new federal administration is developing programs to assist, as well.

“I don’t like the idea of ‘transition.’ To say it’s a transition is almost a little bit defeatist.”

But the Legislature’s Minerals Committee has for decades worked directly with industry to pass laws that entrench fossil fuels as Wyoming’s dominant economic force.

The members did not want to let any talk of “transitioning” out from under their thumbs.

Rep. Chuck Gray (R-Casper), who is running for Congress on a platform that supports the coal industry, questioned if the bill was even necessary.

“I don’t like the idea of ‘transition,’” Gray said. “To say it’s a transition is almost a little bit defeatist.”

When the meeting ended, HB-205 had been approved, 6 – 3. But the group Banks envisioned had completely changed.

Instead of being an essentially independent group of community stakeholders, it would now become a subcommittee of the Legislature’s Joint Minerals Committee.

Basically, HB-205 sought to create a task force to help Wyoming workers and communities during the global transition away from fossil fuels. Instead, it will be a collection of lawmakers who work hand-in-hand with the fossil fuel industries.

So what’s the difference? It boils down to membership and intent.

HB-205 intended to bring diverse stakeholders to the table to discuss economic development. But it could now be just one in a slew of proposals to prop up the coal industry.

The select committee originally proposed by HB-205 would have included three members each appointed by the Legislature’s House Speaker and Senate President, working with three liaisons named by the governor.

“Sitting in your office, isolated from Wyoming people, you are not the smartest person in the room.”

Their work would have been coordinated with the Wyoming Business Council and the Wyoming Energy Authority. Agencies like the Department of Workforce Services could become involved.

On Friday, Greear said the subcommittee will just work with whomever Gov. Mark Gordon wants to send to the meetings.

Steff Kessler, of the Wyoming Outdoor Council, told lawmakers that the problem with making the group a Legislative subcommittee is that the scope of ideas and experience dramatically shrinks.

“Sitting in your office, isolated from Wyoming people, you are not the smartest person in the room,” Kessler said. “You’ve got to get out, talk to people, you’ve got to engage with communities. This bill actually gets the Legislature out on the road, listening to Wyoming people and hearing some ideas about what could be done, and I think that’s a great resource.”

Banks’ bill didn’t spell out exactly what a successful transition would involve for Wyoming. But it’s clear that something must be done to keep places like his hometown, Rock Springs, from turning into ghost towns.

When utility company PacifiCorp announced last year that no workers will lose their jobs when the Jim Bridger Power Plant outside Rock Springs starts shutting down units in 2023, Banks took note of what the corporation didn’t say.

“It doesn’t guarantee that those jobs will stay in Wyoming,” he told Better Wyoming. “They may be moved out of state. The closure has huge potential ramifications for my community.”

The same holds true for the Naughton plant in Kemmerer and the Dave Johnston facility in Glenrock. Meanwhile, what will happen to Gillette and other Powder River Basin communities as coal mines close and jobs go away?

“This isn’t a Kemmerer or Rock Springs or Gillette issue, this is a Wyoming issue,” said Shannon Anderson, attorney for the Powder River Basin Resource Council. “These communities are going to lose their tax base, but the question of how we build jobs and a new economy is a statewide conversation.”

Banks told Better Wyoming he’s hopeful that a subcommittee will have the same impact as his original bill. He’d like to see members have listening sessions and invite residents to town hall meetings.

“What I’d like to see them do is focus on those impacted communities and how we can help them,” Banks said. “It may be some legislation; it may be some grant opportunities with the Business Council.”

Anderson said she’s concerned that relegating the work to a legislative subcommittee won’t result in new ideas. “It’s the same conversation we’ve been having for 20 years.” she said. “I doubt if we’ll go anywhere new, but we’ll see.”

The bill now proceeds to the full House for deliberation.