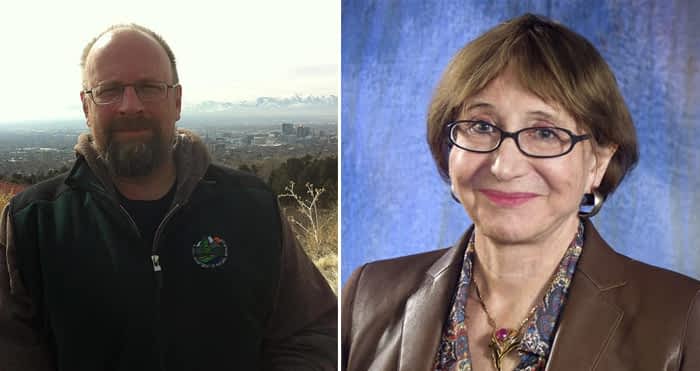 "It remains to be seen if Ms. Gore has broken any laws. Common sense says she probably has." - Sven Larson on Susan Gore's spying plot

Political economist Sven Larson worked 10 years for Susan Gore’s Wyoming Liberty Group as a senior fellow and policy analyst. He and Better Wyoming often disagree on issues like school funding and taxation. But in a statement provided to Better Wyoming, Larson condemns the recent actions of his former employer and argues that they will have consequences for Wyoming’s entire conservative movement.

This was no small case of “investigative journalism”. Ms. Gore’s spying scheme was apparently a big effort that must have cost hundreds of thousands of dollars. It included people with fake identities who made inroads into the circles of fundraising and related activities around the Democratic party, primarily but not exclusively here in Wyoming. It involved false addresses, spying equipment and even influence-building political donations.

The purpose was to gain access to information about the inside workings of the Democratic party and its affiliates. The fake-identity individuals were apparently successful in some ways, being close to an invitation to the Democratic National Convention. They also made their ways into people’s living rooms.

“The fact that you think you have to cheat to gain an advantage over your political opponent is a sordid testimony of your intellectual shortcomings.”

Imagine inviting people to your own home, people who are not who they say they are. People who actually want to do you harm in some way.

There are so many things wrong with this that I am not going to try to account for all of them here. I urge everyone to read the New York Times article and follow-up stories in local media. But as a policy analyst, as someone who has worked in Wyoming politics for 12 years and as a former employee of Ms. Gore’s, I want to put the moral spotlight on two aspects of this whole operation.

First and foremost, this is, again, not “investigative journalism”. This is a spying operation aimed at stealing information from your political opponent. This is a scheme aimed at compromising a competitor. Imagine a Chinese company spying on its American competitor. Imagine a president ordering a burglary operation against the party of his political opponent.

It remains to be seen if Ms. Gore has broken any laws. Common sense says she probably has, but that is for the lawyers to decide. However, even if she is on the “right” side of the legal boundary, the fact that you think you have to cheat to gain an advantage over your political opponent is a sordid testimony of your intellectual shortcomings.

I should point out that the liberal and progressive movement is not exactly crisp clean in this area either. But that really does not matter: cheating, deceiving and otherwise cutting corners is always wrong. When it grows to the size of Ms. Gore’s spying scheme, the deep un-ethics of it rapidly overshadows any positive contributions you may have made.

Bluntly: with this on her resume, Ms. Gore has now wiped out whatever credibility she had built with Wyoming Liberty Group. The immoral purpose behind her operation grows even more conspicuous given the fact that Ms. Gore shut down Wyoming Liberty Group’s policy department in 2019. She chose, plainly, to withdraw from the clean, transparent and honorable battle of ideas and instead engage in a sleazy Watergate-style attempt to steal information on, and from, her political adversaries.

Even if the think tank itself was technically not involved in her shady operation, Ms. Gore is its founder, close to its only source of money, and she runs both its board and its operations. Her absolute lack of moral compass has now tarnished her creation, probably beyond the point of recovery.

“The entire conservative movement in Wyoming will now fall under the same realm of suspicion and distrust that she has brought to her own organization.”

Which brings me to the second aspect of this that I wanted to highlight. The fallout from Ms. Gore’s spy operation is not only a personal problem for her; if it were, there would be no reason for further debate over this. But her actions will have ramifications far beyond Wyoming Liberty Group. The entire conservative movement in Wyoming will now fall under the same realm of suspicion and distrust that she has brought to her own organization. While others will eventually be able to build think tanks and other outfits to respectfully fight the battle of ideas, the threshold to climb in order to establish that honorability will be a lot higher.

Again, immoral activity is not isolated to one side of the ideological aisle. It is, so to speak, a bipartisan issue. But that issue does not get its resolution by sinking ourselves further into the swamp of deception and deceit. It gets its resolution by us all making an even stronger commitment to clean, respectable, transparent and productive debate over values, ideas and policy. Call me naive, but I still believe that the open arena of public discourse is the right place to fight for the future of our state, and our country.

Sven R Larson, Ph.D., is a political economist and author.

Redistricting is a boring, bonkers, sometimes corrupt process in Wyoming you...
Scroll to top
Share this ArticleLike this article? Email it to a friend!
Email sent!