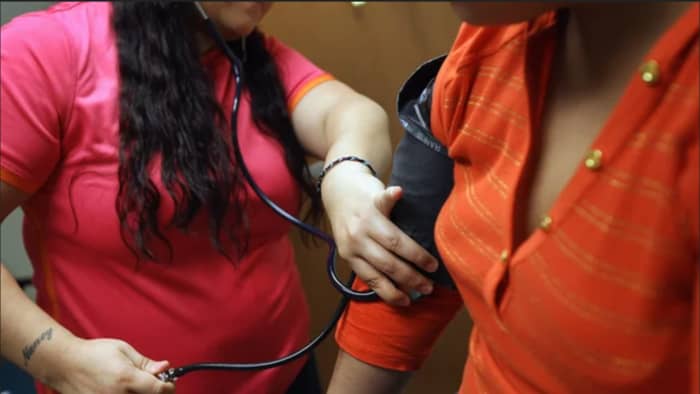 1. Tens of thousands of people in Wyoming don’t have health insurance. They earn too much to get “traditional” Medicaid, but they earn too little to afford insurance from the federal Marketplace. These folks fall into the “coverage gap.” They would be covered by expanding Wyoming Medicaid.

2. This is a matter of life and death. Our Wyoming neighbors suffer and die as a result of not being able to access healthcare. Folks forego screenings that could detect cancer or other fatal illness, they forego preventative care and prescriptions because they can’t afford them, and they delay treatment for serious illness, creating long-term effects.

3. Untreated illnesses hurt families because adults who are chronically sick often struggle to earn enough to support their families.

4. Most people who would qualify for health insurance coverage under Medicaid expansion work. They have jobs, but they don’t have job-based health insurance or earn enough to buy their own coverage, even with a subsidy on the federal Healthcare Marketplace.

5. Medicaid expansion would mostly benefit women, and particularly young single mothers. These are many of the folks working jobs with low pay that don’t have health insurance.

6. The other main demographic in the “coverage gap” are middle-age folks toward the ends of their careers. Many of these people have illnesses that cut back their ability to work, but they also can’t afford or access treatment.

7. Wyoming hospitals and clinics lose tens of millions of dollars per year from treating people who come to the emergency room for care because they don’t have insurance and who can’t afford to pay. These people are often ones who fall in the “coverage gap.” Expanding Medicaid can provide critical funding to keep hospitals and health clinics up and running.

8. The federal government pays for 90 percent of Medicaid expansion. Plus, under the American Rescue Plan, Wyoming would receive additional tens of millions of dollars in federal funding. This money could help Wyoming fix and develop its struggling healthcare system and balance its state budget.

9. Wyoming needs to diversify its economy, and we should start with our healthcare industry. Wyoming has fewer doctors per capita today than in the 1960s, our residents often must leave the state for care, and our hospitals and clinics are cutting back services. Medicaid expansion would stimulate our healthcare industry and provide good jobs for our communities.

10. Medicaid expansion benefits YOU. Whether you fall into the “coverage gap” and personally lack insurance, face higher medical bills because hospitals pass on costs to you from treating uninsured people, know people in your community who lack coverage and can’t afford treatment, or want to see a better, healthier future for Wyoming, you would personally benefit from Wyoming expanding Medicaid.

The Wyo Legislature’s “emergency” session to fight vaccines is political...
Scroll to top
Share this ArticleLike this article? Email it to a friend!
Email sent!