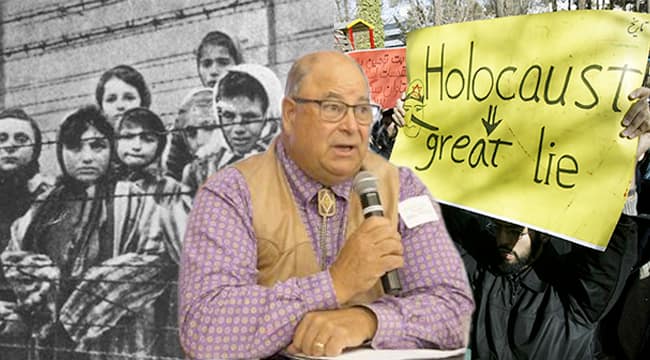 There are two sides to every story, said Driskill, including the Holocaust.

A bill to force Wyoming teachers to catalog and publish their instructional materials online was defeated by the House Education Committee on Monday after significant pushback from educators, lawmakers, and schoolchildren.

Proponents of Senate File 62, “Civics Transparency Act,” sold the bill as a “transparency” measure. In reality, it was a culture war weapon that far-right zealots could use against schools and teachers in their fight against “critical race theory” and other narratives that acknowledge that bigotry is, indeed, a problem.

School boards and libraries nationwide have recently become targets for activists working to censor materials that are available to children.

Librarians in Gillette have battled back pro-censorship protests for most of the past year. Similar actions have targeted the school board in Natrona County and elsewhere in Wyoming.

Had it passed, SF-62 would have allowed activists anywhere in the nation to view Wyoming teachers’ classroom materials and gin up opposition to them.

The bill is part of a national movement pushed by think tanks like the far-right Goldwater Institute, which is circulating a “model Academic Transparency Act” that many state legislatures are considering.

Balow parlayed the media attention she received for opposing critical race theory into a promotion: She left Wyoming in January to become the state superintendent of Virginia under newly elected far-right Governor Glenn Youngkin.

Two sides to the Holocaust

“Should both sides of that be taught? To me the answer is absolutely.”

Former Wyoming House member Nathan Winters, chairman of the Family Policy Alliance of Wyoming, told the committee that teaching about racism is one of the reasons his group supports the bill.

Winters said parents are concerned that, in Wyoming’s public school system, “there are certain materials that are being taught to our children that would teach them that they are racist, based on the amount of melanin in their skin.”

Driskill used the Holocaust as an example of an historic event that needs fairer treatment in schools, which his bill would bring about. Instead of only teaching about the negative aspects of the Holocaust, he said, students should learn both sides of the story.

“There’s a full variance on what happened and how it happened,” Driskill said. “Should both sides of that be taught? To me the answer is absolutely. You need to have everything from ‘it was the most atrocious thing that ever happened’ to ‘here’s people who say it didn’t happen.’”

Earlier in the 2022 session, a different anti-critical race theory bill died in the House after the Wyoming Legislature’s only Jewish member, Rep. Andy Schwartz (D-Jackson), told his colleagues that he could not accept a “neutral, judgment-free approach on the murder of 6 million Jews during World War II.”

Opponents of SF-62 argued  on Monday that, in addition to its chilling censorship effects, it would also be a huge, unnecessary burden on teachers.

Heather Rutz, a second-grade teacher in Torrington, said educators who are already exhausted from the pandemic would become even more likely to quit under this extra workload and surveillance.

“Teacher burnout is already an issue,” Rutz said. “Teachers are quitting left and right, and we’re not replacing them fast enough.”

Dane Weaver of Ten Sleep, Wyoming—who was the state’s 2020 “Teacher of the Year”—said he teaches different students in all six of his classes, and would have to post about 2,100 “classroom resources” online per year under SF-62.

“The vast majority of parents are not going to look at all that,” he said.

“Good teachers use lots of different types of materials every day to teach us,” he said. “Our teachers already work really hard, and I don’t think this bill is fair. It might even make good teachers quit, plus it might even be more work for principals. Who is going to review all those lists?”

A target on your back

House Ed. committee member Rep. Jerry Obermueller (R-Casper) did not bother to veil his dislike of the bill. His line of questioning Monday helped seal its fate.

Obermueller asked Weaver, the teacher of the year, about “the chilling effect of posting everything you taught all day, knowing that you’re just getting a target on your back from certain circles as to what sources you’re drawing on.”

Weaver said history students need to learn about communism and Karl Marx. “If I put ‘Das Kapital’ on the list, oh boy, without context?” he said. “That’s dangerous.”

Obermueller asked Weaver what he thought of Driskill’s preference to teach “both sides” of the Holocaust.

“What’s your view on your role as gatekeeper of the truth, this idea of giving as much weight to Holocaust deniers as the Holocaust itself?” he asked.

“I want to give the facts, the narrative. But I don’t say, well, there are people who believe in a flat Earth,” Weaver responded.

In the end, the House Education Committee voted the bill down by a narrow 4 – 5 margin.

The bill’s near-survival is yet another example of the rightward shift in Wyoming’s legislature and its prioritization of “culture war” issues over laws to actually improve Wyomingites’ lives.

Outcry confronts bill to restrict Wyoming voting, prompting committee to kill...
Scroll to top
Share this ArticleLike this article? Email it to a friend!
Email sent!