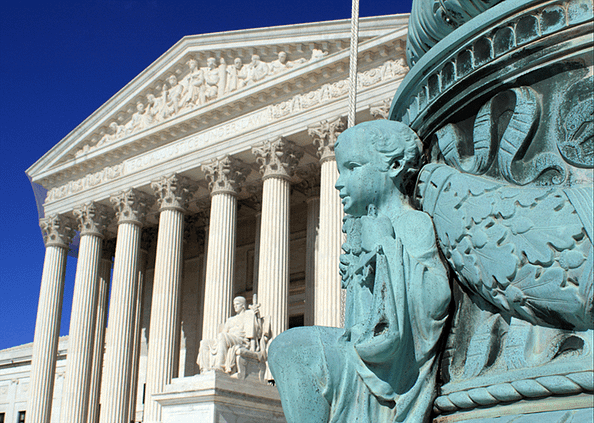 As anti-choice grassroots advocates have grown more powerful, the Supreme Court ruling has seemed like the only thing preventing abortion bans.

The Wyoming Legislature has passed a bill that would ban abortions in the state if the U.S. Supreme Court overturns Roe v. Wade.

Meanwhile, the Wyoming House declined to consider a bill advanced by the Senate that would have banned pharmaceutical abortions. So-called “abortion pills” remain legal in the state for now.

Since only two clinics in Wyoming—both in Teton County—currently provide abortions, ending a pregnancy at home with abortion pills is, for many women, a more viable option to begin with.

That fact is little consolation to Wyoming residents who have watched state lawmakers steadily chip away at women’s reproductive rights over the past five years.

Exceptions added for rape and incest

The version of HB-92 that passed the Wyoming House last week notably did not include exceptions for cases of rape and incest.

The Senate, which has arguably been the more anti-choice of the Legislature’s two chambers in recent years, managed to at least correct that wrong.

“Women are not property. They don’t belong to the state. You can’t make them do this.”

Members of the House attempted to amend HB-92 to insert exceptions for rape and incest, but were defeated. The bill’s sponsor, Rep. Rachel Rodriguez-Williams (R-Cody), dismissed emotional pleas from her colleagues, simply stating: “The reality is that two wrongs don’t make a right. Abortion is murder.”

In the Senate the following week, Sen. Cale Case (R-Lander) sponsored a “second reading” amendment to add pregnancies that result from rape and incest—along with those that endanger the life of the woman—as instances when abortion would remain legal.

“Women are not property. They don’t belong to the state. You can’t make them do this,” Case told his colleagues. “I know you think you can, and I think that’s where the bill wants to go, but especially in these very egregious circumstances, the government can’t do this to women.”

Sen. Lynn Hutchings (R-Cheyenne) argued against Case’s amendment, claiming, among other things, that victims of incest are “marred for life” by abortion.

She did not mention the impact of forcing a girl to give birth to her uncle’s baby.

Case’s amendment squeaked by on a 15 – 14 vote. It was likely saved by the absence of anti-choice lawmaker Sen. Troy McKeown (R-Gillette), who was excused.

Had McKeown been present and voted “no,” the amendment would have died on a 15 – 15 split vote.

Even though more than a dozen states now have “trigger laws,” it is unclear how they will actually roll out in the event that the Supreme Court overturns Roe v. Wade.

Under Wyoming’s new law—again, absent a veto from Gov. Gordon—the Wyoming attorney general would have 30 days to review the U.S. Supreme Court’s decision overturning Roe v. Wade and report their findings to the Legislature’s Joint Judiciary Committee and the governor.

It will be up to the governor to decide whether to certify the results of the attorney general’s review.

All these moving parts could potentially provide opportunities for pro-choice lawyers or lawmakers to undercut a Wyoming abortion ban as it is put in place.

This kind of action, of course, would be a desperate “Hail Mary.” But absent a robust political shift, it might be the only hope for maintaining women’s reproductive rights.

According to one pro-choice Wyoming Senator, an overreliance on legal manuevering is part of what got us here in the first place.

In a recent interview with Wyoming Public Media, Sen. Charlie Scott (R-Casper) lamented that pro-choice advocates have failed to develop the kind of robust grassroots movement that supports the state’s anti-choice lawmakers.

“The ‘right to life’ forces have gradually gained political strength and the pro-choice forces have lost it,” Scott said. “They’ve been too reliant on the Supreme Court decisions and have not paid attention to advocacy at the grassroots.”

To be clear, there are a number of heroic individuals in Wyoming who fight tirelessly and dedicate considerable resources to ensure women’s access to abortion.

But Scott is right—these individuals do not amount to a movement.

The passage of HB-92 is yet another example of how the Wyoming Legislature’s recent rightward shift has been made possible, in part, by the absence of a grassroots movement to oppose it.

Save the politicians, screw the people: “Redistricting” showed the bald...
Scroll to top
Share this ArticleLike this article? Email it to a friend!
Email sent!