Rep. Scott Clem (R-Gillette), one of many lawmakers who likes to pretend the Legislature hasn't already cut $55 million from Wyoming public schools. These cuts have resulted in 577 jobs eliminated and 44 of the state's 48 school districts cutting programs.

Educators at a recent meeting on school funding in Buffalo all said they fear more legislative budget cuts and want to see the state stick with its current funding model.

But a Gillette legislator tried to throw a bucket of cold water on that idea even though he wasn’t there. It remains to be seen how many other lawmakers disagree with administrators, teachers, and school board members over how public schools are funded.

Anne Ochs, a former teacher and principal who is now chairman of the Campbell County School District No. 1 Board of Trustees, blasted the Legislature for making across-the-board percentage cuts to education the past several years. 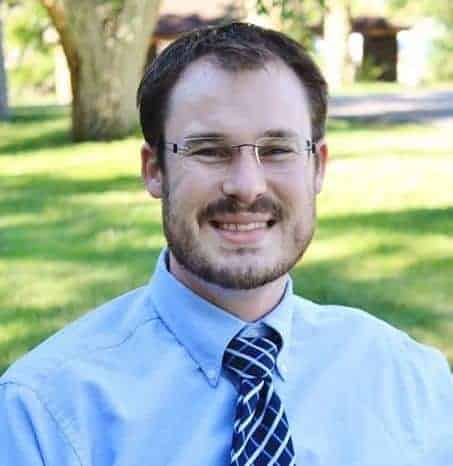 Rep. Scott Clem (R-Gillette) is one of many lawmakers who likes to pretend the Legislature hasn’t already cut $55 million from Wyoming public schools over the past two years. These cuts have resulted in the elimination of 577 public school jobs and 44 of the state’s 48 school districts cutting programs.

But Rep. Scott Clem (R-Gillette) has decided that the Legislature knows best how to fund public schools and wants to micromanage the process.

“As a policymaker I feel [the Legislature] is not given the flexibility, options, or tools to make adjustments to our education model,” Clem said in a letter to the state’s recalibration consultants that was read at the meeting he didn’t attend. “The current model contributes to our failure, not our success.”

Recalibration is the process of reviewing Wyoming’s funding model for public schools. The current model provides a block grant to allow school districts some flexibility in how they spend their respective budgets to ensure each student has an equal opportunity to learn.

This type of approach is often referred to as “local control,” which is considered sacred by legislators when they’re talking about “federal overreach.” But it’s a value they’re happy to put aside while lording over entities like municipalities and school districts.

“I firmly believe it’s not how much we spend, it’s how we spend it that really matters. I want Wyoming taxpayers’ dollars to go straight to the classroom, not the bureaucracy,” Clem wrote. “Due to our economic downturn we’ve had to make painful cuts in other areas of state government but have made only minor cuts to education.”

But those cuts to education have not been minor. They included $20 million in 2016 and $34.5 million this year. Senate President Eli Bebout (R-Riverton) recently told the Casper Star-Tribune that he believes education can be cut another $200 million—a statement that has left school administrators aghast at the prospects if Bebout has his way.

The Legislature wants to hear from YOU on public school funding

The Wyoming State Legislature’s “Recalibration Committee” is asking members of the public to submit comments about public school funding.

Better Wyoming is co-sponsoring a campaign to ask Legislators to “Buck Up” and raise new revenues to fund Wyoming public education. CLICK HERE for more information and the link to the Legislature’s official “Recalibration” comment form.

The Legislature’s cuts to education have already resulted in 577 public school jobs eliminated statewide, and 44 of the state’s 48 school districts cutting programs.

“We know the dollars are shrinking,” said Rich Hall of Johnson County School District No. 1 in Buffalo. “Everyone in this room is aware of that. Our district has cut more than required for the last two years. We’ve actually cut hundreds of thousands of dollars from administration, because that’s what our folks in the community identified where they would like to see those funds cut.”

But Hall said that doesn’t mean the cuts come without a cost. “Every district in the state was asked to do more with less, and we did,” he noted. “We’re just want to maintain [our funding] but we’re right on the point of being asked to do less with less. And I really think that will be a disservice to the kids in the state of Wyoming if we get to that point.”

Mark Fermanich from Augenblick, Palaich & Associates, the consulting firm hired to oversee “recalicalibration,” opened the meeting by telling everyone that his company hasn’t been asked to find or make cuts. “We’ll do the best study we can do and we will follow the results wherever they take us,” he said. “We’ve not been asked to come up with sort of preordained results for this study.”

Educators stressed to the consultants the importance of maintaining the student-to-teacher ratio they were able to achieve when mineral severance tax revenues were higher and the state had more money to spend on schools. Several lawmakers have stated that they want to cut education costs by increasing class sizes.

Terry Snyder, superintendent of Fremont County School District No. 25, said when he came to Riverton the school district had an average student-to-teacher ratio of 25-1, making it the highest in Wyoming. “I’m not sure 16-to-1 was the exact number [to target], but we had to get it smaller,” he said. “We hired 20 additional teachers to make that happen.”

Hall countered the notion often advanced by legislators that the state is not getting the results it should based on the large amount of money it spends on education. “When you look at our NAEP [National Assessment of Educational Progress] scores, our kids are just nailing that,” he said.

“If Wyoming was pulled out of the United States, and compared individually [to other countries], we’d be right up there with Finland,” Hall said, referencing the nation often cited as the world’s top educator. “We’re getting a bang for our bucks.”

The current “recalibration” effort is taking place as a means of trying to reduce public school costs, even though lawmakers have roundly dismissed this approach as being able to save much.

Even superintendents who find themselves losing money under the present funding model, like Paige Fenton Hughes of Converse County School District No. 1 in Douglas, still support maintaining the status quo. She said the district has lost about 100 students, which equates to about $3 million under the current model.

“Even though the model takes money away from us, we know how it works,” she explained. “We know how to make up for those things. When we don’t get the cost adjustment that’s in the model, when we don’t get our summer school money, when we get our facilitators cut and we start to pick at the integrity and the research base of the model, that’s when it hurts us. It’s not good to take a hit but we know how to plan for that.”

Legislators on the Select Committee on School Finance Recalibration recently told the researchers working on the report that it should be finished no later than November, to allow the committee time to examine the recommendations, prepare draft bills, and get more feedback from educators. The researchers, however, said that timeline would be difficult to meet and that they will likely need another month or two to complete their work.

The meeting in Buffalo was one of four sessions the recalibration consultants held. They also met with stakeholders in Cheyenne, Cody and Rock Springs.