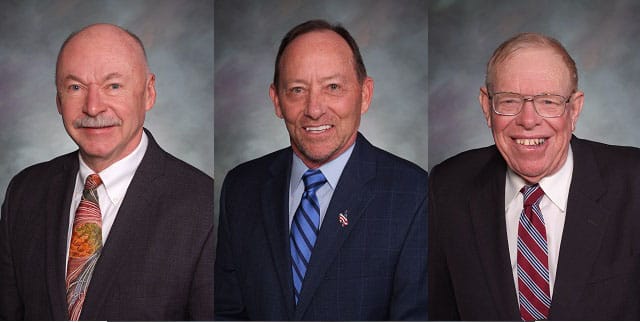 Three Republican senators Tuesday stopped an attempt by far-right members of their party to ban “crossover voting” in Wyoming, wherein voters change their party affiliation at the polls to vote in the primary of their choosing.

Senate File 32 would have required Wyoming voters to register for a party before any candidates had even filed to run if they wanted to vote in that party’s primary.

The bill was killed 3 – 2 by the Senate Corporations Committee, despite loud support from a long line of party bigwigs, legislators, and lobbyists.

GOP leadership vs. rank and file

“I feel that [GOP] leadership doesn’t necessarily represent the bulk of Republicans.”

Changing the primary election system is listed as the top legislative priority of the GOP’s state committee, and the gubernatorial loser Foster Friess pushed for the policy change.

Chairman Sen. Bill Landen (R-Casper) agreed that he has not heard “a hue and cry” for the bill. “In fact, I’ve had people come up and say, ‘Why are you trying to limit my right to vote?’” he said.

Sen. Charles Scott (R-Casper) said many of his constituents are “rightly offended” by the bill. He said his district has lots of turnover because of the nature of oil and gas work, and independents would be shut out of the election process. 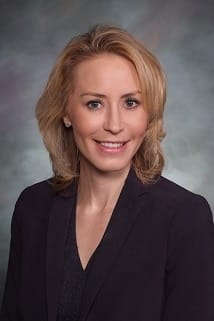 Even the senators who did vote for the bill did so reluctantly.

Sens. Tara Nethercott (R-Cheyenne) and Wendy Schuler (R-Evanston) both voted in favor of the bill to move it to the full Senate. But they also expressed reservations or outright disdain for the measure.

“I’m not sure I’m a huge fan of it, but I’d like to have the opportunity for a public debate on it,” Schuler said.

Nethercott was firmer in her own opposition. “I don’t like the concept of the bill,” she said. “I think the party would be surprised by the number of true Republicans who don’t support it.

“I think the party would be surprised by the number of true Republicans who don’t support it.”

“I think there was a knee-jerk reaction to the results of the recent election to come up with quick solutions that don’t really address the problem,” she added. “I am troubled that we would up-end the entire system of elections in this state in response to one election.”

Sen. Biteman, who sponsored the bill at Friess and the GOP state party’s request, charged that “outside groups” have engaged in “organized meddling” to prevent Republicans from choosing their nominees.

Biteman said he’s captured screen shots of posts on social media from people who bragged after the primary that they “gamed the system.”

Sen. Lynn Hutchings (R-Cheyenne) suggested that maybe people who move to Wyoming should wait a year before being able to register to vote in a primary.

“I don’t see anywhere else where people can come into an organization and say who’s going to run it,” Hutchings said.

While supporters of SF-32 wanted to narrow opportunities to vote in Wyoming, a raft of people objected to the bill on the grounds that voting should be open and free.

“I thought the GOP should have been proud of getting more people to vote in their primary. I don’t understand why they’d want to run them off.”

Marguerite Herman of the Wyoming League of Women Voters said while the proposal has been debated before and some call it “an old friend,” it’s really an “old nemesis” to democratic principles.

“SF 32 encourages people not to think too hard – just pick a party and vote,” she said.

Gail Symons of Sheridan said she’s been a registered Republican for more than 40 years. She believes the bill would keep many people from voting in a primary process that already has low participation. She noted lawmakers are elected to uphold the Wyoming Constitution, not represent a political party.

Chris Merrill, executive director of the Equality State Policy Center, said it’s none of the government’s business when people switch parties, especially when the state is paying for elections.

Political parties, after all, Merrill said, aren’t the government—they’re “clubs.”

Locomotive engineer Cory Runion told the committee he is an independent who has no loyalty to either party. “I voted in the Republican primary last election because I thought they had a good slate of candidates,” he said. “I thought the GOP should have been proud of getting more people to vote in their primary. I don’t understand why they’d want to run them off.”

It seemed like the committee could go either way when it came down to a vote. Nethercott and Schuler had voiced their reluctant approval, while Case and Scott had strongly articulated their opposition.

Case seemed almost to chastise his female colleagues for voting to move the bill forward merely for the sake of having a larger body debate it. “We are the Corporations Committee,” he said. “We have a good reputation. If we’re against it, we shouldn’t put it to the floor.”

“It just does not seem like the Wyoming way.”

At last, it was up to Sen. Landen, the committee chair, to break the tie.

“I’m kind of a liberty and freedom kind of guy,” he said. “That’s the problem I’m having with this bill. It just does not seem like the Wyoming way.”

He paused for a full five seconds to allow the room to fill with suspense, and then voiced a curt “no” to end the question.

Supporters and opponents of the bill filed out immediately to grumble or rejoice in the hallway.

Freshman Wyoming state legislator calls his anti-abortion bill “a gift”...
Scroll to top
Share this ArticleLike this article? Email it to a friend!
Email sent!