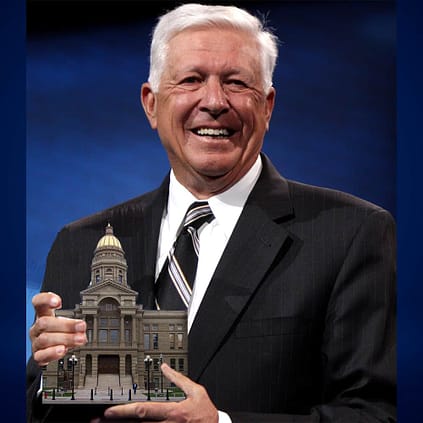 If you owned a corporation and you had a dispute with county government over zoning laws, you would likely take the county to court. That’s where questions of law are settled.

But if you were a billionaire political megadonor trying to bypass county rules in order to build a humungous luxury private school, you could just skip the courts and head straight for the Legislature. That way, you could just have the pesky laws eliminated.

That’s what Foster Friess and his family are trying to do. And it seems like their scheme just might work.

A victory for the rich and “school choice”

Friess and his son, Steven, have been flying in their private jets frequently to Cheyenne these past couple months. They’re lobbying for a law to block Wyoming counties’ local control over zoning laws that apply to private schools. This would allow the Friess family to build a new Christian private school in Teton County that’s larger than your average Walmart, but that would serve just a couple hundred students.

The bill meant to accomplish all this is Senate File 49, sponsored by Eli Bebout (R-Riverton). The proposal has already made it through the Senate and, on Tuesday, it passed the House Corporations Committee with a 6 – 3 vote.

If members of the Wyoming House ultimately approve it, SF-49’s victory will be a win for the ultra wealthy and their movement to privatize education in Wyoming.

An attack on local control

The people who would immediately lose the most are Wyoming’s county commissioners.

Under SF-49, counties would have no input about where and how a private school is built in their community. The bill would present particular problems for Teton County, the site of the current dispute with Friess. Roughly 97 percent of that county is protected land, and developers aggressively vie for the remaining 3 percent. As a result, the county has developed a rigorous plan to guide development, which relies on zoning rules for enforcement.

Freiss’ proposed school, the Classical Academy, has run afoul of several Teton County zoning regulations, even though the county has granted the project several exemptions. The conflict has currently stalled construction.

So, instead of negotiating with county officials like Teton County’s two other private schools, or arguing their case in court, the Friess clan aims to use SF-49 to neuter the county’s authority.

But SF-49 would not affect only Teton County. It would eliminate all Wyoming counties’ control over where and how a private school is built.

“This bill isn’t about one county or one school, but removing authority from counties across the state.”

Jeremiah Rieman, executive director of the Wyoming County Commissioners Association, said his organization opposes Friess’ legislation. For the WCCA to take a formal stance against a bill, more than 70 percent of Wyoming’s commissioners must oppose it. Far more than that stand against SF-49, Rieman said.

“We believe in local control, not state overreach,” Rieman said. “This bill isn’t about one county or one school, but removing authority from counties across the state.”

County commissioners speaking against the bill Tuesday expressed no love for their rich, liberal neighbor in the northwest. Some characterized Teton County’s zoning laws as “burdensome” and partly to blame for the whole situation.

But Carbon County Commissioner John Espy said that all Wyoming counties shouldn’t be punished simply because one county’s policies.

“Unfortunately there’s not a way to take a single county out to the woodshed,” Espy said. “But do you write legislation for the exception, or do you write it to work best for everybody?”

Bebout, Friess, and other backers of SF-49 complain that current Wyoming laws are unfair to private schools. 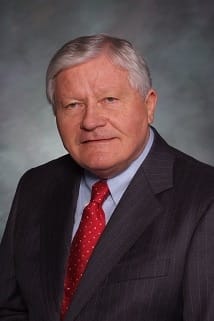 But having to follow the rules just like everyone else “isn’t fair” in the Classical Academy’s case, said Bebout on Tuesday.

Former U.S. Congresswoman Cynthia Lummis, who testified alongside Stephen Friess on Tuesday, said that SF-49 would “level the playing field” between private and public schools. The change in law would be good for kids who don’t want to go to public schools and would prefer private school instead, she said.

Several opponents of SF-49 pointed out that this “unfairness” argument is completely bogus.

Teton County School District trustee Janine Bay Teske explained that the reason public schools are exempt from county zoning laws is because districts are forced, by law, to undergo lengthy and intensive processes in order to site a school. The processes involve deep public discussion and engagement, and they ensure transparency and accountability, she said.

“This bill allows a school to locate itself in a community with no public process.”

On the other hand, “This bill allows a school to locate itself in a community with no public process,” Bay Teske said.

Rep. Andy Schwartz (D-Jackson) pointed out elected officials oversee public schools. Those officials are beholden to all the county’s residents, he said. Meanwhile, private schools are beholden only to their students, students’ parents, and the people who finance them.

If private schools don’t want to go through such a rigorous public process to determine how they can serve communities best, the least they could do is abide by county zoning laws.

A vehicle for “school choice”

The Friess family has plenty of money to take Teton County to court over its zoning laws. But on Tuesday, Stephen Friess pretended that convincing the Legislature to pass a law specifically for his project was his school’s only option.

“We have nowhere else to go. We are here in desperation,” the wealthy scion said.

But his charade barely conceals the Friess clan’s loftier motives. Foster and his kin are believers in the so-called “school choice” movement, which aims to replace traditional public education with private, often religious schools. The Wyoming State Constitution is a serious obstacle for “school choice” advocates, because it forces the Legislature to maintain “a uniform system of public instruction.”

“School choice” backers see SF-49 as a tool to chip away at Wyoming’s support for public education.

But “school choice” backers see SF-49 as a tool to chip away at Wyoming’s support for public education. Its passage would be a small but important inroad for their movement to privatize Wyoming education.

Rep. Bill Landen (R-Casper) articulated this point most clearly on Tuesday. He told the House Corporations Committee that he was hesitant about voting for the bill at first, because it undercut county governments’ authority.

“But I believe in school choice, too, and that one won out for me,” Landen said. “For me, it was school choice.”