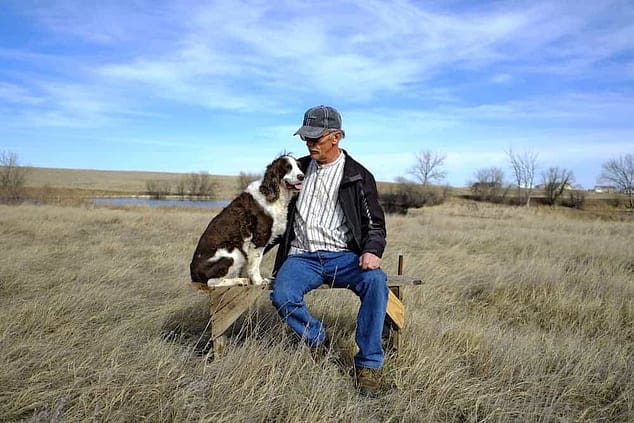 Before today, no bill reducing penalties for even small amounts of marijuana had ever passed a chamber of the Wyoming Legislature. That barrier was shattered Friday morning when the House voted 56 – 2 in favor of a bill that lowers the penalty for possessing up to three ounces of cannabis to a fine of $200 and up to 20 days in jail.

That beats the heck out of the current potential sentence: one year in prison and a $1,000 fine.

Now the bill goes to the Senate, which has a habit of taking bills the House loves and either crushing them by voting or simply doing nothing until the bill dies. But this is unchartered territory, and there’s no way of knowing for sure what senators will do with House Bill 197.

Why did the House finally approve a marijuana bill after Democrats have unsuccessfully pushed similar bills every year? Rep. Charles Pelkey (D-Laramie), who thinks HB-197 is a good piece of legislation, guesses it has something to do with what he wryly called “the interesting contingent” of conservative Republicans who suddenly jumped onto a bandwagon for decriminalization, which had been mostly empty prior to the current session.

The sponsor of the bill is Rep. Jared Olsen (R-Cheyenne), a freshman lawmaker who, at 29, is the youngest member of the Legislature. He’s an attorney and chairman of the Laramie County Republicans who unexpectedly defeated House Minority Leader Mary Throne as House District 11’s representative.

Signing on to the bill as co-sponsors were a “who’s who” of Republican conservatives that includes Rep. Scott Clem of Sheridan, Bill Henderson and Lars Lone of Cheyenne, Bill Pownall of Gillette and Nate Winters of Thermopolis.

Pelkey said he tried on his own to get traction for a bill that included no jail time and a $200 fine. The bill went nowhere.

“What do you do?” he asked.  ”Do you sit here and continue to keep beating your head against the wall, or do you sit down and try to work on a compromise?”

Pelkey said his priority was to reduce sentences for the first offenders who often come to his attorney’s office after being arrested for having a small amount of marijuana. “A conviction can ruin a young person’s life and can keep him from getting a job,” he explained.

Clearly, attitudes about pot have been changing in Wyoming. An October 2016 poll by the University of Wyoming’s Survey and Analysis Center backed Pelkey’s position that small amounts of marijuana should not result in jail time.

Support among Wyomingites is even greater for medical marijuana. The same UW survey showed 81 percent of Wyomingites approve of using cannabis for medical reasons. Wyoming is sandwiched between Montana and Colorado, which have both had medical marijuana for several years. But the drug can’t be brought into Wyoming or the user is subject to arrest.

Although no proposals to legalize medical marijuana have been brought forth this session, testimony during a hearing on another decriminalization bill, HB – 157, turned to the topic.

Frank Latta is a walking, talking example of why Wyoming needs medical marijuana. The former state legislator returned to the House Judiciary Committee last week, this time testifying before the committee instead of making decisions on bills.

Latta, 62, has multiple sclerosis. He’s an unlikely spokesman for medical pot, but he’s serving as the president of the National Organization for the Reform of Marijuana Laws in Wyoming.

Suffering from unbearable pain and headed toward life in a wheelchair, Latta went to a physician in another state. She recommended prescribing medical marijuana.

“I said, ‘I live in Wyoming,’” Latta recalled. “I’ve worked to help law enforcement my entire life. I’m not going to jail.”

He asked what was the next best course of action, and the physician put him on a drug that made him feel better, but at her direction he had to keep increasing the dosage to keep the pain at bay. Eventually he had an MRI performed and doctors told him the disease was now dormant, which often happens to MS patients when they reach their 60s.

“I decided I didn’t need the drug anymore,” Latta recalled. “I didn’t sleep for three days and I had night terrors. I went to my doctor and he said I was going through heroin withdrawal.”

“He said, ‘With the amount you’ve been taking you should have either seizured or been dead.’ So my only choice, even today, is to stay on the drug.”

He could move to another state like Colorado, Montana, Arizona, Washington or Oregon—or any of the other states that have made medical marijuana legal. But Latta said he is from Wyoming and he intends to stay here.

Latta said at a hospital out-of-state he once saw a child who was having a seizure; one of up to 100 per day that her parents said had. They gave her cannabis extract, and her seizure stopped in about 15 seconds. The young girl has now been seizure-free for three years.

Latta said it’s time to “get the government out of our medicine cabinet.”

“Right now the state government is telling me they’d rather have me addicted to heroin,” Latta said. “The last time I tried to get off heroin it took me nine months.

Latta said legislators “need to get off the bubble and help people.” But Rep. Tim Salazar (R-Dubois) said he wasn’t ready to do that.

“Your emotion is powerful and you’ve influenced me,” Salazar said to Latta and others who testified about medical marijuana. “But I’m not quite there yet.”

Maybe some year Salazar and other lawmakers will “get there” and support medical marijuana. We hope Latta and others who desperately need help will still be alive when they do.

Senators from Wyoming cities that support LGBT rights send mixed messages by...
Scroll to top
Share this ArticleLike this article? Email it to a friend!
Email sent!