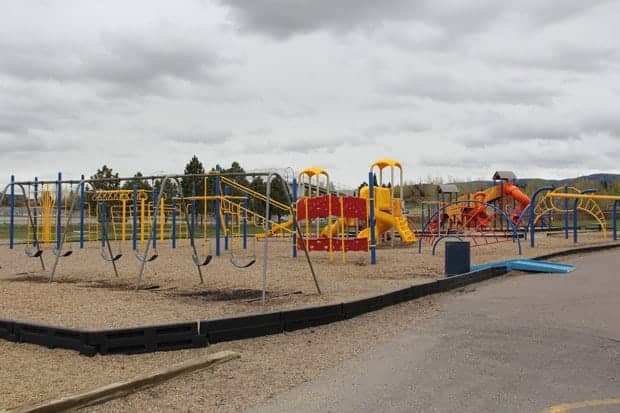 By not attempting to produce an education funding bill, this empty playground was perhaps more useful to our state than either chamber of the Legislature.

Warning of a “disastrous effect” on K-12 funding, a Wyoming Education Association official Tuesday said the Legislature would be better off doing nothing instead of passing either education funding bill lawmakers are currently debating.

“They would still have enough money to pay for education next year [by doing nothing],” offered Ken Decaria, the WEA’s government relations director. “They could do the recalibration [of the funding formula] in the next year and see where they go from there.”[/fusion_text][/one_third][two_third last=”yes” spacing=”yes” center_content=”no” hide_on_mobile=”no” background_color=”” background_image=”” background_repeat=”no-repeat” background_position=”left top” border_position=”all” border_size=”0px” border_color=”” border_style=”” padding=”” margin_top=”” margin_bottom=”” animation_type=”” animation_direction=”” animation_speed=”0.1″ class=”” id=””][fusion_text] 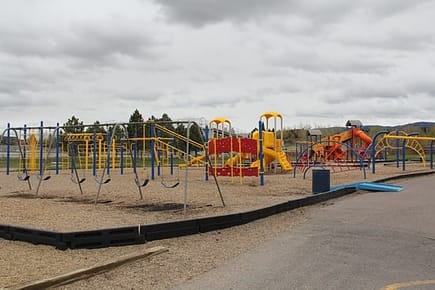 By not proposing its own education funding bill, this empty playground was perhaps more useful than either chamber of the Legislature.

[/fusion_text][/two_third][three_fourth last=”yes” spacing=”yes” center_content=”no” hide_on_mobile=”no” background_color=”” background_image=”” background_repeat=”no-repeat” background_position=”left top” border_position=”all” border_size=”0px” border_color=”” border_style=”” padding=”” margin_top=”” margin_bottom=”” animation_type=”” animation_direction=”” animation_speed=”0.1″ class=”” id=””][fusion_text]Wyoming is looking at up to a $400 million deficit in funding public schools in the next few years. But observers watching the House and Senate approach the crisis say plans would result in mass firings and dismantling the gains Wyoming schools have achieved over the past two decades.

It’s one thing to watch legislators waste time debating auto maintenance instead of tackling the state’s actual problems. It’s another to hear an education official essentially tell lawmakers the state would be better off if they had just stuck to quibbling over car parts instead of bumbling through serious issues.

A clash of bad ideas

The House and Senate appear to be locked in a stalemate, as each chamber considers a proposal the other has put forth.

In addition to cutting the proposed half-cent sales tax hike, the Senate panel heavily amended the bill and reduced spending by an estimated $30 million. HB-236 has been so radically cut, Legislative Service Office staffers were pouring over the numbers Tuesday to get an exact figure.

Senate Education Committee member Chris Rothfuss (D-Laramie) said the panel incorporated elements of the Senate’s education bill, SF-165, including what he called a “leaner” recalibration method and the elimination of districts paying for “ghost insurance”—policies for worker positions that are now vacant. Well, at least one cut makes sense.

Rothfuss, as many legislators before him have noted, said it takes what he called “a herculean effort” to get anything with the word “tax” in it out of the House and into the Senate.

The senator voted against most changes to HB-236, and also against the bill itself, which passed 3 – 2. Long-time Senate Education President Hank Coe (R-Cody) voted for the bill and appears to be leading the steadfast “bigger cuts, no tax hikes” Senate position.

Coe said he thinks the issue can wait until next year’s budget session, apparently neglecting to consider that the same 90 lawmakers who can’t agree now are the same ones who will arrive next year.

Decaria, of the WEA, and others in education worry about what could happen next. “They’re just going to have to cut people and they’re going to have to mass jettison them because they won’t have any chance at doing it any sensible way,” he said, adding that school districts have until only April 15 to submit their budgets.

During Senate discussions of its version of the budget bill, Sen. Charlie Scott somehow convinced his fellow senators to irresponsibly cut a total of $91 million from education spending without even identifying a single program that would be cut. Charlie said just chop it.

“We’ve developed major excesses in our education system, and they’re getting in the way of getting the kind of results that we deserve,” he said. This utterly vague statement is contradicted by national rankings that place Wyoming seventh in the nation for high quality education.

In their haste to literally cut and run, the Senate Education Committee on Tuesday also rejected an idea presented by Rothfuss to solve the state’s school capital construction problem. No one else has come up with anything to replace the coal lease bonus payments that used to fund building schools and major maintenance.

“My amendment would raise a full cent of sales tax,” Rothfuss explained.” Half would go to school capital construction, basically now funding major maintenance. The other half would go to the School Foundation Program during this economic downturn. When things improve, the whole cent would go toward school cap-con, and that would be enough to fund our needs to both build new schools and pay for major maintenance in the future.”

Asked if he thinks he could get the full Senate to approve his plan, Rothfuss said, “Probably not, but I’ll try.”

Senate Judiciary Committee guts marijuana reform bill (but rules for edible...
Scroll to top
Share this ArticleLike this article? Email it to a friend!
Email sent!