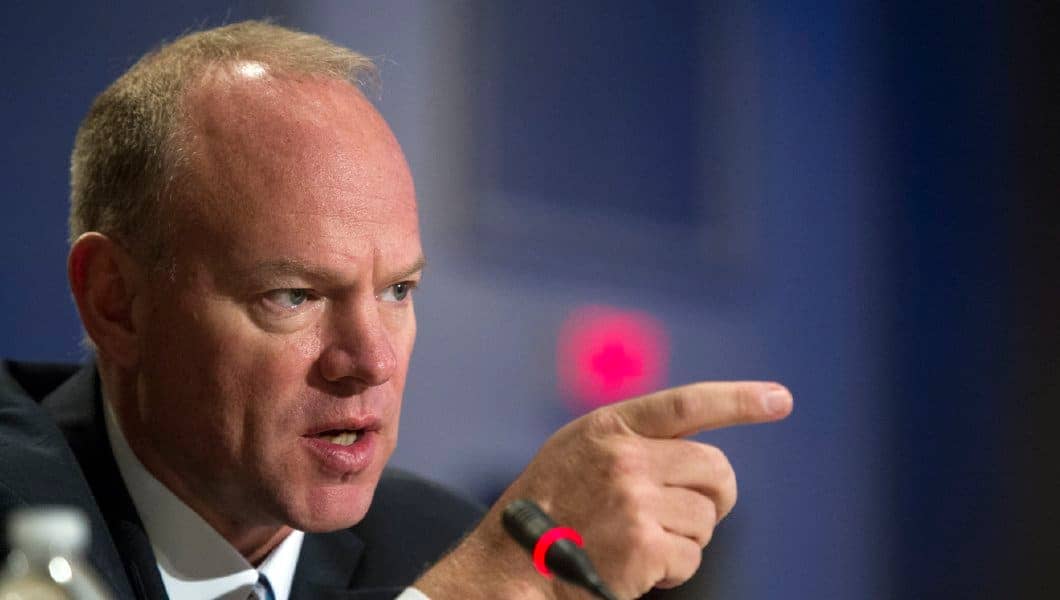 Gov. Matt Mead says "Get that imprecisely crafted bill out of my face." The House obliged.

Late Wednesday night, the public got word that Gov. Matt Mead had vetoed one of the most controversial bills of the 2018 Wyoming Legislative session: Senate File 74, which would have made protesting “critical infrastructure” in Wyoming a crime punishable by absurd fines and imprisonment.

As lawmakers convened Thursday for the session’s final time, it was clear there would be an attempt to override Mead’s veto—the Legislature needed a two-thirds vote in both chambers to do so.

While the Senate passed that mark, the House upheld Mead’s veto, effectively killing the bill.

Senate File 74 was written by the American Legislative Exchange Council and sponsored by Sen. Leland Christensen (R-Alta). During the session, it passed the Senate easily with a 25 – 5 vote, and passed the House by a slightly smaller margin, 36 – 23.

At one point, a House committee killed the bill, but it was brought back to life after oil lobbyists pressured lawmakers into revisiting it.

During its journey through the Legislature, the bill was heavily amended. By the time it passed the House, a number of lawmakers noted that they weren’t even sure what was in the bill.

Issuing his veto, Mead said the bill dealt with an important issue, but it was “imprecisely crafted.”

The 2018 session was meant to end last week, but debates over the budget and other issues kept lawmakers at work for extra days. They convened Thursday specifically in order to attempt to override any of Mead’s vetoes.

The Senate overrode the governor’s veto of SF-74 with 20 – 5 vote, with five members excused. An override vote requires two-thirds of those elected to office—not just of those present—so Senate supporters got exactly the amount they needed to override Mead’s veto.

But the House, which had approved SF-74 last Friday 36 – 23, voted 20 – 33 against the override attempt, exactly half of what it needed. There were six House members absent and another, Rep. Charles Gray (R-Casper), declared a conflict of interest and did not vote.

Immediately prior to the vote Republicans caucused behind closed doors, which is common. The Legislature is not subject to the state’s open meetings laws, so these conversations are not open to the public.

It wasn’t clear if House leaders told the members to vote their conscience or to uphold the veto out of respect for the governor’s wishes. Either or both could have happened, though generally when Republicans caucus it is an effort to get members to toe the leadership’s line.

Mead and Speaker of the House Steve Harshman (R-Casper) worked largely in concert this session to protect education funding and other state agencies from deep budget cuts desired by the Senate.

Twenty-three Republicans combined with all 10 Democrats to kill the bill, which was heavily supported by the minerals industries and law enforcement.

SF-74 would have violated free speech rights to protest and compromised the property rights of ranchers who have critical infrastructure on their property. Individuals who damaged such infrastructure or interfered by protesting against it—including gas and oil pipelines, refineries and mines—faced prison sentences of up to 10 years and fines of up to $10,000.

Organizations found guilty of “aiding or encouraging” protesters were singled out for obscenely harsh fines up to $1 million under the original bill. The House lowered it to the still absurd amount of $100,00 and the Senate concurred with the change before it was sent to Mead. The $100,00 amount is higher than the fine for a convicted meth manufacturer who booby-traps a lab to kill or injure police.

Rep. Charles Pelkey (D-Laramie) argued against overriding Mead’s veto, suggesting that the bill’s topic be named an interim study because the measure had been hastily approved and needed much more work.

“It’s the old adage of putting lipstick on a pig,” Pelkey said. “It’s still ugly and we didn’t make it any prettier.”

Backers of the override argued that while the bill isn’t perfect, it should become law now and legislators could improve it in subsequent sessions.

Rep. Nathan Winters (R-Thermopolis), however, thought it was just fine the way it is. “We made this a very good piece of legislation,” he said to his colleagues. Obviously, few of them agreed.

ALEC, a conservative think-tank that writes “model” proposed bills and tries to get them passed by state legislatures, drafted what became SF-74 as a response to protests against a pipeline going through Indian land in Standing Rock, N.D., in 2016. The protests drew widespread support nationwide and help from veterans, clergy, Native American tribes, and others nearly won the fight. But the election of Donald Trump as president signaled the end of the protest and he signed an executive order to let pipeline construction continue.

Opponents of SF-74 argued that existing laws already cover vandalism and damage at the sites of critical infrastructure and making peaceful protests a crime goes against everything the Bill of Rights and its free speech guarantees represent.