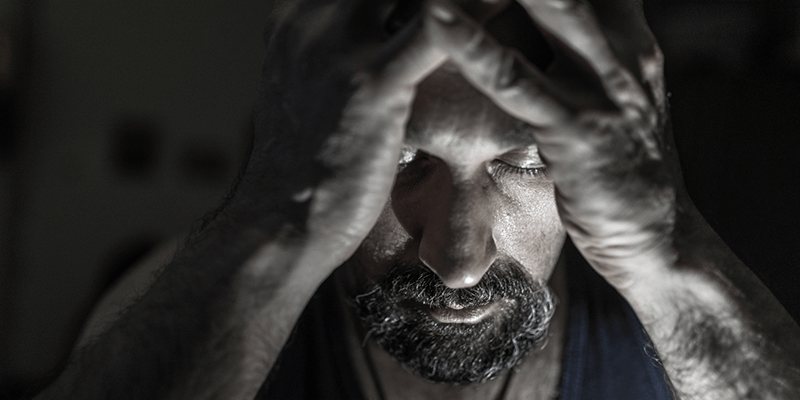 Wyoming's suicide rate is one of the highest in the nation.

After she lost her job in 2017, Terresa Humphries-Wadsworth went on a walk—for about 400 miles.

The clinical psychologist had spent years building a statewide program to confront Wyoming’s staggering suicide problem. Wyoming’s suicide rate is among the highest in the United States—it reached No. 1 in 2015, and last year it was the nation’s fourth highest.

But despite this crisis, the Wyoming State Legislature in 2017 eliminated all funding for the six-year-old statewide program that Humphries-Wadsworth led. This was after lawmakers had cut $4.3 million in 2016 from a state program that jointly addressed suicide, tobacco use, and substance abuse.

Out of a job, and with no public suicide prevention program left in a state with an insane suicide rate, Humphries-Wadsworth tried to raise awareness about the problem with her “Walk Across Wyoming” from Cody to Cheyenne last September. It was a journey she had been planning long before the funding cuts, but that took on new poignancy once the program was eliminated.

Humphries-Wadsworth’s act was one part of a statewide chorus that demanded Wyoming not sit on its hands and watch its citizens kill themselves. The chorus included Gov. Matt Mead, and thanks in large part to his urging, the Legislature restored up to $2 million for suicide prevention during the 2018 budget session. 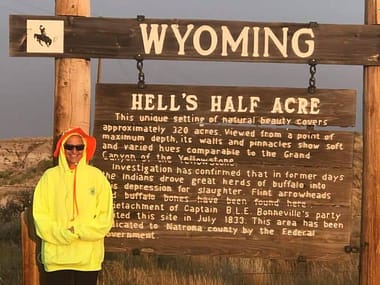 Humphries-Wadsworth during her Walk Across Wyoming

But just because there’s some money available now, that doesn’t mean suddenly all is well with suicide prevention in Wyoming. After a year without funding, its program dismantled—and a history of scattershot, unscientific approaches—Wyoming is basically starting its suicide prevention efforts from scratch.

How did Wyoming get to this low point? It has as much to do with Legislative micromanaging and political vendettas as it does with lawmakers refusing to raise new revenues to fund crucial public health programs.

Here’s a little history: Prior to 2012, the state’s suicide prevention efforts were executed from 52 independent community-based centers. State administrators in the Department of Health ensured that each of Wyoming’s counties had at least one program, but the centers competed for funding, and they rarely coordinated their efforts or shared notes on any sizeable scale.

In 2012, the Legislature acknowledged criticisms like McDaniel’s and worked to develop a more unified, scientific approach. They chose Buffalo-based Prevention Management Organization (PMO) to oversee the creation of a data-centric, measurable, statewide suicide prevention program in Wyoming.

But this meant some of the old centers that formerly offered suicide prevention services closed. Some folks who worked in those centers lost their jobs—including people who had the ears of Wyoming legislators.

PMO began its suicide prevention work under a cloud of distrust from many who had a stake in the previous system. For instance, the new program faced criticism for allegedly not making enough effort to re-hire staff from the old programs.

Soon after PMO took over, members of the old guard lobbied Rep. Tom Walters (R-Casper) to put a stop to the new plan of action. Walters has no background in suicide prevention, but he does sit on the Legislature’s Joint Appropriations Committee, which is largely responsible for funding—or defunding—state agencies. He made gutting PMO’s program a personal crusade.

In 2017, Walters told his fellow committee members that the PMO program was ineffective, duplicative, and had too much overhead. He didn’t offer any evidence to back up his charges. Meanwhile, PMO provided the committee with documentation that its work was having a positive impact in the state.

Over a five-year span, PMO conducted nearly 1,600 sessions and trained about 10 percent of Wyoming citizens on methods to help suicidal people make a different choice.

“That’s a staggering amount,” said Humphries-Wadsworth, who directed PMO’s operations until July 2017. She said about half the people who learned the skills reportedly used them in a real-life situation to prevent a suicide.

While Wyoming’s suicide rate remains high—last year it was 19.3 per 100,000 people—Humphries-Wadsworth said it has been stable, while the national rate has been increasing each year.

A huge step forward (after huger steps back)

At Walters’ urging, the Legislature cut the last $2 million from suicide prevention in Wyoming in March 2017. The following July, Humphries-Wadsworth and PMO closed up shop.

Humphries-Wadsworth told Better Wyoming that, after the 2016 cuts, the final blow to funding in 2017 took her by surprise.

“It was heartbreaking,” Humphries-Wadsworth said. “And, unfortunately, that ended my job and several other people’s jobs.”

What’s more unfortunate is the gap in prevention created by the Legislature’s recklessness.

Walters had told his fellow legislators that there was no need to worry about cutting PMO funds because the Department of Health has “lots of money” to cover suicide prevention in other ways.

“People are not going to be left without services with this cut,” he promised.

But that wasn’t true. There hasn’t been any appreciable public suicide prevention program in Wyoming since last July—a whopping two people in the Department of Health have been responsible for all suicide prevention efforts in the state. With renewed funding, it’s unclear how and when another, more robust effort will get underway.

Meanwhile, groups like the Episcopal Diocese of Wyoming have tried to keep the public aware of suicide prevention methods. But they have been using private donations to maintain the much-smaller effort since all state funds were yanked from the PMO last summer.

Humphries-Wadsworth declined to say if she would consider working for another state-run suicide program. But she wished the Department of Health’s new project well and said she will do anything she can to help its success.

The former director was pleased to learn that the Legislature earmarked $2 million to be spent on suicide prevention during the next biennium.

“That was a huge step forward,” she said.

But that huge step forward comes after even bigger steps back.

UW Board moves to grant itself unchecked power over reshaping the university...
Scroll to top
Share this ArticleLike this article? Email it to a friend!
Email sent!