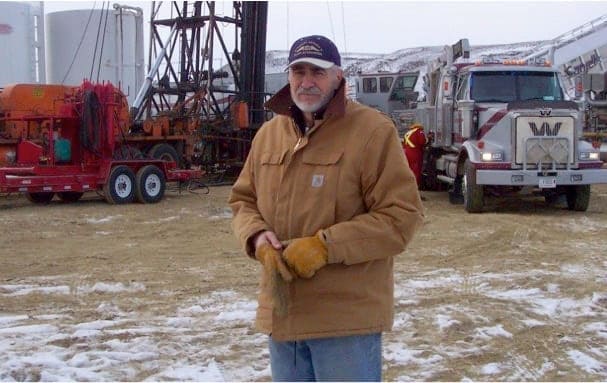 Operating with the speed and dysfunction of a basketball team on meth, the Senate Minerals Committee Wednesday raced through approval of a bill that would cut mineral severance taxes in half on oil and natural gas.

Never mind that Senate File 98 is one of the most controversial bills of the session or that the committee had just wasted an hour on a “wind industrial siting” bill that failed for lack of a second. Committee Chairman Michael Von Flatern (R-Gillette) asked sponsor Sen. Drew Perkins (R-Casper) if they could dispatch with SF-98 in the next two minutes before they were due back in the Senate chamber.

He wasn’t kidding. Perkins, a member of the committee, said sure, because it’s “a simple bill.” They actually devoted all of 11 minutes to the measure before passing it, 3 – 2.

Sen. Chris Rothfuss (D-Laramie), who along with Von Flatern voted against the SF-98, noted that there is absolutely no evidence that such a tax break will convince companies to drill more in Wyoming.

SF-98 co-sponsor Senate President Eli Bebout (R-Riverton), the registered executive for Nucor Oil and Gas LLC in Fremont County, did not attend the meeting. He had, however, reassigned the bill the day prior just moments before it was scheduled to be heard by the Senate Revenue Committee. Two members of that committee voted against SF-98 on introduction.

Bebout also sneakily reassigned a proposal to defund Wyoming schools earlier this week after learning he didn’t have the votes in the initial committee to pass it.

While hesitating to allow public testimony—because, you know, who would want to comment on giving the oil industry a tax break?—the chairman opened the meeting up for brief comments from the audience. During that time several snake oil salesmen … er, mineral industry lobbyists promised that the tax break would both revitalize their companies and bring more revenue to the state.

Bruce Hinchey, president of the Petroleum Association of Wyoming and a former Speaker of the House, practically begged the committee to pass the bill. He claimed the number of producing oil wells in 2016 were the lowest Wyoming has seen since World War II.

He said the proposed tax break “could make us competitive again with the states around us.” He added that the severance tax on oil and gas wouldn’t decrease from 6 percent to 3 percent for two more years. It would then be in effect for the next two years, but the Legislature could always extend that exemption period.

“It’s a game-changer for Wyoming,” Hinchey said.  “Our companies are excited about it. I can’t tell you how many rigs it will [bring] but it should make a difference and it’s worth a try.”

Paul Ulrich, director of Jonah Energy, said his industry “has three strikes against us right now.” He listed delays in permitting because of environmental regulations, the cost of supplies, and the cost of leasing have led to a loss of oil and natural gas development and “puts us at a tremendous disadvantage.”

The oilmen neglected to mention that market trends are essentially the single factor that affects our mineral economy, and tax breaks would likely do more to save money for CEOs like Bebout than spur activity.

Testifying against the bill were lobbyists for the Equality State Policy Center and the Powder River Basin Resource Council.

“We’re at an economically critical moment right now,” she said. “Revenues are declining, there’s pressure [to maintain] school funding, young people are leaving, we need to diversify our economy. Study after study, including one by this Legislature, have shown that severance tax breaks do not stimulate industry. To actually decrease revenue sends a really bad message to our citizenry.”

The Wyoming Department of Revenue estimates the tax break would cost Wyoming about $5 million—$1.7 million from the General Fund and $3.5 million from the Budget Reserve Account. Meanwhile, as the Senate considers a tax break for the minerals industry it is dealing with a “structural deficit” of about $900 million.

Shannon Anderson, a lawyer for the Powder River Basin Resource Council, said her coalition’s message is “to promote responsible development of our natural resources.

“Part of that is making sure the citizens of Wyoming receive a fair return when our resources are developed,” Anderson said. “This bill sets a bad precedent.”

Amendments to defund Wyoming schools pass Senate committee
Scroll to top
Share this ArticleLike this article? Email it to a friend!
Email sent!