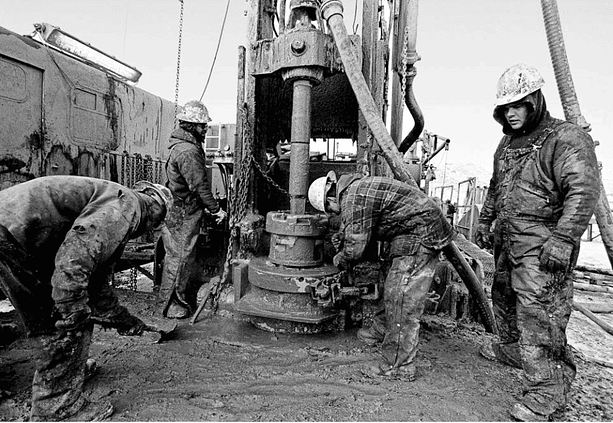 What should have been a pleasant visit turned darkly ironic on Wednesday, when 2018 Wyoming “Teacher of the Year” dropped by the state Senate for a meet and greet.

Lawmakers invited Sara Reed, a Gillette kindergarten teacher, to give a little speech.

Reed said Wyoming was a great place to raise a family, and concluded: “Thank all of you for your focus on funding education.”

As the day proceeded, the Senate continued on its mission to defund Wyoming public schools—most egregiously by passing a bill to give a tax break to the oil and gas industry, a key source of revenue for education. 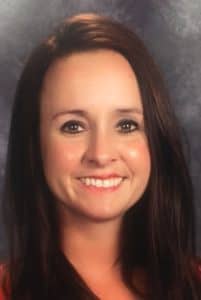 Senate File 98 is co-sponsored by Senate President Eli Bebout (R-Riverton), who is also president of Nucor Oil and Gas.

Bebout’s tax break bill would shift money from schools directly into his pockets, along with those of other Wyoming oil bosses and out-of-state energy company stockholders.

The Legislature has cut roughly $77 million from Wyoming public schools over the past two years in response to declining mineral revenues. Nearly 600 public school jobs have been eliminated as a result.

Wyoming’s “Teacher of the Year” has undoubtedly seen the effects firsthand. Her school district in Campbell County lost 57 positions over the past two years. She’ll likely be short a few more colleagues next fall—either to other states that actually care about education or to the unemployment line.

The Senate has proposed another $130 million in cuts to education for the 2018 session, which would kill an estimated 1,500 jobs.

This is apparently the Senate’s way of paying for oil and gas tax breaks.

A fine time to forego millions

State Senators have picked a mighty fine time to forego millions of dollars in revenues to give oil companies a tax break they don’t need. Wyoming has slashed state departments across the board over the past two years because of declining revenues—the Department of Health, Game and Fish, WyDOT, the University of Wyoming, and the Department of Corrections have all weathered deep cuts.

Nevertheless, thanks to Wyoming’s utter dependence on mineral revenues for 75 percent of the state’s budget, Wyoming faces a “structural deficit” of $900 million and an education budget shortfall of $230 million.

SF-98 would cut mineral severance taxes on oil and gas in half, from 6 to 3 percent. The tax break would go into effect two years after a well is drilled, and the law is supposed to “sunset” after several years. But there’s nothing stopping future Legislatures from extending it.

The measure passed the Senate with a narrow 17 – 13 vote. Support among Senators had been eroding in recent days thanks to public outcry. Several flipped their vote on third reading of the bill, but not enough. It will now proceed to the House.

“It’s just a windfall for producers”

President Bebout spoke in favor of the bill before the vote. He asked his underlings to imagine themselves not as legislators, but as “members of the board of directors of the state of Wyoming,” and attempted to sell the bill as a way to save Wyoming’s flagging oil economy.

His main argument, unsurprisingly, is that Wyoming taxes oil and gas companies at too high a rate, which drives away business. By lowering taxes, Bebout said, Wyoming will attract drillers and the glorious days of the boom will begin anew.

First, Case said, even though Wyoming’s severance taxes might be higher than other states’, Wyoming has basically no other taxes that companies have to pay—in particular, we have no corporate income tax. When taken all together, Wyoming’s taxes—as usual—are among the nation’s lowest.

Case proceeded to point out that tax breaks do little to incentivize oil and gas companies, which are compelled to drill or not drill depending on market forces. He pointed to a study conducted by the University of Wyoming that stated as much.

“Its conclusion was that [a tax break] wasn’t worth it,” he said. “If [companies] don’t think oil prices will rise in the next two years, they’re not going to drill… And it will not yield net benefits to the state of Wyoming. We will lose money. It’s just a windfall for producers during that time.”

SF-98’s sponsor, Sen. Drew Perkins (R-Casper), argued for his bill along the same lines as Bebout. He held up Oklahoma as a shining example of how glorious Wyoming could be if it followed the Sooner State’s lead and cut taxes for oil companies. Oklahoma, Perkins said, has the nation’s best tax incentives for oil companies, and production there is surging.

But Perkins’ comparison illustrated the blindness Wyoming lawmakers experience whenever the prospect of making some oil money is involved.

Thanks to its tax cuts for the oil industry and otherwise, Oklahoma has been thrust into a budget crisis even greater than Wyoming’s. Because of funding shortfalls, about 20 percent of the state’s schools are closed on Mondays—which at least gives underpaid teachers time to work second jobs. Rural nursing homes are closing, prisons are overflowing, and highway patrolmen have mileage limits because the state can’t afford the gas.

But hey, at least the oil barons are getting filthy rich!

At least we don’t have to worry about Sara Reed or any of her laid-off colleagues fleeing there as a result of Wyoming’s education cuts.

While the Senate looks to slash education, a House proposal would modernize...
Scroll to top
Share this ArticleLike this article? Email it to a friend!
Email sent!