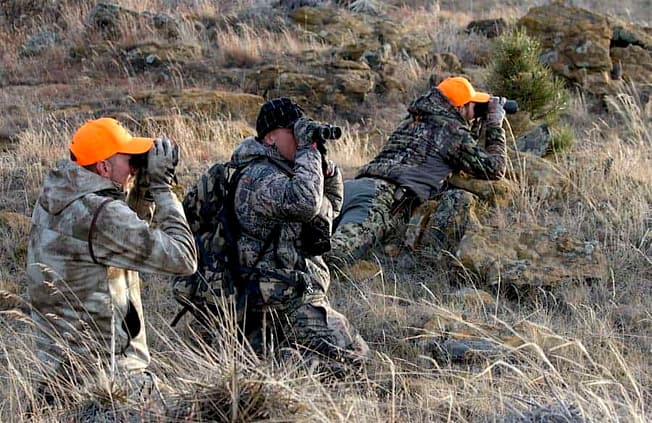 Most budget cuts we’ve looked at in this series date back to the beginning of the current bust. But the Wyoming Game and Fish Department’s budget peril has a longer history. That’s because even during boom times the agency’s funding isn’t safe from legislators’ whims.

The WGFD has a greater degree of autonomy than most state agencies—a fact that irks lawmakers who insist on micromanaging everything. The department has its own commission, its own rules, and sources of funding that fall slightly outside legislators’ control.

Lawmakers are keen to rein in the agency. For instance, a proposed bill for the upcoming 2018 session would give the Legislature the power to nullify collaborations between WGFD and the federal agencies with which it works.

But lawmakers’ favorite tactic to control the wily department is to simply ensure that it barely has enough money to do its job managing Wyoming’s world-famous wildlife.

WFGD gets much of its funding from license sales, but the Legislature must approve any adjustment to the license fees. The department also receives some money from the state’s General Fund, since wildlife management benefits more than just hunters and anglers.

In 2013, the Legislature refused to allow WGFD to increase license fees. This resulted in a $6 million budget shortfall that sent the agency scrambling to cut back programs. Its Aquatic Invasive Species, Veterinary Services, Sage Grouse Protection, Wolf Management, and Comprehensive Wildlife Management Strategy programs were all scaled down. Department workers have been “doing more with less” ever since.

Then, in 2017, the Legislature cut an additional $5.9 million from the WGFD budget in response to declining mineral revenues. This time, lawmakers directly withheld money the agency had been receiving from the state’s General Fund.

As a concession from legislators, the 2017 cuts also came with an agreement to allow WGFD to slightly raise license fees on hunting, fishing, trapping, and watercraft registration. The license fee hike had strong support among sportsmen, who understand that WGFD’s work is critical to the health of our wildlife, and especially big game herds.

But Game and Fish officials estimated that the fee increase would bring in just $4.9 million in additional revenue, making 2017 a net loss for the agency of $1 million.

In response to the cuts, WGFD has relied on reserve accounts to balance the agency’s budget. This is not, of course, a long-term solution.

“We now face uncertain times as we may have to reduce the number of licenses available due to a harsh winter, and there may be less revenue from the federal sales of firearms and ammunition coming to states,” Talbott said. “But as always, we remain committed to being good stewards of wildlife.”

Roughly 85 percent of Game and Fish’s budget comes from sportsmen and sportswomen—from state license sales and from federal taxes on hunting and fishing gear. Talbott told Wyoming Public Radio after the 2017 session that the department surveyed elk, deer and antelope hunters and found that the number of licenses issued had actually increased despite fee hikes.

Talbott said license purchases have stabilized the agency’s finances for the time being. WGFD workers are succeeding in battling back invasive species from Wyoming’s waterways, keeping tabs on the health of big game herds and helping to mediate their relationships with agriculture and highways, and developing long-term strategies to ensure our state’s wildlife remains abundant.

But as a statewide budget shortfall remains and the Legislature continues to refuse to raise new revenues to support the important work of state agencies, many of these efforts are a hide’s hair away from further significant cuts.

The Cuts So Far (Part 5): Corrections – The high cost of quitting prison...

The Cuts So Far (Part 7): Public schools – No more pencils, no more books,...
Scroll to top
Share this ArticleLike this article? Email it to a friend!
Email sent!