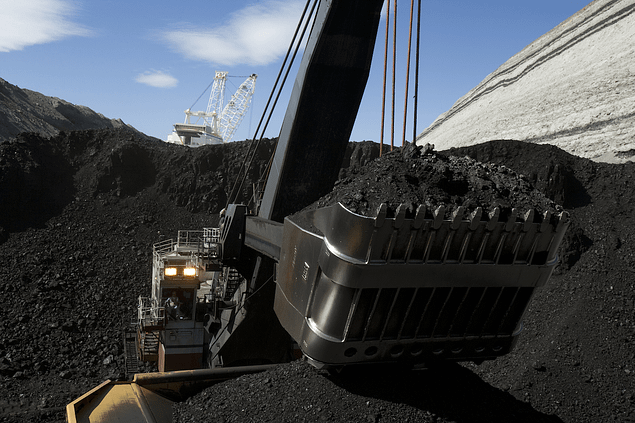 Mining provides the lion's share of Wyoming's tax revenue. But even the deepest budget cuts in more than a decade aren't enough to keep up with the busts.

In the final days of this year’s Wyoming State Legislative session, House Speaker Steve Harshman (R-Casper) told his fellow State Representatives they should be proud of crafting a lean 2019 – 20 budget.

In fact, he said, it is the smallest Wyoming state budget in 15 years.

As Better Wyoming reported prior to the 2018 session, the Legislature’s deep cuts to state agencies, public programs, and infrastructure in recent years have had a variety of negative effects: crumbling roads, closing schools, degraded healthcare, rising prison rates, gutting the state’s university. The list goes on.

But Harshman’s statement about the budget had an underlying message: Despite the demands of lawmakers in the Senate to make even deeper cuts—especially to education and health services—doing so isn’t only unnecessary, it would be harmful.

Wyoming has already cut to too many agencies to the bone, Harshman explained. In fact, he said, the Legislature did the right thing this year by restoring some funding to the Department of Health, and by keeping cuts to public schools smaller than the Senate demanded.

“There’s no doubt that the 60 members in this House have singularly saved K-12 education in this state,” Harshman told his colleagues.

It was a bold statement. But after fighting the entire session against the Senate’s proposed cuts, it was basically true.

After intense negotiations between the House and Senate, the Legislature settled on cutting roughly $27 million from Wyoming public schools during the 2019 – 20 budget cycle. Of that amount, $8 million will be cut in 2019. 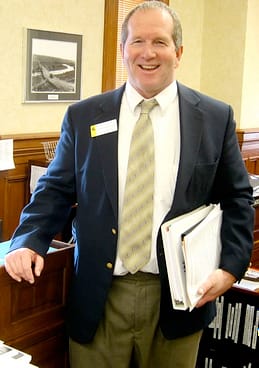 These cuts bring the total amount slashed from Wyoming public schools over the past three years to more than $100 million. This is inexcusable, and public education funding will no doubt be a forefront issue as Wyoming residents head to the polls for the 2018 midterm election.

But considering that the Senate attempted to cut $130 million from Wyoming’s education budget—which would have brought the total cuts to more than $200 million since 2015—the House really did, relatively speaking, save Wyoming schools.

In March, the Legislature adjourned and left Cheyenne with a roughly $900 million “structural deficit” in its overall budget, including school funding. In other words, according a set of complex calculations, state economists figure that over a certain period of time Wyoming’s costs will outstrip its revenue by nearly a billion dollars.

Reporters tend to repeat this figure as gospel without really understanding where the number comes from, and without acknowledging that it’s speculative. “Fiscal conservatives,” meanwhile, point to the figure as proof that Wyoming’s spending is out of control, despite the state creating its smallest budget in more than a decade.

Harshman—one of the few people in the Legislature who has actually taken serious time to study Wyoming’s budget and how it works—argues that the $900 million figure is altogether misleading. He said Wyoming’s deficit is, in reality, not nearly as large as people contend.

“When you hear [nearly] $1 billion, that’s a bit disingenuous,” Harshman told the Wyoming Tribune-Eagle. “The whole structural deficit is really half of what’s being touted out there. … It’s solvable, and we’ll keep pecking away at it.”

Bigger than pecking can fix

“Pecking” is a good description of what folks like Harshman, Governor Matt Mead, and Treasurer Mark Gordon have been doing to address the state’s budget problem. But Wyoming’s “structural deficit”—despite being smaller than advertised—is still bigger than pecking can fix.

The term “structural deficit” suggests a structural problem. In this case, the problem is that our tax structure is overly dependent on revenues from mining taxes.

Moderate Republicans like Harshman, Mead, and Gordon know this, but their fear of angering far-right, no-taxes-ever zealots make them hesitant to propose the obvious solution: new forms of revenue (i.e. taxes).

The term “structural deficit” itself suggests a structural problem. In this case, the problem is that our tax structure is overly dependent on revenues from mining taxes. That’s the structure we need to fix.

To correct this structural problem, Wyoming needs to depend less on mineral taxes, and more on other types of taxes. But that’s easier said than done.

A frustrating waste of time

The Legislature’s Joint Revenue Committee spent a good chunk of 2017 trying to figure out which proposals for new taxes might stand a chance in the Legislature. It was a frustrating waste of time for everyone involved.

The committee brought two proposals to the 2018 session: a $1 per-pack increase on Wyoming’s ultra-low cigarette tax, and a modest liquor tax increase. Both died when Harshman closed up shop early on the last day for bills to be introduced. He had to make it to a football event in Casper, he said.

That said, neither proposed tax would have done much to fix Wyoming’s tax structure problem anyway—that will require the implementation of something like an income tax, the mention of which is widely considered political poison here. This is despite the fact that, thanks to a provision in Wyoming’s state constitution, an income tax would largely spare working- and middle-class residents and would mostly burden the state’s very richest.

But besides a couple Albany County Democrats, no one wanted to talk about that.

This year, the Revenue Committee isn’t even going to pretend like the Legislature wants to fix Wyoming’s structural problems. Its interim topics include hard-hitting subjects like the statewide stamping of cigarettes, local option taxes, and “econometric modeling,” whatever that is.

Not even Solomon can help Wyoming’s Legislature

Instead, the pecking will continue.

At the end of the 2018 Legislative session, House and Senate leadership struck a grand deal—or, really, a non-deal—to half-heartedly address Wyoming’s budget problem. (For lack of anything else positive to support, Better Wyoming nevertheless supports it.)

In order to avoid deep education cuts, Harshman—who, as we mentioned, is one of the few people in the Legislature who understands Wyoming’s unnecessarily complicated budget structure—devised a plan by which the state would stop shoveling so much money into its various savings accounts. Instead, that money would help fund school construction and major maintenance.

This move, and other efforts to modernize Wyoming’s revenue structure, is commonsense. The current structure that determines where money flows—from various revenue streams into accounts that fund state operations—was devised when Wyoming was flush with mineral boom money. At that time, it made sense to put surplus mineral tax revenue into savings accounts like the Rainy Day Fund.

Harshman’s plan re-jiggered the money streams so that less goes directly into savings, and more goes toward schools. But Senate President Eli Bebout (R-Riverton) wants nothing of modernization. The oilman wants everything in Wyoming to stay the same as it’s always been. He refused Harshman’s plan.

But, in order to get a budget passed and let the Legislature go home, they had to pass something. Hence, the non-deal: Wyoming will try out Harshman’s plan for a year, and then revert back to the 2017 revenue structure.

Sounds stupid, right? It is. Folks watching the negotiations unfold during the session began referring to Harshman and Bebout’s non-deal as “split the baby,” after the Bible story in which two women claim to be the mother of a single baby, and King Solomon proposes the child be cut in two.

Except, unlike the Bible story, neither Bebout nor Harshman backed down, and the budget baby was cut in half.

It’s unclear whether Harshman’s plan will yield real gains, but we applaud his effort to modernize Wyoming’s revenue streams and stop socking away so much money in savings during a budget crisis. Granted, that money is used to generate investment income for the state, but Wyoming—like any other state—can’t operate on investment income alone. It’s simply not enough, and besides, the stock market where the money is invested can be as volatile as mineral prices.

In order to actually address Wyoming’s budget crisis, which persists despite the state’s smallest budget in more than a decade, the Legislature is going to have to raise new tax revenue. There are a handful of positive proposals out there, including one surprisingly backed by Bebout to tax huge corporations like WalMart that operate in the state.

But we’re not getting our hopes up.

Miller: The solution is a state income tax (but…)
Scroll to top
Share this ArticleLike this article? Email it to a friend!
Email sent!