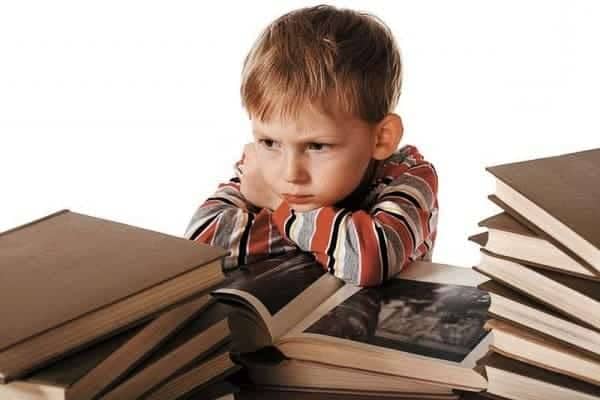 Timmy, a public school funding advocate, thinks both options in the Senate suck.

Over the next two days, a bill before the State Senate could hold back the bloodbath threatening Wyoming public school funding. It contains deep cuts, but education advocates are nevertheless reluctantly rooting for it, because it’s a lesser evil—by far—than any other proposal coming out of that chamber.

But that’s a beautiful dream of an outcome compared to what’s contained in the Senate’s current budget proposal.

By increasing class sizes, reducing per-student funding, capping special education spending, cutting funding for employee health insurance (and instead forcing districts to use the state’s inferior, more expensive plan), and a raft of other reductions, the Senate’s proposed budget would cut roughly $160 million from Wyoming schools over the next two years.

It’s not hard to understand why education folks like HB-140 better.

The $160 million cuts contained in the Senate’s proposed budget are almost certainly unconstitutional. Wyoming’s constitution guarantees every student in the state access to a quality education, and demands that the Legislature fund it. If history is any guide, the Senate’s insistence on gutting Wyoming public school funding is steering the Legislature directly toward a series of court battles with the state’s school districts.

Historically, school districts have won virtually every battle they’ve fought with the Legislature.

Sen. Affie Ellis (R-Cheyenne) proposed a workaround that would allow the Legislature to cut as deeply as it pleased without interference from the courts—a constitutional amendment to remove the Legislature’s obligation to adequately fund schools.

Mercifully, the House Education Committee squashed Ellis’ proposal earlier this week, along with another constitutional amendment proposed by Sen. Charlie Scott (R-Casper) that would have removed the state’s obligation to equitably fund school facility construction.

But the most fanatical member of the State Senate when it comes to education cuts is neither Ellis nor Scott. That honor belongs to the chamber’s leader, Senate President Eli Bebout (R-Riverton).

Bebout has made education funding cuts something of a personal crusade—as Marguerite Herman described it, they’re a means by which Bebout fuels his ego.

Bebout knows he’s steering the legislature toward a lawsuit, but he doesn’t care.

“Some (educators) are saying, ‘If we don’t like what we get, we’ll sue you.’ Well, sue us,” Bebout told the Casper Star-Tribune.

A weird and wild ride

House Bill 140 might be a means of satisfying Bebout’s lust for school cuts while sparing schools from utter devastation. (Though it might still result in lawsuits.)

The bill has taken a weird and wild ride through the Legislature’s 2018 budget session.

HB-140 was the brainchild of Speaker of the House Steve Harshman (R-Casper), who recognized the seriousness of the Senate’s “NO NEW TAXES” stance. But he also earnestly wants to avoid further education cuts on top of the $77 million in reductions Wyoming public schools have already weathered over the past two years.

In its original form, HB-140 would have modernized Wyoming’s revenue structure, retrofitting it to present-day economic realities, directing less revenue into savings and more toward schools. It also found some areas to trim funding from the public education budget, like groundskeeper and workman’s compensation expenditures.

Harshman presented the bill to the Senate Education Committee on Monday. He explained to the committee members that it would realign Wyoming’s preexisting revenues in such a way that it would generate the equivalent of a half-cent sales tax raise for public schools—but without raising taxes.

The Senate committee commended Harshman’s efforts. They applauded him.

Then they threw his hard work in the garbage.

The Senate Education Committee didn’t exactly kill HB-140. Instead, they pulled a sneaky move in which they “amended” the bill until it was entirely something else. Around the Legislature, such a tactic is called creating a “substitute bill.”

It just so happens that the committee’s amendments transformed HB-140 so that it’s basically identical to an earlier Senate proposal, House Bill 30, which the House Education Committee killed last week.

The amended HB-140 would cut the base amount of per-student funding that school districts receive by about $6 million a year. It would also cap spending on special education, cut groundskeeper costs, and cut student assessment funding—the cuts total roughly $30 million over two years.

But even during the mostly formal procedure of the bill’s first reading, which it passed, cut-mongering senators like Dave Kinskey (R-Sheridan) clamored against it, questioning whether HB-140’s cuts were sufficiently deep.

Will lawmakers listen to the notes—or the ballots?

As Better Wyoming staff sat in the Senate gallery and watched Wednesday afternoon’s proceedings, the clerks and pages tasked with delivering messages to lawmakers remarked among themselves that the “teachers’ groups” must really be getting after it.

The Senate receptionist was flooded for several hours by calls from people asking that their local Senators not to cut education funding. For each call, he took a handwritten message. Then he stacked the messages up and gave them to page for distribution on the Senate floor. The phone was likewise ringing off the hook in the House.

Earlier in the day, Better Wyoming had put out action alerts to readers asking them to call and express their support for education funding. Judging by the stacks of notes clutched in the pages’ hands as they traversed the floor, the people responded.

As the Senate debates HB-140 over the next two days, and negotiations proceed between House and Senate members of the conference committee hammering out the state’s budget, we’ll see whether lawmakers will listen to their constituents—or whether they’ll follow Bebout’s lead and dramatically cut school funding, forcing school districts to sue and voters to deal with them at the ballot box.

Debate continues over controversial pipeline protest bill
Scroll to top
Share this ArticleLike this article? Email it to a friend!
Email sent!