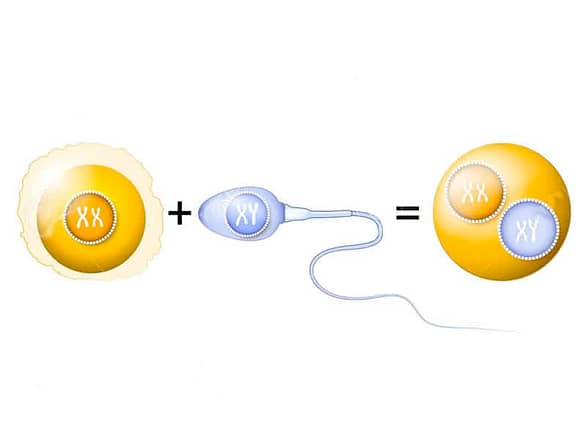 Should zygotes have the same rights as the women who carry them?

A bill to protect “unborn victims of violence” was passed by the Senate Judiciary Committee 3 – 2 on Friday.

Members of the committee heavily amended the bill, but it remains unacceptable to reproductive rights advocates who recognize that its main purpose is to slowly chip away at women’s ability to receive an abortion in Wyoming.

Attorneys also argued that it is a confused, unworkable law.

Senate File 128’s sponsor, Sen. Lynn Hutchings (R-Cheyenne) told the committee that her bill had been “mischaracterized” during public testimony. She said giving human rights to clumps of fetal tissue had nothing to do with abortion—nothing at all!

“It’s about crime. It’s about getting justice for those unborn victims,” Hutchings said. “I just want you to know that this has nothing to do with religion.”

Of course, at the Legislature, whenever a lobbyist or lawmaker goes to great pains to declare that a bill has nothing to do with a subject, that’s usually exactly what it’s about.

SF-128 would change Wyoming state statute to declare that life begins at conception. So, no matter the stage of pregnancy—a fertilized egg, a zygote, an embryo, a fetus—a woman would be carrying an “unborn child” in the eyes of the law, and that “unborn child” would enjoy many of the same rights as a human.

The bill includes language to exempt from criminal prosecution women who receive abortions and doctors who perform them … for now.

The two women on the Senate Judiciary Committee, Sens. Tara Nethercott (R-Cheyenne) and Liisa Anselmi-Dalton (D-Rock Springs), voted against the bill on Friday.

Anselmi-Dalton said she initially was simply going to vote against the bill as it was written. But she changed her mind and successfully offered a three-page amendment that replaced the term “unborn child” with “fetus” throughout the measure.

Despite the updated language, the bill would nevertheless define “human” life as beginning at conception.

Anselmi-Dalton’s changes also included altering the bill so that any one of the new crimes SF-128 would establish—“battery of an unborn child,” “manslaughter of an unborn child,” etc.—would require a prosecutor to show that a defendant clearly intended to harm the fetus.

Her amendment passed, but Anselmi-Dalton voted against the bill anyway.

Even pre-amendment, committee chairwoman Sen. Nethercott, who works as an attorney, questioned the enforceability of the bill. None of the amendment’s tweaks changed her mind. How do you determine whether there was intent to harm a zygote?

“When I look at this [proposed] law from a prosecutor’s perspective or a defense attorney’s perspective, I believe it weakens protections against women who are pregnant,” Nethercott said.

“When I look at this from an attorney’s perspective, I believe it weakens protections against women who are pregnant.”

Under current Wyoming law, a prosecutor must only establish that a woman who has been killed is pregnant to get a mandatory minimum of a 40-year-to-life sentence, Nethercott said. SF-128 would confuse that process.

“There’s no conversation about whether an unborn child is viable, or whether there’s bodily injury against a zygote,” she said. “We don’t have to talk about conception.”

Nethercott said the bill creates an unnecessary obstruction “for a prosecutor who is just trying to put a bad guy away” for killing or hurting a pregnant woman. She said Wyoming law in the case of crimes against expectant mothers “is written very artfully and very effectively” and doesn’t need this update.

Sharon Breitweiser, director of NARAL Pro Choice Wyoming, said her group will try to get the bill killed when it heads to the full Senate Monday.

“As we’ve maintained all this time, the existing statutes are more than adequate,” she said. “There are significantly enhanced penalties for homicide, manslaughter and drug-induced homicide. Any of these crimes against a woman that result in the involuntary termination of her pregnancy carries these very, very hefty [sentences].”

Breitweiser said it’s clear from the sponsors of the bill that their end goal is to outlaw abortion.

“They can say all they want about how ‘unborn child’ language exists in statutes in other states, but it’s clearly a fetal personhood bill,” she said.

Fetal personhood bills have a long history that dates back to Roe v. Wade. Granting “human rights” to fetuses is a bedrock goal of anti-abortion advocates. Bills like SF-128 are they way they work toward that goal.

House bill would increase state minimum wage to $8.50 per hour
Scroll to top
Share this ArticleLike this article? Email it to a friend!
Email sent!