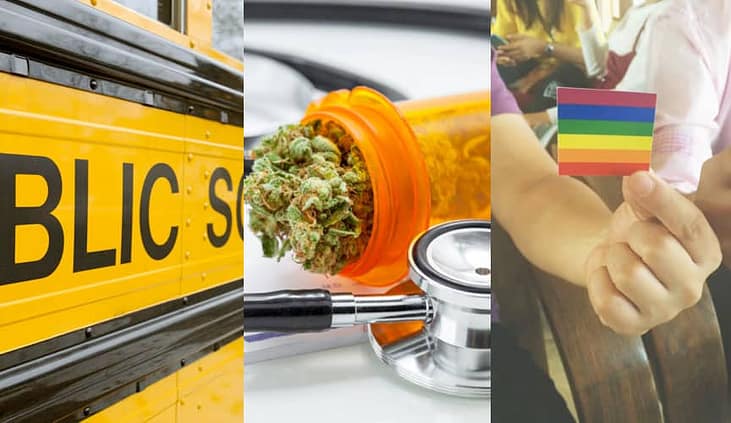 Better Wyoming will run advocacy campaigns during the 2019 session related to school funding, cannabis, and nondiscrimination

We will be calling on the people of Wyoming to join us for citizen lobbying at the Legislature and other advocacy actions. To volunteer or find out more, click here.

This is some background on the issues we’ll address: 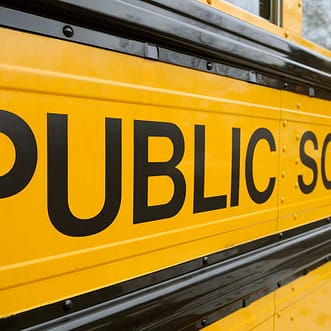 A “bloodbath” over education funding

Ray Peterson (R-Cowley), a 14-year Senate veteran who lost his re-election bid, told the Greybull Standard that the main reason for his defeat was the fact he carried a bill in 2018 to slash school funding by $130 million at the behest of then-Senate President Eli Bebout (R-Riverton).

Now Bebout is the co-chairman of the powerful Joint Appropriations Committee. He’s played this role before, and has proven to be a master at intimidating senators and holding the line on the JAC’s recommended budget cuts. Bebout plans to retire after his current term ends in 2020.

Peterson said the fact that the Wyoming Education Association targeted him during the GOP primary and helped elect his opponent, R.J. Kost (R-Powell), only upped the stakes and the intensity of the education funding debate.

“If you think it was bad last year, wait until this year,” Peterson told The Standard. “With Bebout [as the new JAC co-chairman] going out and having nothing to lose … it’s going to be a bloodbath. It’s going to be terrible.”

Years of cuts to Wyoming schools

Even though Peterson’s bill failed in 2018, the Legislature has still cut more than $100 million from statewide education funding over the past three years. Around the state, this has resulted in teacher layoffs, school closures, diminished program and supply budgets, delayed building maintenance, difficulties attracting and retaining personnel, and an overall threat to the quality of Wyoming public education.

There will be further attempts to reduce what many lawmakers refer to as “bloated spending” on Wyoming education.

House Speaker Steve Harshman (R-Casper), a high school teacher and football coach, led his chamber’s efforts last year to block the Senate’s cuts. This year, the state’s financial situation is slightly improved. But there nevertheless will be further attempts to reduce what many lawmakers refer to as “bloated spending” on Wyoming education.

Lawmakers will debate whether they consider it worthwhile to educate our children, pay teachers adequately, build a competitive workforce, and invest in developing enlightened future leaders for Wyoming … or whether they’d rather just save a few bucks in the short term.

A whopping 86 percent of Wyoming residents support legalizing medical marijuana, according to a poll conducted by the Wyoming Survey Analysis Center at the University of Wyoming. A total of 69 percent of Wyomingites believe there should be no jail time for possession of small amounts of weed.

But instead of listening to their constituents, Wyoming lawmakers tend to side with the pseudoscience and fear mongering of powerful police lobbyists. The Legislature has refused to pass commonsense cannabis reforms to allow people medical relief and to stop imprisoning people for pot. Instead, lawmakers have wasted countless hours over the last several years trying to increase criminal penalties for non-plant forms of cannabis (i.e. edibles). Thankfully, these efforts have failed.

Today, Wyoming still has some of the harshest cannabis laws in the nation, even as states around us take steps to end this failed component of the War on Drugs.

Legalize medical cannabis, and no jail for possession

Instead of listening to their constituents, Wyoming lawmakers tend to side with the pseudoscience and fear mongering of powerful police lobbyists.

But lawmakers willfully avoid supporting a logical alternative to opioids when it comes to treating things like multiple sclerosis, cancer, glaucoma, and PTSD. The director of Wyoming’s chapter of NORML, the National Organization for the Reformation of Marijuana Laws, is a former Republican state legislator from Gillette with multiple sclerosis who has struggled with opioid addiction. He now promotes medical cannabis to his former colleagues.

Meanwhile, lawmakers are grappling with how to reform Wyoming’s broken criminal justice system. But they have yet to seriously consider decreasing penalties for simple cannabis possession, which can currently result in a year in jail and more far-reaching legal problems.

Too often, a young person’s being charged with marijuana possession leads to their being branded as a “criminal”—a label that follows them around in scholarship applications, job searches, and otherwise hurts their ability to get ahead. In worse cases, charges for minor possession escalate during probation terms, when missed meetings or other minor infractions can result in incarceration.

As the “Equality State,” Wyoming needs to pass a law to prohibit all discrimination against lesbian, gay, bisexual, transgender and queer individuals. This would give LGBTQ people the equal ability to live free from discrimination based on their sexuality and gender identity—an ability heterosexual and cisgender Wyomingites already enjoy.

But what many Wyoming legislators have in mind when it comes to LGBTQ rights is how to further restrict them in the name of so-called “religious freedom.”

For instance, a bill proposed by Rep. Cheri Steinmetz (R-Lingle) in 2017 would have made it legal for government agencies to practice LGBTQ discrimination. Under the bill, a county clerk could deny a marriage certificate to a gay couple, or a domestic violence shelter could turn away a transgender person who’d been beaten—as long as the employees said they were motivated by “religious convictions.”

Public outcry pressured Steinmetz, who’s now a state senator, to withdraw the bill. But her cadre of hateful minstrels has been making the rounds in lower-profile ways, scoring victories across Wyoming for the anti-LGBTQ cause: they gay-based a state lawmaker who tried to change state statute language to acknowledge that same-sex marriage is legal in the United States; they bullied the board of trustees at Eastern Wyoming Community College into retracting a campus LGBTQ nondiscrimination policy; and they hounded state lawmakers into rescinding proposed rules that would have protected LGBTQ staffers from harassment at the Legislative Services Office.

The fight over LGBTQ discrimination in Wyoming is nothing less than a civil rights struggle.

The state’s official task force on economic diversification, ENDOW, said an LGBTQ nondiscrimination law would have a “high impact” on Wyoming’s ability to attract skilled workers to the state.

This is particularly true of the tech sector, which Wyoming lawmakers hail as a potentially strong vehicle for diversifying the state’s economy. But the tech sector, as a whole, is very LGBTQ-friendly—and, outside Wyoming, people tend to know only the state’s stained reputation when it comes to LGBTQ issues.

If a tech company or entrepreneur is looking for a new home, it only makes sense that they would choose a state that will protect their workforce. Currently, Wyoming’s laws drive LGBTQ people away. And, since young people overwhelming support LGBTQ rights, the state’s laws do nothing to help stem Wyoming’s gushing brain drain.

As the Wyoming Legislature convenes, Foster Friess’ influence is everywhe...
Scroll to top
Share this ArticleLike this article? Email it to a friend!
Email sent!