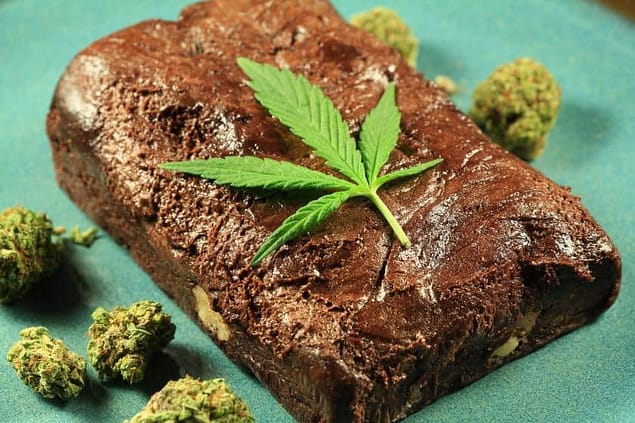 They ain't legal, but weed brownies like these will go another year without being specifically named in Wyoming law.

Like a troop of incompetent tourists trying to paddle their canoe up a swift-moving river, members of the Wyoming Legislature once again tried—and failed—this year to pass a law criminalizing “non-plant forms” of marijuana.

The river, of course, is the commonsense movement taking place across America to decriminalize, legalize, and otherwise unwind the national panties that got all twisted up over cannabis during the “War on Drugs.” Rather than going with the river’s flow, Wyoming lawmakers insist on struggling against it.

Each of the past several Legislative sessions has seen a proposed bill to impose stiff penalties in Wyoming for possession of things like marijuana edibles, creams, and oils. These products, of course, are available to any adult for legal purchase just south of Wyoming’s border, and are available to citizens who possess medical marijuana cards in the state to our north.

Bills to criminalize edible weed have failed in Wyoming for different specific reasons over the years. But a common theme is slowly emerging in discussion among legislators: Despite the pleas of police and prosecutors, Wyoming simply does not need more new laws to imprison people for marijuana.

Senate File 23 was the 2018 version of the bill to criminalize cannabis edibles and their kin. During debate on the Senate floor, Sen. Chris Rothfuss (D-Laramie) sarcastically referred to it as “an old friend.”

The bill was titled “Possession of nonplant form marihuana”—the archaic spelling of “marihuana” speaks volumes about Wyoming politicians’ overall grasp of the issue. 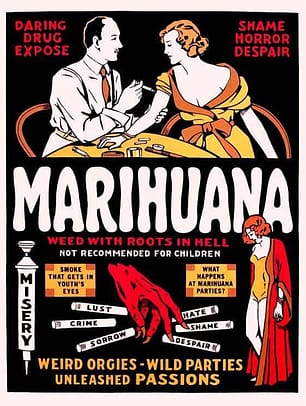 The Joint Judiciary Committee sponsored the proposal. Sen. Leland Christensen (R-Alta), the committee’s co-chairman, was its main champion. Christensen is an ex-cop and is always eager to do the bidding of law enforcement lobbyists.

“Just give us a number”

Indeed, police officials showed up in droves to each public meeting on SF-23.

Colonel Kevin Heller of the Wyoming Highway Patrol pleaded with the House Judiciary Committee to pass the bill. He said highway drug seizures have gone up in recent years, especially of marijuana. But Wyoming law only specifically references marijuana in plant form. As a result, Heller said, although his patrolmen confiscated more than 240 pounds of “non-plant” cannabis last year, the arrests all resulted in misdemeanors.

Wyoming Deputy Attorney General John Knepper likewise asked the House committee to pass some law—any law—that would allows his office to more effectively prosecute edible marijuana cases. Without a specific weight limit to determine whether a possession charge should result in a misdemeanor or a felony, he said, his hands were tied.

“Just give us a number,” Knepper said. “The fact that there is a number or weight is more important than what that number is.”

Knepper’s stance—that he doesn’t care about weight or amount as long as he gets to prosecute people—is characteristic among people who want to criminalize edible cannabis. But ambiguity is also one of their biggest problems.

“The idea that we can’t [determine THC levels] when, for example, we can tell the concentration of certain gases on a star 100 million light years away—it’s absurd.”

Each year edibles-related bills have been proposed to the Wyoming Legislature, they have outlined punishments according to the arbitrary weight of an entire edible, rather than the amount of THC—the psychoactive ingredient in marijuana—that the edible contains.

But this claim isn’t true. Rothfuss pointed out during Senate debate that while the process to determine THC content is expensive, the measurements are scientifically accurate and the technology has existed for 50 to 60 years.

“The idea that we can’t [determine THC levels] when, for example, we can tell the concentration of certain gases on a star 100 million light years away—it’s absurd,” Rothfuss said.

SF-23 eventually died on a procedural technicality, but the House Judiciary Committee sealed its fate. That committee didn’t object so much to the “weight vs. concentration” issue, but to the way Wyoming approaches marijuana in general.

When we imagine how, against seemingly all odds, Wyoming might make progress on marijuana reform, we might think of the House Judiciary Committee. It’s a group of lawmakers with very different ideologies but who nevertheless sometimes “make strange bedfellows.”

Take a look at some of its key members:

What do all these politicians have in common? They all favor marijuana reform for their own reasons—whether from a small-government perspective, an anti-incarceration perspective, or an “I like to smoke weed and play video games while I’m not at the Legislature” perspective.

Whatever their reasons, they agree Wyoming’s weed laws need to change.

With five members in a bloc against more marijuana laws, the committee could have easily just killed the edibles bill. Instead, lawmakers voted to replace the original language of SF-23 with that of a different bill, House Bill 16, which included a number of provisions Olsen’s reform bill called for in 2017.

By radically altering the bill, the House Judiciary Committee scuttled its chances of becoming law—it was never introduced for consideration in the full House, and died when the deadline passed.

But the committee also sent a message. Olsen’s 2017 reform bill had strong support in the House—it passed that chamber with a 56 – 2 vote. By changing SF-23 to mirror many of those decriminalization provisions from last year, the House Judiciary Committee doubled down on its position. Since any marijuana-related bill will have to go through that committee to become law, future edibles bills might face tough odds.

With Sen. Christensen retiring from the Wyoming Senate to pursue a bid for State Treasurer in the fall, we’ll see whether the Joint Judiciary Committee gives another shot at creating a law to put people in prison for pot cookies—or if a hodgepodge of lawmakers like those in the House Judiciary Committee can come together and move Wyoming along with the currents of common sense when it comes to cannabis.

https://image.tetonmediaworks.com/TlSwm1Q-vHDCjtdy/w:auto/h:auto/q:mauto/https://betterwyo.org/wp-content/uploads/2018/04/marijuana-edibles.jpg 560 840 BetterWyoming /wp-content/uploads/2020/07/A-Better-Wyoming_logo.png BetterWyoming2018-04-12 13:53:152019-08-20 12:06:06Session recap: Another year, another effort to criminalize edible marijuana fails. Is the Legislature getting ready to turn a corner on cannabis?
Session recap: How the death of “Wyoming Public Lands Day” illustrates mining’s...

Better Wyoming director Nate Martin appears on “Speak Your Piece”...
Scroll to top
Share this ArticleLike this article? Email it to a friend!
Email sent!