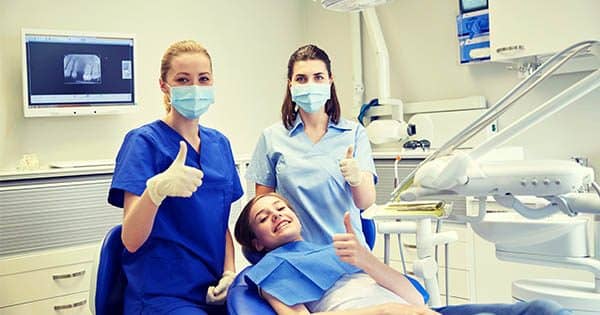 Other states' budgets have seen decreases in healthcare spending as a result of expanding Medicaid.

[fusion_text] [/fusion_text] Wyoming lawmakers who oppose Medicaid expansion argue that it will lead to higher healthcare costs for the state. That’s because Wyoming would have to pay for 10 percent of the program, while the feds cover the other 90 percent.

The Wyoming Department of Health estimates it would cost the state $9 million to expand Medicaid in its initial year. The federal government would pick up the remaining $68 million tab.

Rather than focus on the $59 million difference between what Wyoming would pay and what we’d receive, state legislators tend instead to focus on the $9 million the state would have to pay.

Nine million dollars isn’t pocket change. But Medicaid expansion has been around long enough in other states for us to clearly see that states’ costs are, as a rule, more than offset by healthcare-related savings.

When Montana expanded Medicaid in 2016, it had to pay roughly $24 million over its first two years to uphold its end of the bargain (while the federal government paid $575 million).

But here’s the kicker: Montana also saved roughly $25 million over that same time period as a direct result of expanding Medicaid, more than covering what it paid.

Across the nation, Medicaid expansion states have seen their healthcare spending go down.

That’s because when Montana expanded Medicaid, the program began to cover things like mental health and substance abuse services, which Montana had previously been paying for. And it also freed Montana from having to help public hospitals cover high uncompensated care costs, since folks who once incurred those costs became covered under Medicaid.

Across the nation, states that have expanded Medicaid have seen their overall healthcare spending go down.

So, while Medicaid expansion states are seeing their healthcare expenditures go down, ours are going up.

Medicaid expansion opponents in the Wyoming Legislature claim that the federal government can’t be trusted to fulfill its promise to pay at least 90 percent of costs.

But that vow hasn’t been broken for any state that has expanded Medicaid, and many of the holdouts are realizing the economic benefits are simply too great to turn down.

Phil Cox, former head of the National Republican Governor’s Association, helped lead the group’s fight against Medicaid expansion. Initially, GOP governors were 100 percent opposed. But Cox recently threw in the towel and declared, “The battle has been fought and lost on Medicaid expansion.”

“The battle has been fought and lost on Medicaid expansion.”

Kansas is poised to soon become the 37th state to expand Medicaid, largely for economic reasons. Its new Democratic governor and Republican Legislature reached a compromise to break a logjam created by a few GOP leaders.

Missouri’s Republican governor announced that if a ballot referendum on Medicaid expansion passes this year, he will disagree but won’t do anything to stop it from becoming law.

Larry Levitt of the Kaiser Family Foundation recently told the Washington Post, “It’s getting harder for states to stand in the way of Medicaid expansion and all the federal money on the table as the symbolic barrier of Obamacare fades.”

One of the most embarrassing aspects of Wyoming’s refusal to expand Medicaid is that every other state that has adopted the program gets money from Wyoming taxpayers, while we get squat.

Wyoming residents pay federal taxes, which are currently used to subsidize the cost of providing healthcare in the 36 other states that have expanded Medicaid.

That’s nice of us, right?

Since the Wyoming Legislature initially rejected Medicaid expansion in 2012, Wyoming has lost out on hundreds of millions of federal dollars it would have received for the program. The Health Insurance Resource Center estimates that Wyoming will leave $1.3 billion on the table over the next decade if it fails to expand the program now.

Wyoming state lawmakers will have the option to pass a bill sponsored by the Legislature’s Joint Revenue Committee to expand Medicaid during the upcoming 2020 budget session.

Otherwise, maybe they would rather shoot it down, and spend time instead writing thank-you cards to all the other states that have expanded Medicaid. They could convey our taxpayers’ appreciation for spending Wyoming’s money well.

Expanding Medicaid would drive down people’s healthcare costs across Wyom...
Scroll to top
Share this ArticleLike this article? Email it to a friend!
Email sent!