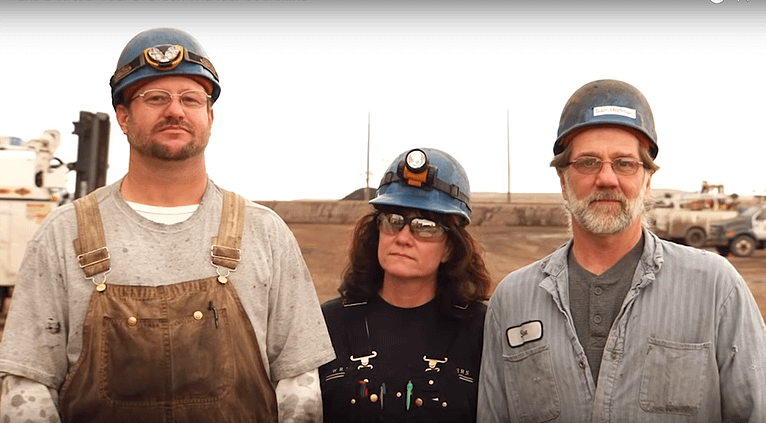 When the history of coal mining in Wyoming is written, the early 2020s will be remembered as the time when the state finally looked at the industry and decided to throw in the towel.

Wyoming politicians for more than a decade have ignored the world’s unmistakable shift away from coal-fired energy. They have insisted that the industry would somehow flourish once more and that another boom was just over the horizon.

But the boom is not coming, and lawmakers are beginning to finally admit it.

Unfortunately, this reckoning has not prompted lawmakers to craft policies and direct public investment in ways that would help Wyoming transition to a prosperous post-coal future.

Instead, they have taken actions that will not only fail to save coal jobs—they will also drive up the cost of energy for Wyoming residents and starve public schools of funding.

Perhaps lawmakers’ acknowledgement of the coal industry’s death is a positive, albeit belated first step to actually dealing with the problem.

But working people, schoolchildren, and Wyoming communities will suffer in the meantime as state politicians drag their feet and fail to provide a vision forward.

In light of the industry’s troubles, the Legislature decided during the recent 2022 budget session to give coal corporations a $10 million annual tax break.

The corporate handout is a last-ditch effort that some lawmakers claimed would help companies stay in business.

“We just get less money,” he said.

For decades, Wyoming lawmakers have used taxes on the fossil fuel industries to fund the state’s general and education budgets. They have especially leaned on coal to fund the construction and maintenance of public school buildings.

Coal’s downturn did not begin yesterday, but it had been gradual enough that some lawmakers were able to convince themselves it wasn’t really happening.

No longer. Case said over the past five years, Wyoming’s coal industry has lost $1 billion in revenue.

“It’s an astonishing decline,” he said.

Lawmakers from coal country like Sen. Jeff Wasserburger (R-Gillette) argued that, given what it has provided for Wyoming, the industry deserves some relief.

“After all the different negative things that have been said about my community, Mr. Chairman, we keep the lights on,” Wasserburger said.

But for how long?

“The money is either going in our pockets or the stockholders’ pockets, and we have school kids to take care of.”

“All of the coal is earmarked for particular power plants,” Case said. “Each of those power plants is on a schedule to be retired. Changing the tax rate won’t change that fact. It won’t keep one single power plant open.”

Meanwhile, the Wyoming Legislature has failed to provide any new means of generating revenue to fund schools and other critical public services. Even though coal tax revenue is decreasing, for now it’s what we’ve got.

“The money is either going in our pockets or the stockholders’ pockets at this point in time, and we have school kids to take care of,” Case said.

Nevertheless, the Senate passed the tax break by a wide margin, as did the House. The Legislature chose to use emergency federal COVID-19 relief funding to pad the school budget for now, but those funds won’t last forever.

Meanwhile, the true cost to Wyoming residents of another effort to prop up the coal industry is just becoming clear.

In 2020, the Wyoming Legislature passed a bill they hoped would allow coal-fired power plants to continue to operate despite growing concerns over their harm to the climate.

In order to retrofit coal-fired power plants with “carbon capture” technology, you might be paying an extra $1,200 a year for power.

A new law passed that year would force coal-fired plants to adopt “carbon capture” technology to mitigate emissions, making them climate-friendly and, in turn, appealing to energy consumers.

The technology forced upon power plants was, lawmakers admitted, probably going to be expensive, and they acknowledged the cost would fall directly on Wyoming electricity consumers, who would pay higher power bills.

Legislators poo-pooed concerns over higher rates, claiming that the economic benefits of capturing carbon would allow utilities to reap revenue and, in turn, charge lower prices.

But a new report by Wyoming’s major electric utilities indicates that the average cost to state ratepayers will be an extra $100 per month.

You read that correctly: In order to retrofit coal-fired power plants with “carbon capture” technology, you might be paying an extra $1,200 a year for power.

To Shannon Anderson of the Powder River Basin Resource Council, the action is baffling given its cost.

“It just doesn’t make sense when wind and solar are right there and so much cheaper,” Anderson told WyoFile. “These filings are the first real numbers we’ve seen on what carbon capture means to the average consumer in Wyoming. These are incredible penalties, really.”

Money for coal, not for healthcare

You can probably think of ways you’d rather spend $100 a month instead of propping up weary old King Coal.

The Wyoming Legislature could certainly find other ways to spend $10 million a year.

Ironically, the debate over the $10 million tax giveaway to coal companies during the 2022 budget session came on the heels of the Legislature’s decision, once again, to refuse to expand Medicaid.

Medicaid expansion, a popular policy proposal among Wyoming voters across party lines, would provide basic healthcare access to tens of thousands of low-wage Wyoming workers who are currently uninsured.

In his argument on behalf of the coal tax break, Sen. Bo Biteman (R-Ranchester) called $10 million “a pittance.” Just a drop in the bucket of the overall state budget.

It just so happens that $10 million is also the amount Wyoming would pay to expand Medicaid.

Biteman and his right-wing cohort have repeatedly argued against Medicaid expansion, saying that it’s too expensive. Even though the federal government would pay for 90 percent of the program, Wyoming would cover 10 percent of the cost.

“Ten percent of a large number is still a large number,” Biteman said on a forum about Medicaid expansion in 2020. “And we don’t have that money. We are scrambling, scratching and clawing, looking under the mattress for quarters.”

Apparently Biteman has changed his mind and thinks that the state has plenty of money to give away—as long as it’s to coal companies and not people who need healthcare.

Wyoming’s laws invite dirty money with no benefit to state residents
Scroll to top
Share this ArticleLike this article? Email it to a friend!
Email sent!