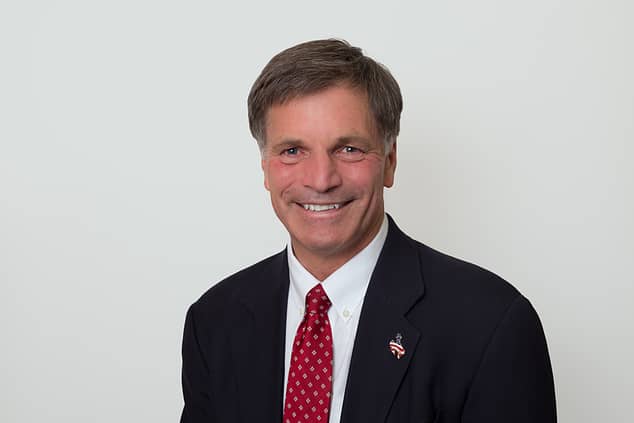 Since his earliest days campaigning for governor, Mark Gordon has talked about improving mental healthcare in Wyoming.

He speaks often about the critical role local mental health centers can play in people’s lives. He describes with strong emotion his own personal experiences receiving care from such a clinic after the death of his first wife.

Last month, Gordon hosted the state’s first “Governor’s Summit on Mental Health” in Casper. The daylong event brought together experts from across Wyoming to discuss the nature of our problem and potential solutions.

It’s an issue Wyomingites care deeply about. Many people here have watched family and friends struggle with mental illness. Too often, we see folks fail to receive adequate treatment, particularly in rural areas.

Most of us know that our state has the highest rate of suicide in the country—more than double the national average.

Gordon knows that expanding Medicaid would strengthen Wyoming’s ability to confront our mental health crisis. So if he’s going to allow politics to get in the way of accomplishing his goal, it begs the question…

But Gordon also must know that collaboration between existing resources won’t be enough to solve Wyoming’s huge problem. Many of our rural hospitals and clinics are scraping by as it is, with little to offer each other in terms of staffing, time, or support.

Other places in Wyoming simply have very little to offer at all.

Wyoming needs additional resources to confront our mental health crisis, and the only legitimate source of significant, sustainable support available to us is Medicaid expansion.

Thirty-nine other states have opted into Medicaid expansion, which they use to help provide mental health treatment to their communities. This includes every single one of Wyoming’s neighbors.

But Gordon says he opposes Medicaid expansion. He recently repeated plainly untrue talking points about the program—political lies put forth by far-right organizations that most Republican-led states have been able to see right through.

Gordon isn’t dumb. He knows that expanding Medicaid would dramatically strengthen Wyoming’s ability to confront our mental health crisis. So if he’s going to allow politics to get in the way of accomplishing his stated goal, it begs the question: Does he really care about mental health in Wyoming?

The “Wyoming solution” that doesn’t exist

Medicaid expansion would bring tens of millions of dollars in federal funding to Wyoming’s healthcare system each year, strengthening its ability to provide people treatment—including for mental health.

The joint federal-state program is, frankly, the only source of funding significant enough to accomplish what the governor claims is one of his top priorities.

So it was mind-boggling to hear Gordon say during a debate last month on Wyoming PBS: “I’m opposed to Medicaid expansion because of what happens when it stops. I do think Wyoming is a small enough state that we can come up with a Wyoming solution, and I’ve been working on that over the last four years.”

In fact, Wyoming lawmakers have been talking about a “Wyoming solution” for the past decade, with complete and dismal failure when it comes to actual action or results. Their inaction has contributed massively to the state’s growing mental health crisis.

Montana expanded its Medicaid program in 2016, and its Republican-majority Legislature reauthorized it last year. By 2020, more than 30,000 Montanans received outpatient mental health services. About 10,000 enrollees benefited from substance use disorder treatment, and the number of provider resources doubled.

Wyoming could experience the same benefits, and in doing so it would accomplish Governor Gordon’s stated goal of dramatically improving our state’s mental health services.

So why does he oppose it, then? What secret “Wyoming solution” does he plan to unveil that could come anywhere close to the same positive impact?

Hollis Hackman, legislative chair of the Wyoming Psychological Association, spoke at the governor’s summit on mental health. He explained that Medicaid expansion will reduce the roadblocks to affordable mental healthcare in Wyoming, especially for people without insurance.

Medicaid expansion reduces the number of uninsured people in our state, allowing them to seek mental health care if they need it and not have to worry about crippling medical debt—something that could make their mental health even worse.

In a follow-up op-ed, he noted that 30 percent of Wyoming adults reported symptoms of anxiety or depression last year. Nearly one in every five members of this population did not receive treatment because they couldn’t afford it.

Windecker, of the Montana Behavioral Health Alliance, said that Medicaid expansion was particularly helpful for ensuring that her state retains a healthy workforce and a strong economy, because it helps workers secure treatment when they need it, and before their problems spiral out of control.

At the gubernatorial debate, Gordon said he’s worried about what happens to Wyoming’s Medicaid program when the federal government stops funding it.

But that hasn’t happened in the decade since the Affordable Care Act made Medicaid expansion a state option, and there have been absolutely no signs that it will ever happen.

Meanwhile, no state that passed expansion has ever decided to stop it.

But there are plenty of far-right activists and organizations that have used this argument to spread misinformation, and it’s sad that Governor Gordon has decided to side with them.

Many of his statements seem to indicate that he does, in fact, care about Wyoming’s mental health crisis. But neither statements nor conferences nor moving speeches save lives or solve problems.

If Governor Gordon continues to refuse to oppose the one obvious solution to dramatically helping our mental health crisis, it begs the question about how serious he actually is.

Scroll to top
Share this ArticleLike this article? Email it to a friend!
Email sent!