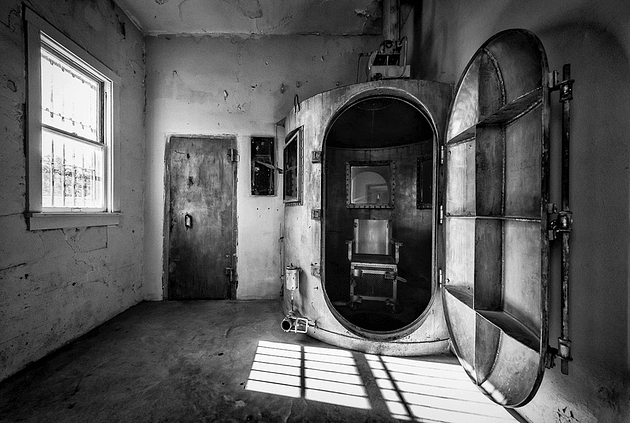 A funny thing happened during debate in the Wyoming State House on Wednesday over a bill that would end the death penalty here: No one said that they had at one point in time been opposed to capital punishment, but later changed their mind to support it.

On the other hand, several lawmakers described how, at some time in their lives, they had believed in the death penalty, but then they realized that it is wrong.

The reasons for their changes of heart varied.

Rep. Sue Wilson (R-Cheyenne) said that she was once a death penalty supporter. But then she realized that, as in so many other cases, the government can—and often does—make mistakes. She said the thought of executing an innocent person horrified her. 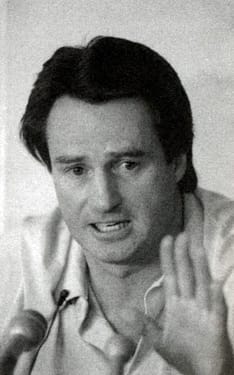 Mark Hopkinson was executed in 1992

Rep. Danny Eyre (R-Lyman) said he’d always believed in capital punishment—he’d even argued on behalf of it in high school debate club. But then he saw the fallout in his own community when Wyoming executed Mark Hopkinson, the last person to be put to death in this state. Eyre grew up with Hopkinson and knew his family. When the state put him down, Eyre said, even Hopkinson’s horrible crime didn’t seem to justify the emotional and psychological harm in his small town that followed the execution.

But if the pattern today is any indication, it seems unlikely that many—or any—legislators will defect to side with capital punishment.

A huge hurdle, then, has been overcome in the effort to end the death penalty in Wyoming.

Rep. Jared Olsen (R-Cheyenne), the sponsor of HB-145, has won support for his bill in the ultra-conservative Wyoming Legislature by arguing that it’s a small government, pro-life proposal.

In his comments to the House on Wednesday, Olsen explained that having the death penalty on the books is grossly wasteful, even though it’s only been used once in Wyoming since 1976, when the U.S. Supreme Court reinstated the practice.

Wyoming spends on average something like $1 million a year on the death penalty, even without putting anyone to death. That’s because every time a prosecutor even hints that a case they’re trying might result in capital punishment, the 8th amendment of the U.S. Constitution requires extra safeguards for the defendant to be put in place.

“Every dollar we spend on a broken death penalty system is one dollar less we could spend on programs that actually prevent crime.”

They also cost more for the state to prosecute than cases seeking life imprisonment.

Bob Lampert, director of the Wyoming Department of Corrections, testified at last week’s hearing about the cost of imprisoning an inmate facing death. Death penalty convicts, Lampert said, are always held in more restrictive, more costly environments. On top of an expensive—and necessary—appeals process, Lampert said such inmates demand additional staffing. On average, they cost the state roughly $167 a day to house, compared to $128 for a normal inmate—a 30 percent difference.

During Wednesday’s debate in the House, Rep. Tyler Lindholm (R-Sundance) reminded his colleagues that Wyoming’s resources are finite, and that money wasted on the unused death penalty could be going toward better things.

“Every dollar we spend on a broken death penalty system is one dollar less we could spend on programs that actually prevent crime,” Lindholm said. He mentioned law enforcement training, victims’ services, and mental health treatment.

The sanctity of life

Olsen, the bill’s sponsor, is a pro-life Christian conservative. On Wednesday, he told the House a story of how he’d been struck the night before, while holding his young child, with a strong sense of the sanctity of life.

“I was overwhelmed by how precious life is, especially since I knew I’d be presenting this bill today,” he said.

He went on to say that a society’s laws should reflect its values. If lawmakers believe that life has inherent value, Olsen said, then they should support his bill to strip the government of its ability to administer death.

Olsen’s comments echoed statements by Deacon Mike Lehman, of the Catholic Diocese of Cheyenne, who testified at the committee hearing on HB-145 last week.

“The death penalty teaches kids that human life has no inherent value, but that instead a person’s value is based on the perceptions of those who have more power,” Lehman said.

A government of gods or humans?

Not all “pro-life” members of the House were so generous. Olsen is a staunch opponent of abortion, but at least he carries his belief in the sanctity of life with him when he addresses issues that don’t involve policing women’s bodies.

The same cannot be said, sadly, of Rep. Scott Clem (R-Gillette), one of the Legislature’s most fanatical “pro-life” members.

At both the committee hearing last week and on the floor of the House today, Clem explained that he believes the findings of criminologists who have determined the death penalty does not deter crime. But, he said, as a Christian minister and “Biblicist,” he believes that God alone grants the government power—and that power includes killing people.

“The only reason we have power here, according to the scriptures, is because it was given to us by God,” Clem said. “And we can wield that power.

“In other words, if you do something wrong, be afraid of the government,” he said.

Clem’s colleagues did not, however, seem to agree that state legislators possess divine powers.

In fact, it is precisely because the government is made up of people—not gods—that some lawmakers chose to support the death penalty’s repeal.

Rep. Andi Clifford (D-Riverton), a member of the Northern Arapaho Tribe, told the House that her aunt had been raped and murdered at the age of 18. But she did not yearn for vengeance.

“I was raised with cultural beliefs that we cannot live with anger and being bitter—we were taught to forgive,” Clifford said.

Things like mortal consequences and judgement, she said, “are for the Creator to decide. We’re humans. We make mistakes.”

Senate Committee chaired by Eli Bebout advances an oil tax break that would...
Scroll to top
Share this ArticleLike this article? Email it to a friend!
Email sent!