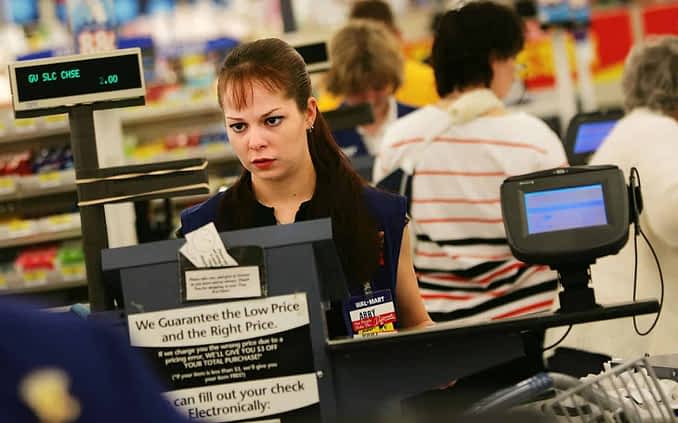 Shuttered coffee shops, empty restaurants, and vacant hotels across Wyoming are by now familiar signs of the COVID-19 crisis.

By far, most Wyomingites who work as housekeepers, bartenders, food servers, and other hospitality staff are women. In fact, women make up nearly three-quarters of the state’s minimum wage earners and tipped workforce.

As layoffs and cut hours sweep the state, low-wage workers who have little or no financial safety net are facing serious challenges, including decisions about which basic necessities to do without.

Add to that fact the increased threat of domestic violence in quarantine, the disproportionate burden of caring for children home from school, and a general lack of access to healthcare and sick leave, and it seems as though Wyoming women—who already lag behind men in terms of earning and savings—are bearing much of the COVID crisis’ brunt.

When the economy crashes

For low-wage workers, the challenges of coronavirus are intensified versions of familiar problems.

Throughout Wyoming, wages in recent years have stagnated while costs of living have increased. Housing and food insecurity remain unchecked by any meaningful solutions, while the number of people without healthcare access grows. 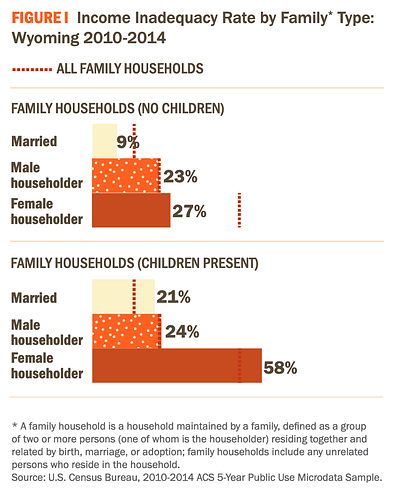 According to a study by the Wyoming Women’s Foundation, one out of every five Wyoming households does not earn enough to be “self-sufficient”—in other words, earning enough to cover basics like groceries, rent, childcare, and car maintenance. Far fewer households have the financial resources to survive months-long stretches without income.

Even lower on the income scale, of the 37,000 people living below the federal poverty line in Wyoming, 23,000 of those are women.

Negative oil prices and closed coal mines might grab headlines. But when Wyoming’s economy crashes, it crashes hardest on these women’s heads.

For Jen Simon, a senior advisor for the Equality State Policy Center, the COVID crisis highlights the connection between policy, poverty, and Wyoming women.

“Anything you were doing before a crisis is amplified by a crisis,” Simon told Better Wyoming. “If you’re making bad policy, it becomes extra apparent in a crisis just how bad that policy is.”

“Anything you were doing before a crisis is amplified by a crisis. If you’re making bad policy, it becomes extra apparent in a crisis just how bad that policy is.”

With a legislature that’s a whopping 84 percent male—the worst gender disparity in the nation—Wyoming’s record on women’s issues is just as bad as its record on poverty.

In fact, the two are closely related in Wyoming.

For instance, the Equality State has among the worst gender wage gaps in the nation. The state’s unassailing support of the male-dominated mineral industries, with their high-paying jobs, contributes to this situation. But even in comparable positions women earn just 68 cents for every dollar a man takes home.

The Wyoming Legislature has done nothing to address the issue, other than commission a report. A bill that would have promoted wage transparency, making it easier to ferret out blatant wage inequality in the workplace, failed introduction during the 2020 legislative session.

Aside from issues that are clearly gendered, like the wage gap, Simon points out that a number of policies commonly thought of a “gender neutral” disproportionately affect women in Wyoming.

“The rate of Wyoming women working in low- and minimum-wage jobs is almost three times that of Wyoming men.”

Issues like Medicaid expansion and the minimum wage, she says, are really women’s issues in Wyoming, which makes it easier to understand why our Good Ol’ Boy state legislature so easily dismisses them.

The legislature has a long history of defeating proposals to increase the minimum wage, keeping Wyoming’s rate tied with Georgia as the lowest in the United States. It has defeated proposals to expand Medicaid for eight years straight.

The connection between women’s low wages and their lack of healthcare access is clear, Simon says.

“The rate of Wyoming women working in low- and minimum-wage jobs is almost three times that of Wyoming men,” she wrote in a column. “Which is why the Wyoming Department of Health estimates that women between the ages of 18 and 29 who work full-time would be nearly three times as likely as their male counterparts to enroll in an expanded Medicaid program.”

With low wages, no safety net, and no healthcare, too many Wyoming women are in a situation where any sort of crisis—personal or global—can have severe consequences.

A return to not-so-great normalcy

Many such businesses employ the low-wage and tipped female workforce that has been squeezed during the crisis.

But under closure by public health orders, many employees have also been eligible for unemployment. If they were fortunate enough to obtain it, they could at least stay home, (hopefully) receive benefits, and face a decreased risk of contracting the COVID-19 virus.

Now that the orders have been lifted, such workers will no longer be eligible for unemployment. Fear of getting sick is not generally a reason someone can apply for benefits, even in jobs like hairdresser that involve close proximity with clients who might be unaware they carry the virus.

The state will soon receive a $1.25 billion stimulus package from the federal government, which will be put to work to alleviate some residents’ economic hardship.

But without fundamental policy changes, the best we’ll be able to help for as a result will be a return to normalcy, which for many Wyoming women wasn’t that great to begin with.