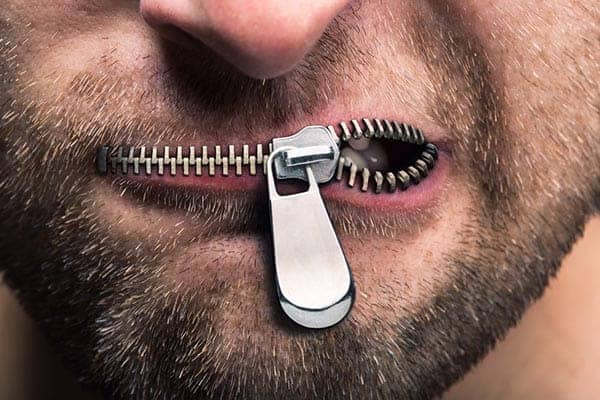 Controversial bills tend to at least get debated in the Wyoming Legislature, but this year lawmakers killed Medicaid expansion without uttering a phrase.

Wyoming legislators are so experienced killing Medicaid expansion, they did it in record time Monday, the opening day of the 2020 session.

The House voted 20 – 39 against House Bill 75, marking the eighth straight year the Legislature has rejected a Medicaid expansion bill.

This time, lawmakers were able to deep-six the issue without declaring why or even uttering a word.

They can now proceed onto important matters, such as deliberating metal mustaches and making sure old ladies don’t get scalded by their showers in the nursing home.

Medicaid expansion died this year amidst a flourish of parliamentary procedure dull enough to make you queasy.

The Legislature’s Management Council had crafted a special set of rules to speed things along during this year’s 24-day budget session.

Bills must receive at least two-thirds support during a budget session to be introduced and assigned to a committee for further consideration. Wyoming is one of only a handful of states that ever requires such a supermajority vote.

Since most bills sponsored by legislative committees—as opposed to those sponsored by individual lawmakers—have already been vetted and discussed, the Management Council figured they should get a fast track to introduction.

So, all the committee bills were grouped together on a “consent list” to be voted on as a package.

The Joint Revenue Committee had sponsored Medicaid expansion, so it looked like it would sail through with the rest of the “consent list” committee bills. That vote was 58 – 0 Monday.

But after a “consent list” vote, lawmakers are then asked whether they want to change their votes on any particular bills.

In the case of HB-75, 36 representatives stood. The House clerk read their individual names and marked them down as “no” votes.

So, the opponents didn’t even have to say a single word to kill Medicaid expansion in 2020. It was literally a silent death.

HB-75 would not have automatically expanded the healthcare coverage program for low-income residents, which legislative leaders have fiercely opposed since the first vote in 2013.

Instead, the bill would have authorized Gov. Mark Gordon, the Wyoming Department of Health, and the state insurance commissioner to negotiate with the federal government to craft a Wyoming-specific program.

The Wyoming Department of Health estimated that Wyoming would have added between 19,000 and 27,000 low-income residents to an expanded Medicaid program in its first year. Wyoming would have paid $18 million during the first two years while the federal government picked up the remaining cost of $135 million.

The majority of residents who would be eligible for Medicaid expansion have jobs, but their employer does not offer health insurance. Others are students or caregivers.

These residents’ income levels don’t qualify them for either standard Medicaid or for subsidized health insurance through the federal Healthcare Marketplace. They fall into the “Medicaid gap” that expanding the program would close.

Because they cannot afford to see a doctor, when they get sick they generally turn to expensive emergency room care. Wyoming hospitals write-off more than $100 million in uncompensated care each year. To make up a portion of the lost revenue, hospitals increase the cost of their services. For people who can afford health insurance, their premiums increase. The state covers much of the rest, increasing state healthcare expenditures.

Medicaid expansion, if it ever passed in Wyoming, would be a win for the working poor, hospitals, patients, and state government. Many of the 36 states that have expanded Medicaid since the ACA went into effect have seen significant decreases in private insurance premiums as well as state healthcare spending.

Three of Wyoming’s neighboring states—Idaho, Utah, and Nebraska—passed ballot initiatives in 2018 that expanded their respective Medicaid programs. There are at least two obstacles to Wyoming taking similar action: the state’s requirement of a high number of signatures on a statewide initiative to get on the ballot, and the cost to mount such a campaign.

The Management Council touted its decision to put committee bills on a “consent list” as a way to speed things up during the month-long budget session. But as the quick demise of Medicaid expansion aptly showed, it was also a way to get rid of an always controversial issue in short order.

No one had to explain why they were voting against providing people healthcare. They just stood up, shook their head, and the issue went away … for now.

Wyoming legislators want to cut education funding. So why are they giving teachers...
Scroll to top
Share this ArticleLike this article? Email it to a friend!
Email sent!