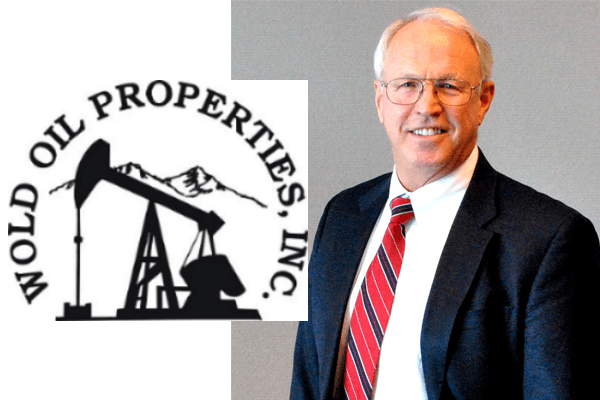 Some mineral companies don’t mind that their industry pays the lion’s share of taxes in Wyoming.

But higher-ups in the oil, gas, and coal industries can see as well as anyone that Wyoming’s dependence on boom-and-bust mineral taxes is an unsustainable way to fund the state.

At least one Wyoming oilman is speaking up about it.

Peter Wold is the president of Wold Oil Properties, LLC, a multigenerational Wyoming-based company with headquarters in Casper and Denver. He’s one of the biggest players in Wyoming’s oil industry, and as a former state legislator he understands how our tax system works (or doesn’t).

Today, Wold has a message for the Wyoming State Legislature: Pass the proposed corporate income tax currently before you during the 2020 budget session, the National Corporate Profit Recapture Act.

Time to end the “boom-and-bust”

Wold announced his support for the proposed corporate tax last fall in a formal letter to the Legislature’s Joint Revenue Committee. He began by spelling out to lawmakers why Wyoming needs tax reform.

“Wyoming presently collects 61% of its taxes from the energy industry,” Wold wrote. “That’s crazy, especially at a time when coal and natural gas production in the state are in decline.”

Peter with his father, John Wold, founder of Wold Oil.

He said that Wyoming’s dependence on such volatile industries as oil and gas doesn’t make sense, especially since we have no control over trends and international events that influence mineral prices and, in turn, our local industries.

“We have heard for many years that Wyoming needs to diversify its economy and tax base away from the boom and bust cycles of the energy industry,” Wold wrote. “It is finally time for the legislature to act on this conundrum.”

A corporate source of revenue

Wold said the National Corporate Profit Recapture Act appeals to him because it would generate revenue from corporations like Walmart and Target that currently pay very little in taxes despite making handsome profits.

“Today we have many large companies and industries making millions of dollars here in the state and leaving Wyoming with no tax revenues from their profits.”

The proposed tax, which the Revenue Committee voted to sponsor during the 2020 legislative session, would only affect publicly traded companies with more than 100 shareholders. No such business are headquartered in Wyoming.

“Today we have many large companies and industries making millions of dollars here in the state, taking their profits back to their home state, and leaving us Wyoming citizens with no tax revenues from their profits,” Wold wrote. “Wyoming is one of only two states in our nation without some kind of broad corporate tax structure. This should change.”

These huge companies, Wold wrote, have “total disregard for the folks that bought their merchandise or services.” The proposed corporate income tax would retrieve “a small portion of the revenue stream that these companies have been taking home.”

Wold stressed to Better Wyoming that his support for the corporate tax proposal does not mean that he thinks oil or energy taxes in the state should change. Rather, he said, the new revenue from corporations would simply help create a more stable tax structure.

A good bill by a lawmaker with experience

Wold told Better Wyoming that the proposed corporate income tax might not be a perfect piece of legislation as it’s written, but it’s close enough that lawmakers should fine-tune it this session and pass it into law.

The bill’s author, Rep. Jerry Obermueller (R-Casper), is a retired certified public accountant with years of experience in corporate taxes. Wold said Obermueller’s practical understanding of the issues gives him confidence in the tax proposal, as does the tremendous amount of research Obermueller conducted to craft it.

Wold said that he’s not alone among people in the oil and gas industry who see that Wyoming is in need of tax reform, even if others aren’t actively lobbying for it.

“I doubt many letters like I wrote have come to the legislature from oil producers,” he said, “but they recognize that our tax structure doesn’t make sense.”

There are, he admitted, others who don’t want to see any new form of revenue in the state. But that’s unrealistic, given Wyoming’s situation.

“I think it’s like an ostrich putting its head in the sand,” he said.

Wyoming House wastes no time—or words—killing Medicaid expansion
Scroll to top
Share this ArticleLike this article? Email it to a friend!
Email sent!