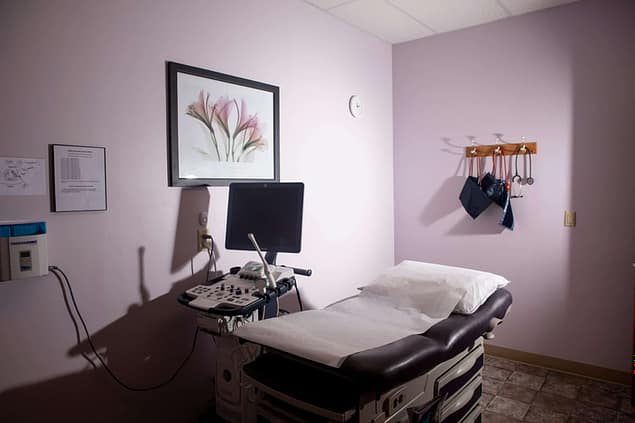 The "born alive" bill would create a law rarely, if ever, used. But it's an incremental tool in the larger anti-abortion effort.

The Wyoming House on Monday once again took up the abortion debate during its 2020 budget session.

This time, the conversation pivoted around Senate File 97, which would criminalize Wyoming doctors who fail to perform life-saving measures for infants meant to be aborted but that are accidentally “born alive.”

The debate pitted lawmakers concerned with medical reality and the well-being of pregnant women against others who demanded that, however implausibly, the full force of the state must come down on behalf of the fetus.

“That baby will be taken into consideration, apart from the mother’s wishes, if necessary.”

Rep. Art Washut (R-Casper) explained that he supports SF-97 precisely because it allows the state to override a pregnant woman’s decision. 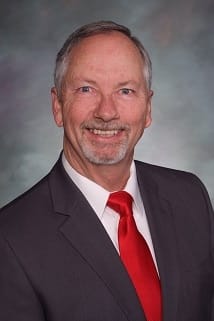 “It says that this child who cannot speak for himself or herself will be spoken for by the people of Wyoming, and that baby will be taken into consideration, apart from the mother’s wishes, if necessary,” he said.

The bill, sponsored by Sen. Cheri Steinmetz (R-Lingle), won easy approval with a voice vote in the House on its first reading Monday night and passed a second reading on Tuesday. It will have one more reading in that chamber. It already passed the Senate, with a 23 – 7 vote, so passage by the House would send it to Governor Gordon.

Opponents of SF-97 said the bill is not necessary, because abortions after the first trimester—about 12 weeks’ gestation—are not performed after 12 weeks in Wyoming.

“This is a bill about viability, which is at a minimum of 23 weeks. This is not an issue in Wyoming,” said House Minority Leader Cathy Connolly (D-Laramie).

But Rep. Sue Wilson (R-Cheyenne) pointed out that state law allows for legal abortions later in a pregnancy if a woman’s life or health are endangered, “according to appropriate medical judgment.”

Since many such cases involve infants with birth defects that would not allow them to survive outside the womb, Wilson’s remarks set off a debate over how doctors must act on behalf of lives that would only last a few moments.

Rep. Lloyd Larsen (R-Lander) recounted how his daughter-in-law knew during her pregnancy that her child had a chromosome deficiency and would not live longer than 24 hours. Larsen said she and his son chose not to have an abortion.

“I want that grieving family to be able to have that infant put on her mother’s chest, where that baby can die next to its mother. Not with tubes down its throat, not with all sorts of machines hooked up over an incubator.”

Even though his grandchild was born blind, extremely developmentally disabled, and only lived for a short time, Larsen said he is grateful that the doctors “provided for us to have those few moments with her.”

“I think we have to look at these little ones and say, if they can survive, even if it’s only for a short time, don’t they have that right?” he said.

But Connolly pointed out that SF-97 would intrude even on that situation, since doctors would be forced to perform “life-saving procedures.”

“I want that grieving family to be able to have that infant put on her mother’s chest, where that baby can die next to its mother,” Connolly said. “Not with tubes down its throat, not with all sorts of machines hooked up over an incubator.”

Proxies for the abortion debate

Debates over abortion bills in the Wyoming Legislature are often proxies for the debate over abortion itself. Per legislative rules, lawmakers must address the details of a particular bill. But their arguments point to the bigger picture.

For some, the question is whether legislators have any business dictating a pregnant woman’s healthcare decision in the first place.

“I can’t imagine that she would want the 60 of us [lawmakers] to weigh in on it,” said Rep. Sara Burlingame (D-Cheyenne).

For others, the sanctity of life is the only real question at stake, and it must be preserved at all costs regardless of a woman’s wishes.

“Life is either precious or it’s not. To me, life is inherently God-given and precious,” said Rep. Jared Olsen (R-Cheyenne).

With such a divisive issue, the debates themselves are often for show—no one is changing their mind, regardless of impassioned monologues.

Rep. Garry Piiparinen (R-Evanston) acknowledged this fact when he gave the last speech on the bill.

Then the House voted “aye” and affirmed its greatness.

Two other anti-abortion bills died during the 2020 session, but they were not voted down by a popular majority.

Instead, they ran up against a formidable reproductive rights advocate, Sen. Charles Scott (R-Casper).

Scott is not known for what one might typically consider “liberal” political stances—he’s long been one of the Legislature’s staunchest opponents of expanding Medicaid, for instance.

And while he’s not exactly Ruth Bader Ginsburg when it comes to reproductive rights, Scott seems to have little patience for proposals like House Bill 197, which would have mandated a 48-hour waiting period for abortions, or Senate File 131, which would have banned abortions after a doctor could discern a “fetal heartbeat.”

Both of those bills were assigned to the Senate Labor and Health Committee, which Scott chairs. And neither saw the light of day after they arrived.

HB-197 and SF-131 would have placed real, immediate obstacles in front of Wyoming women trying to obtain abortions. In contrast, the “born alive” bill that looks likely to pass the House—and which already passed Scott’s committee—will be rarely, if ever, applied. It functions more as an incremental, rhetorical tool in the broader abortion rights fight.

But people in Wyoming should understand how close these other, immediately damaging bills came to passing the Legislature this year—as well as last year—and how one unlikely pro-choice lawmaker stood in their way.

At 74 years old, Scott is not going to be around for much longer to kill anti-abortion bills. But they’re sure to keep coming.

Wyoming schools spared deep funding cuts despite the Senate’s best effort...
Scroll to top
Share this ArticleLike this article? Email it to a friend!
Email sent!