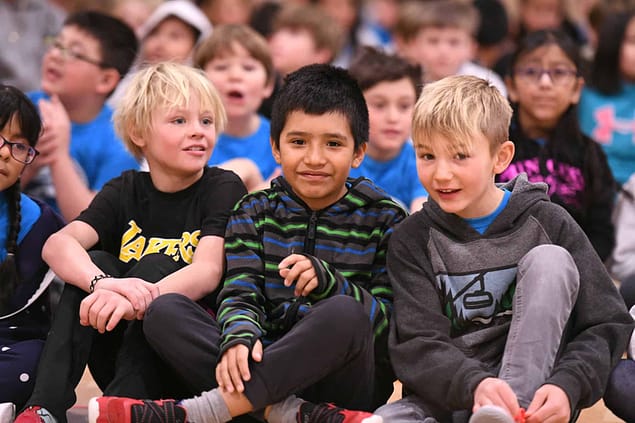 Wyoming public schools will be spared the deep funding cuts pushed by the Senate throughout the Legislature’s 2020 budget session, in part thanks to education supporters in the House as well as a veto from Governor Mark Gordon.

But there are nevertheless some troubling outcomes.

A proposed cost-of-living increase for the next two years, which would keep Wyoming teacher salaries in pace with inflation, will be cut in half in 2022. School districts will also face decreases in discretionary funding, which often also goes toward teacher salaries.

The House and Senate agreed to cut funding used to compensate teachers who receive National Board Certification. But Gordon issued a veto to restore those funds.

Perhaps most troubling is that the Senate killed a bill that would have helped districts pay for special education services. These can be wildly expensive for school districts, and until recently districts could count on the state to fully reimburse special ed costs. Now, districts will need to cover any costs that exceed spending levels from 2018. But special education costs keep going up.

During the 2020 session, a Senate proposal would have created an advisory committee to look for further education funding cut opportunities as part of the “recalibration” process. But the House rejected the move, and “recalibration” will proceed as usual in the coming months.

Once again, the Legislature refused to generate any new significant forms of revenue during the 2020 session. As a result, Wyoming will spend more than $200 million from the state’s “rainy day fund” to cover education costs.

Keeping pace with inflation … sort of 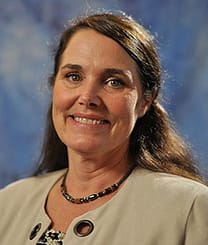 The proposed two-year budget submitted by Governor Gordon at the beginning of the 2020 session included annual ECA increases of $19.2 million for each of the two years. The Joint Appropriations Committee approved the amount, as well, and so did the House.

But not the Senate. Its members amended their budget proposal to eliminate the ECA entirely during the second year of the 2021 – 22 biennium, which would amount to a $19.2 million cut.

The two chambers ultimately agreed to fund the ECA fully in 2021 and to cut the amount of the increase in half for the second year.

Kathy Vetter, president of Wyoming Education Association, said the organization doesn’t have a huge problem with that compromise because of the upcoming “recalibration,” when lots of different funding tweaks will be on the table.

“If you’re going to make some drastic changes, let’s put it off until the second year so we know what [funding through] recalibration will be,” Vetter said.

During that process, the 2022 ECA could be ultimately restored.

After cutting more than $100 million from the statewide education budget over the past four years, Wyoming lawmakers looking to make further reductions have to get creative.

“There is a good possibility that recalibration will demonstrate what we have understood all along—that education, including teacher health care, has been underfunded in the state.”

Rising to the occasion, the Senate also tried during the 2020 session to adjust the entire model by which the state calculates funding levels to cover health insurance.

Because of the way the funding model works, some school districts sometimes receive funds to cover health insurance for positions that are never filled.

School districts currently use these funds for other expenses, including paying staff members higher salaries. This helps districts—especially in rural parts of the state—overcome the troubles they have attracting and retaining quality educators.

Negotiations between the House and the Senate settled on a compromise that will cut up to 7.5 percent of districts’ health insurance funding. The cuts will come in two phases and will amount to $2.55 in 2021 and an additional $5.1 million in 2022.

However, “recalibration” might once again play a role in neutralizing some of those second-year cuts. A Wyoming Education Association memo on the cuts explains: “Since recalibration will examine the health insurance component of the [education] funding model, there is a good possibility that the findings will demonstrate what we have understood all along—that education, including teacher health care, has been underfunded in the state and the cut will have to be rolled back.”

A veto on behalf of teaching excellence

The Senate’s proposed budget also decreased funding that school districts use to compensate teachers who earn National Board Certification.

“Wyoming does not welch on her promises.”

Teachers who go through the rigorous and costly process currently receive compensation of $4,000 per year. They must re-certify every five years.

A deal reached between budget negotiators for the House and Senate cut that amount to $3,000. To Vetter, the WEA president, that amounted to a broken promise.

“The problem is we made a commitment to those people,” Vetter said. “They thought they were going to get [the stipend] and all of a sudden we’re now cutting $1,000.”

“To change the incentive for this hard work on teachers in the middle of the program … is going back on a commitment,” Gordon wrote. “I recognize this program may run out of funding sooner as a result but Wyoming does not welch on her promises.”

Perhaps the Senate’s must troubling effort to underfund Wyoming schools came not in the form of a cut, but in its rejection of House Bill 46, which would have removed a spending cap for special education.

For years, the state reimbursed school districts for 100 percent of their special ed costs. But in 2018 the Legislature put a “cap” on the amount the state would reimburse, based on what it had spent on each district the previous year.

That can be a major problem for school districts, especially those that have special ed students move into them who require “out-of-district placements.” Districts can neither anticipate these transfers nor do anything to prevent them. So they must pay upwards of $300,000 per year for each student.

With state spending on special education frozen, districts must tap reserve funds or locate monies in other parts of the budget if costs go up.

HB-46 would have removed the cap on special education funding. It passed the House by a sizeable 42 – 16 vote, and the Senate Education Committee unanimously approved it.

But when it reached the Senate floor on first reading, it died on an 8-16 vote, with six senators excused. The cap will remain at least through the end of the 2021 – 22 school year.

Legislature passes a bill making it easier for Wyoming communities to tax t...
Scroll to top
Share this ArticleLike this article? Email it to a friend!
Email sent!